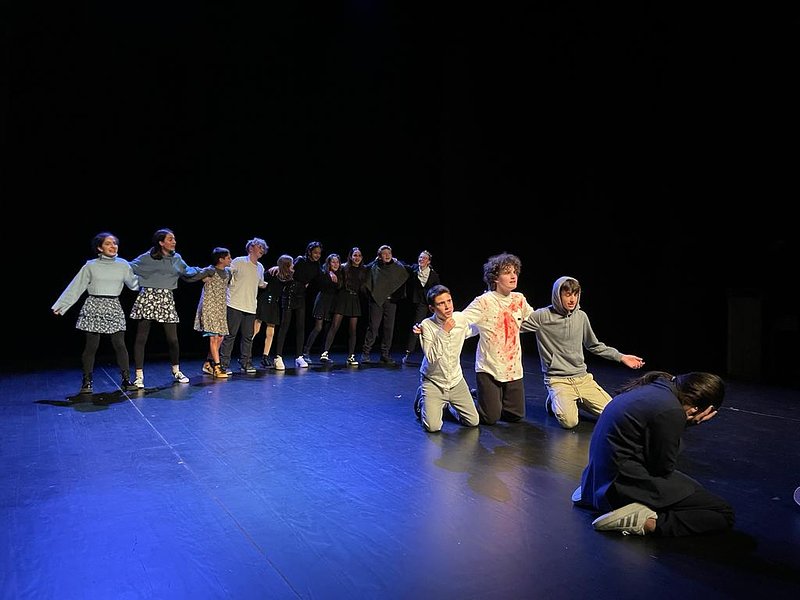 Students aged between 12 - 16 from St George's, ISL and European School I, supported by staff and parents, performed shortened versions of Shakespeare classics from Hamlet to Romeo and Juliet, Macbeth and Julius Caesar.

Some plays were co-directed by other students, whilst some had some help from teachers. A few students were also involved in the demanding task of stage management.

We were entirely surprised and impressed by some of the young actors' vocal work, who were clear and resonant and heard throughout the studio.

It was a brilliant evening, not only for us guests, but for the performers as well, who shared with us the results of what were certainly some very fruitful and unforgettable rehearsals.

We were blown away by the young performers’ creativity, and their willingness to play on stage, and enjoy these wonderful texts.

Whilst shortened, all participants showed a great understanding of the stories they were sharing with their audience.

“It is really exciting to see three schools in Luxembourg come together for this event,” Mrs Williams said. “Confidence, collaboration and articulacy are essential skills for life and it is a joy to see students from St George’s, ISL and the European School, Kirchberg develop these skills as young adults.” 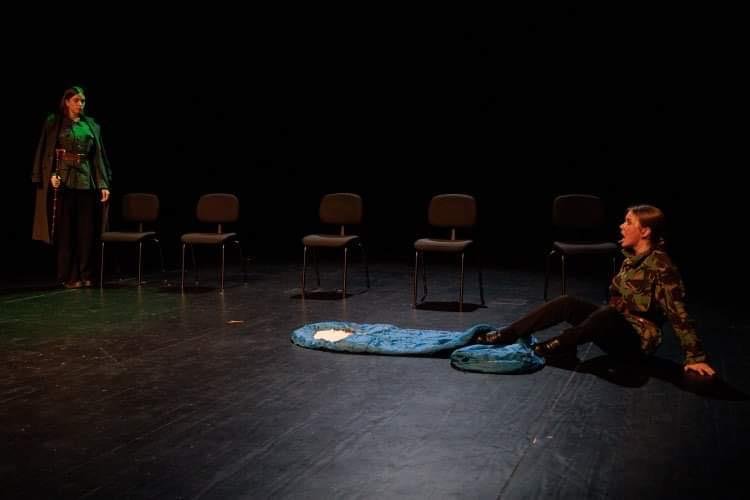 Caesar's ghost (left) and Brutus (right) in one of the strongest scenes of the Festival. Julius Caesar was presented by an all-female cast from the European School of Luxembourg 1 / © Alfonso Salgueiro Lora (with permission)

St. George’s Romeo and Juliet and the International School’s Macbeth were my personal highlights for their playful nature, and because we truly enjoyed just how ‘their own’, the children had made it.

But it was Julius Caesar, presented by an all-female cast, with slightly older students, from the European School of Luxembourg I, that left me wanting more. I could have watched this young cast perform the entire play.

From their commitment to their characters, to the use of more of the original text, the cast entirely suspended my disbelief, bringing me to their Rome, and their assassination of Julius Caesar.

The attentive listening and reactions by some of these young actors, pinnacled in the interaction between Brutus and Caesar’s ghost, led me to believe and hope to see these young actors perform again in the future.

Congratulations from all of us here at RTL Today, to all the participants and organisers, for a wonderful, we hope first of many, School Shakespeare Festival!