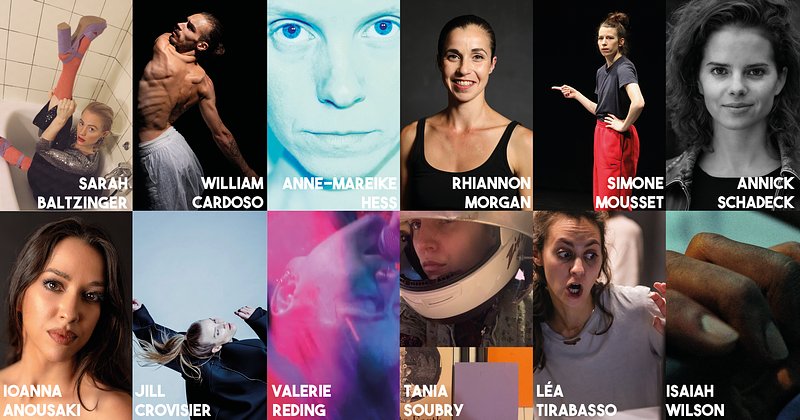 Between openings and reopenings, theatres and performers across the globe have had to prove their creativity when it comes to alternative performances.

The newest proof of this challenge is a new format brought to life by the "Centre de Création Choréographique Luxembourgeois" - or TROIS C-L for short.

As the title suggests, the first edition of the format ‘1+1 au 3’ will be presented on 3rd February. The first edition was initially supposed to take place in December, but had to be postponed due to coronavirus restrictions within the sector.

In this particular case, however, the postponement had a positive outcome. The project was planned to be based around six local artists. In the meantime, that number has doubled, with six of them performing live via Zoom and six others in-person in the Banannefabrik. Among the artists are Ioanna Anousaki, William Cardoso, Annick Schadeck and Isaiah Wilson.

The idea is to have only two people (1+1) participate at every performance, with one of them being the artist and the other one the viewer. While the format in itself is not completely new - similar projects have taken place in other countries - TROIS C-L decided to mix things up a little more by making a so-called ‘Blind Date’ out of it. As such, the viewer can decide whether they prefer an online or an in-person performance, but they can’t book a specific performance. For the in-person performance, the audience is asked to choose between six different objects and are attributed to an artist based on the object that you choose. For the Zoom performances, it’s by chance.

“As viewers, we’re so used to hiding in the dark during performances, so this one-on-one concept can be quite intimidating to begin with”, says Bernard Baumgarten, Art Director of TROIS C-L. “But it also creates this sort of intimacy and depth to the piece, because you know that in that moment, the artist is performing only for one person and that is you.”