World-renowned film composer Alexandre Desplat is exploring a new venture, which will have its premiere at Luxembourg's Grand Théâtre on Tuesday evening.

He won his first Oscar for his musical score to Wes Anderson's Grand Budapest Hotel. In 2018, Desplat received acclaim by winning his second Academy Award for the original soundtrack of Guillermo del Toro's The Shape of Water.

Desplat created the chamber opera En Silence alongside his wife Dominique 'Solrey' Lemonnier and the Luxembourgish ensemble United Instruments of Lucilin. The chamber opera is adapted from a short story by Japanese author Yasunari Kawabata. 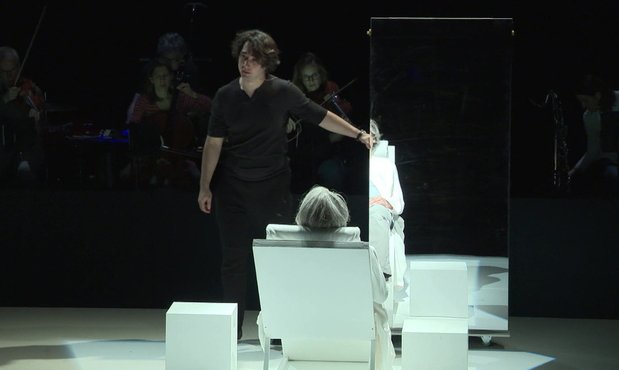 En Silence tells the tale of a young writer who meets an older writer who has suffered a stroke and is no longer able to write or speak and refuses make any facial expressions or gestures, negating himself as a final affirmation. With the help of ten musicians, two singers, and an actor, Desplat and co transform the poetry of Kawabata's prose into music. Desplat found the creation of the opera to be a particular challenge.

The project allowed Desplat and his wife, the director of the chamber opera, to combine their creative universes and work together.

The opera will be performed on Tuesday and Wednesday at the Grand Théâtre. More information can be found on the website.