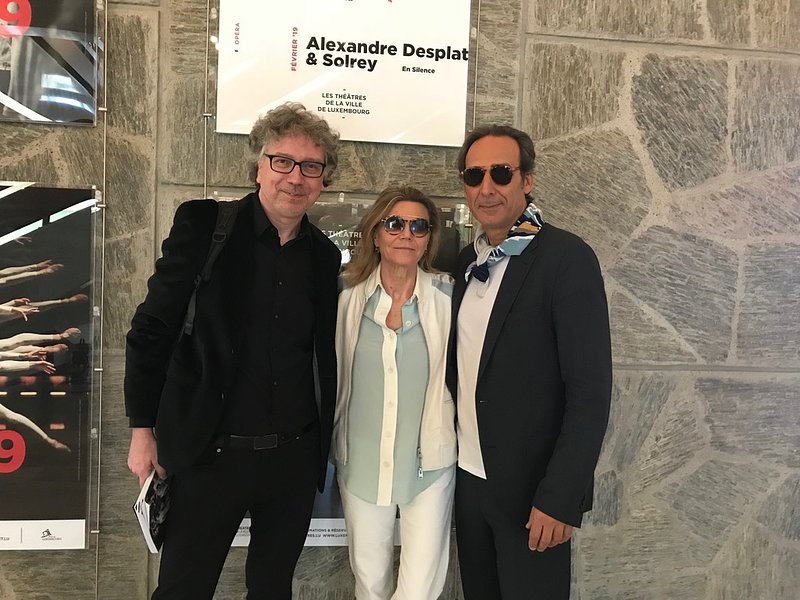 It is far from usual that an Oscar and Golden-Globe winner practices in a Luxembourgish theatre...

Together with his wife Solrey and the Lucilin ensemble, the composer is currently practicing for a chamber opera in Luxembourg's Grand Theatre. This opera genre is a first for Desplat. Even though the February performance will be his first project to be entirely realised in Luxembourg, he already knows the Grand Duchy quite well.

The 2004 Luxembourgish co-production “Girl With a Pearl Earring” had landed him his first Golden Globe nomination - an award that he since won twice.

Apart from bagging the Oscar for his music for "The Shape of Water," he also won the prestigious award for "The Grand Budapest Hotel" (2015) and received another 9 nominations.