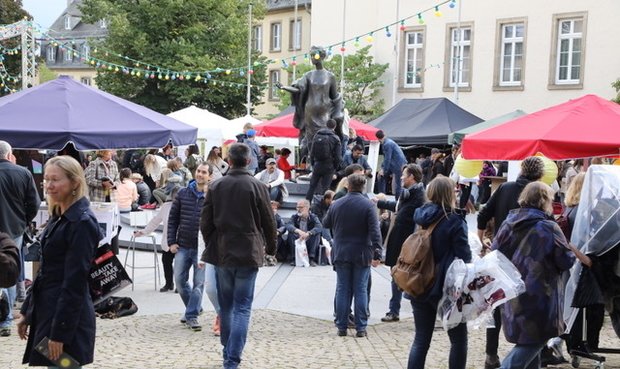 On 15 September, Luxembourg's theatre federation will officially open the new season and its members will take to the streets - the Grande Rue in particular - to talk to the people.

The traditional theatre festival will be forgone and instead, the theatre federation members are keen to start cultural and political discussions.

The different members are represented by about different 21 market stalls from 2pm onwards, which will inform visitors about the productions that are about to launch in theatres across the country.

This year, there will be no short demonstrations, visitors are expected to discover individual pieces in the theatres themselves.

The theatre federation will also raise awareness about the difficulties the industry is facing today. It is a sector that is becoming more and more professional. Political parties have been invited to a round table discussion, to talk about the culture development plan and proposals the theatre federation has made to improve the sector in the hope that a pragmatic analysis and a cooperative search for solutions.

The theatre federation is adamant that culture should not be considered "the odd one out" by the next government. At the moment, only 1% of the national budget is spent on culture and there needs to be another discussion about how to use the money most effectively.

The meeting between Luxembourg's political parties and the theatre federation will take place on 15 September at 4pm at the Cercle Cité cultural centre in Luxembourg City.