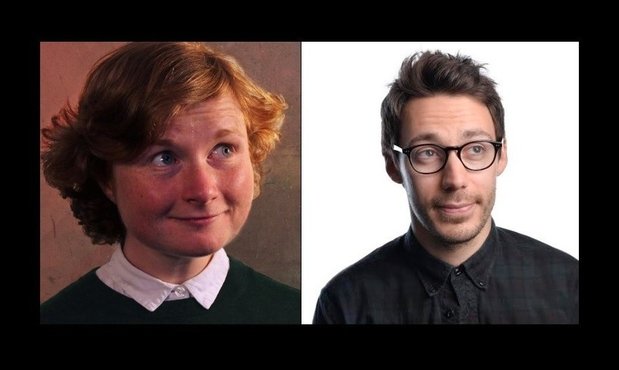 Tickets can be bought via:
https://billetto.eu/en/e/earlybird-tickets-for-luxembourg-english-comedy-showcase-on-sat-sept-22-tickets-304417/

Tom Deacon (UK) - As a comedian he has performed on Dave's One Night Stand and Edinburgh and Beyond on the Comedy Central channel. Deacon began hosting the Sunday night slot on BBC Radio 1 from 7pm in March 2010, Also in 2010 he presented the 50 Most shocking moments in 2010 world cup. Deacon won the Chortle Student Comedian Of The Year award in 2007, appeared at the Edinburgh Fringe Festival in 2008 as part of the 'Comedy Zone' and made his Edinburgh solo debut at the 2009 Fringe Festival with his show Indecisive. He returned to the festival in 2011 with solo show, Can I Be Honest? In August 2012, Deacon is debuting Tom Deacon: Deaconator.

Áine Gallagher (Ireland) is the resident MC for Funny Women Ireland and she is fresh off her hit show at Edinburgh called ‘Are You Well?’ She shares stories of her latest encounters on public transport and other endeavors and provides insight in how to live happily and reduce stress when trying to understand graphs and other work-related things - an escape for all! Fans of deadpan comedy will love her. She also leaves no questions unanswered about social norms and sex appeal, as well as guaranteeing audience members fully functional Irish language skills after just 60 minutes.