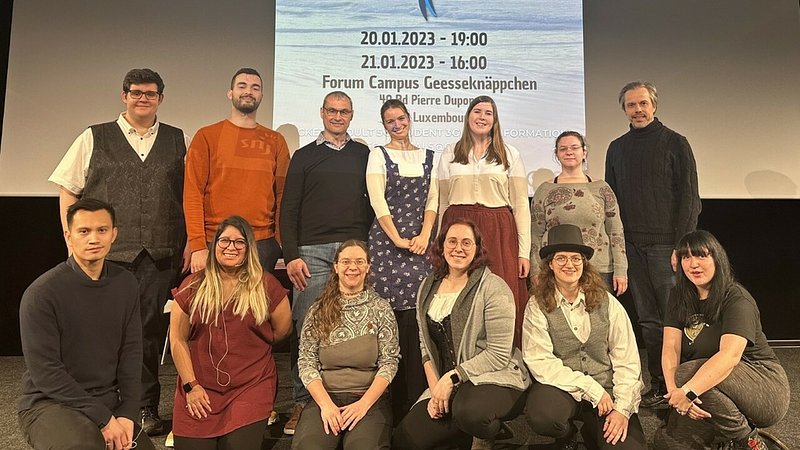 Group picture that Fernand Delosch, a professional Musical Actor and one of three coaches that helped out.

Four languages, two original songs and a story that will keep you hooked - this and more can be expected from the Luxicals winter concert that will take place this January at Forum Geesseknäppchen.

Luxicals is an international musical theatre group that was formed in 2021. They have even appeared on Melissa Dalton's Home Stretch show on RTL Today Radio a couple of times, as recently as October.

Last September we published a call for motivated young people to join Luxicals for their winter project.  The time has finally come! The concert is around the corner and we've got all the details!

The group performs in Luxembourgish, German, French and English, and this concert will be no different! Two originals songs were recorded for the show, one in Luxembourgish and one in German that will be released this month.

The story revolves around Naomi and Alejandro, who find a box in the attic containing love letters dating back to 1819. Filled with curiosity, the pair read them and are quickly swept up in the love story between Emma and Oliver, who met at a Christmas Ball.

The pair learn that after receiving tragic news concerning his father, Oliver is forced to leave Emma behind. With heavy hearts, the lovers continue to share their love, sorrows and joy through written letters. But did their love withstand the distance and emotional turmoil that comes along with it?

If you want to find out how the story ends, head over to Forum Geesseknäppchen to see for yourself!

Tickets can already be ordered via info.luxicals@gmail.com.

But the good news doesn't stop there: Luxicals will participate at this year's edition of the 'Jugendpräis' with the founding of their musical singing group!

Supported by the Service National de la Jeunesse - SNJ, the aim of this project is to deepen the skills related to the organisation and implementation of performing arts.

If you're curious and want to know more about Luxicals, click here to take a look at their short presentation video. Perhaps we'll even see you in one of their future projects! 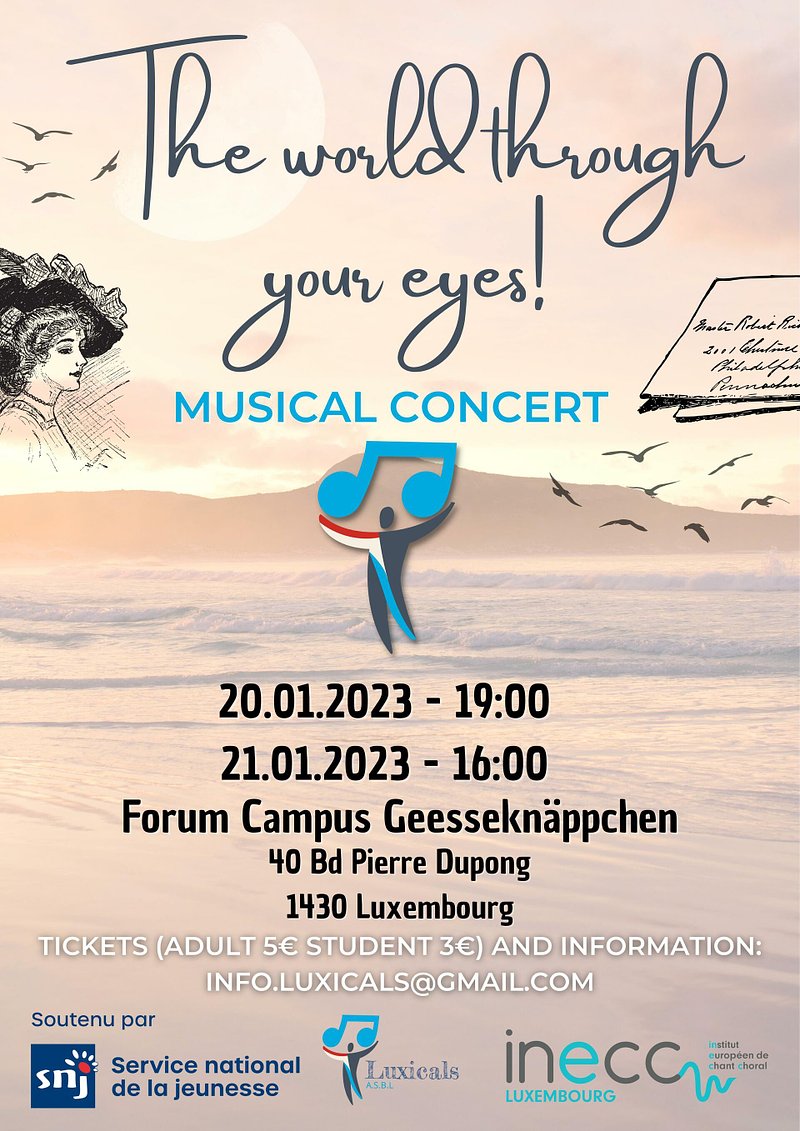