Compiled with video footage from dark moments of 2021, Luxembourg-rapper Maz is back in town with a new music video titled 'Apocalypze ('021)'. The track is produced by Falcon.

The song "Apocalypze ('021)" represents Maz's true metal influences and his love for dark trap music and melancholic atmospheres. The lyrics are quite biblical, but topped with a little twist and in terms of meaning, the song is meant to provoke mixed feelings within the listener considering the new year 2021 - is it the end or the beginning?"

RTL Today sat down with the young artist and chatted about the past year, its influences in this new release, getting back on stage in a new live format, and future post-pandemic plans.

Very good question. I think it's both and that's what I tried to show in this song. On the one hand, I feel like the world and our society is in a really bad place right now. With all the stuff that has happened in 2020 (there's a small compilation of catastrophic videos at the beginning of the video), it felt and still feels like we're slowly but surely heading towards an apocalypse. That's what it looks like in the media at least. At the end of the year (like every end of the year), people said things like "Leave 2020 behind, there's a new year ahead of us"etc. but I wanted to shock a little bit and say the opposite because I don't think that a number on the calendar changes anything, that's why it's "Apocalyze ('021)".

On the other hand, for me personally it's a new beginning. It was a weird year for my music but I used the time to re-think, re-structure and most importantly to write very special songs with a special vision. I'm very proud of my work and there's a lot coming.

How has this last year been for you, both as human being and as an artist?

It was a very weird, frustrating and at the same time very rewarding year. There were a lot of ups and downs. Obviously the career part took a blow and that was quite hard. At the same time, personally, I definitely needed a break to go through some issues I had and I had the time to reflect on everything. It was year of growth and healing and I think I made huge progress in my personal life, which of course has a very positive influence on my creativity, hustle and on my project in general. 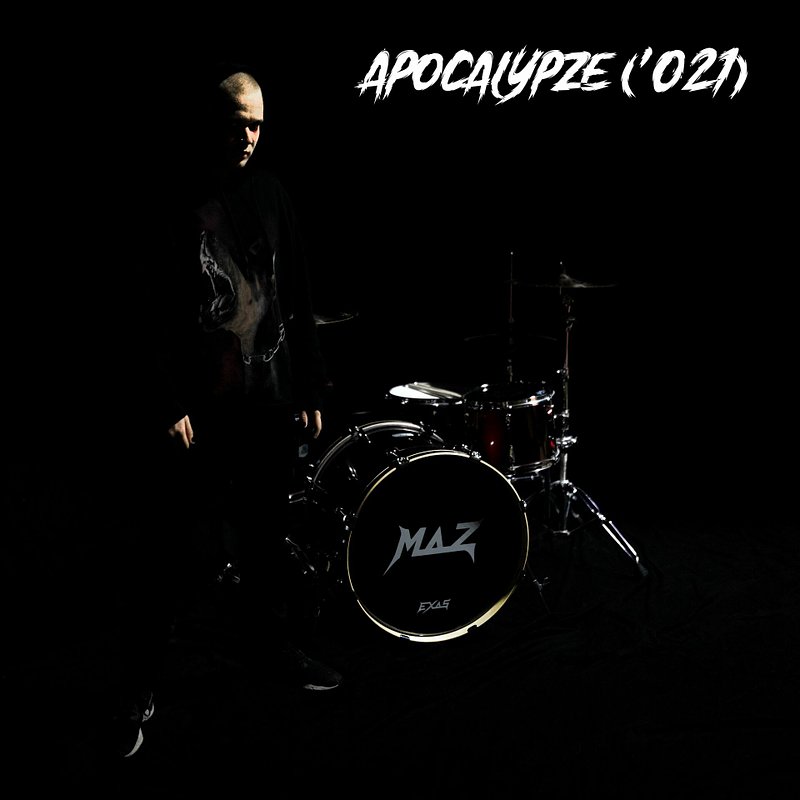 This pandemic has unfortunately led to some artists giving up their work completely, for financial or other reasons. Did you have a moment when you considered it for a second too?

That's such a sad thing and I'm glad that my answer to this question is a clear "no". It was definitely a little harder in many aspects but I found my ways. I still believe that there's nothing that could make me give up. Not my personal issues, not a pandemic, nothing. This is my purpose.

"Apocalypze ('021)" inspires a real "band feeling" live - is that how you imagine future live shows to be?

I can't wait to play a real show, there will not be one single person to just stand around. This new show will be like small earthquakes.

Absolutely. I'm very happy to introduce my childhood friend Yebo Rich (Riccardo Tomasini) as my drummer. Since I've played the drums myself and I'm a huge fan of the instrument, I wanted to include this element in the live shows. We have made some tests already and it's going to be incredible. It adds this amazing rock-metal sound (that I love) to my already very energetic songs, fast rapping and live appearance in general. I can't wait to play a real show, there will not be one single person to just stand around. This new show will be like small earthquakes.

Further reading: Maz stormed the Rockhal, electrified Belgium, where to next?

What is the story behind the song? Is it representative of a feeling in your life at the moment?

Yes definitely. I had this idea of apocalypse since there was and is so much bad stuff happening on the planet. That's why I looked up The Book of Revelation in the Bible. Some of the lyrics are actually quite biblical but with my own personal twist and touch. All year long I felt like I was just witnessing people go crazy on the internet while being confronted with my very own problems. I was even more interested and attracted to the dark and evil than I was before so that's also a little bit what I'm trying to represent in this song. Also the fact that I'm doing this crossover between Rap and Metal/Emo.

The thing is that I have always been in love with dark content ever since I was a kid. Whether it was music, movies, photography, paintings or books - it always had to have some kind of dark touch to be really appealing to me. Now I'm happy to have found myself in my artistic vision and identity, so there's also this big wave of confidence that comes with my wave of darkness. But there's a going to be a lot of light in the darkness too, that's the purpose, but more on that later.

What are your future plans for the next year or so?

There's a lot of stuff coming. I've got powerful singles, videos, live sessions, new merch and more coming up. There might be a new EP at the end of the year, but we will have to see. The idea is to take it one song at a time for the next few months and keep building this fanbase. Then of course I really hope to be able to play shows...I have been booked for some already this year, but it's too early to know whether it will be possible. Can't wait to go on tour again. Let's hope for the best.