Sky is the limit for young new rap and hip hop star.

A few weeks back, as part of our Introduces series, we stopped by to chat to an emerging artist fresh out of school and battling with juggling essays, exams and being a rap and hip-hop star.

Before Maz even begins to speak, and I am sure he is quite aware, there are number of things that immediately count against him and his so-called urban credentials. His boyish good looks and his long blonde hair are a couple, right off the bat. The fact that he’s hardly from the most impoverished of backgrounds is, perhaps, a potential deal breaker.

How is a 19-year-old Luxembourg lad going to spit bars and deliver verse as tightly woven as skittering sidewinders squashed in a shoebox and, more to the point, how are people going to take it? It’s hardly Eight Mile in the Grand Duchy.

Well, not only did Maz blow any sceptics off the face of the Belval based Rockhal floor but he went a long way to dispelling any doubt that he is the real deal.

There’s books, there are covers. And there are judges. 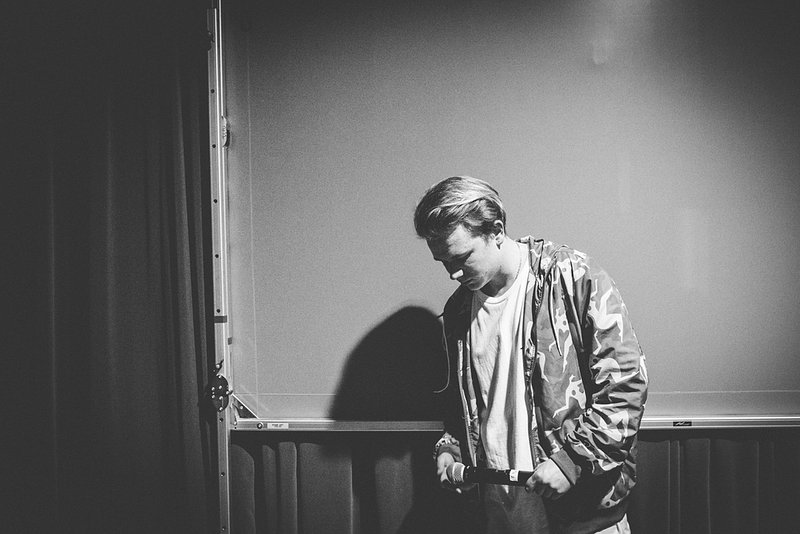 Why should we be so surprised? This is the same artist who stole the show at last year’s Screaming Fields Fest and has been invited back and promoted to this year’s Sonic Visions. Meet Maz in person and you ‘get it’. There is a drive in play that belies preconceptions. There’s an ethic that screams ‘SUCCESS’. There’s an unwavering belief that Maz is at the start of something.

There is also a refreshing vulnerability. A recognition of being pigeonholed, a reluctant acceptance of those aforementioned preconceived ideas of who he is, what he can and can’t do.

Right now, after the release party for his debut album Immortalization was sold out before doors opened (disappointed fans were turned away), it would seem that Thomas (to his friends) can do whatever the hell he wants. 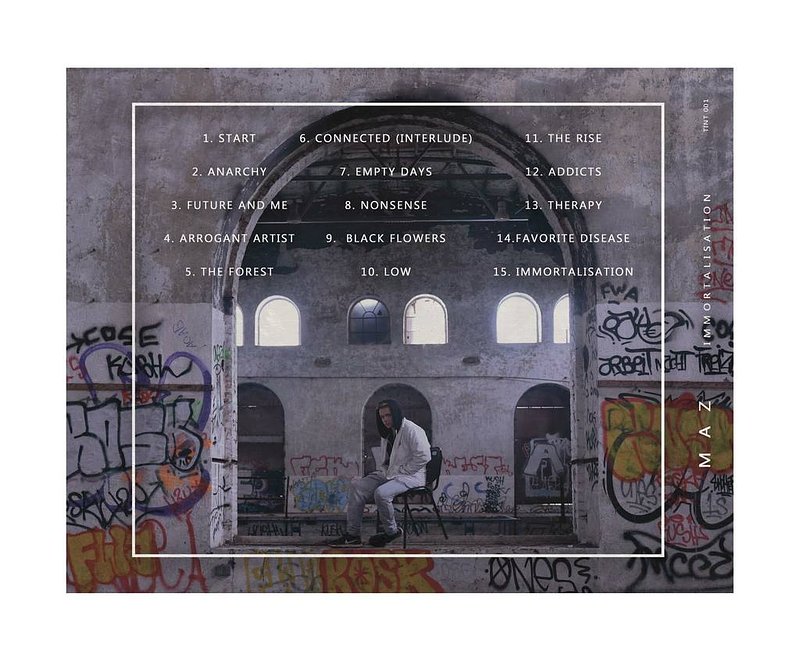 With his debut album or as he puts it "loving the idea of being able to reach immortality through art" featuring beats and production work signed by the likes of Cehashi, Corbi, Sun Glitters, Mr. Charly and Fresh D. Hence, it encompasses a wide ranging of styles and influences.

More power to him.

We asked Maz, to explain in his own words how the launch party went and just how he was feeling as stage time approached. Here’s what he had to say.

“I think it was absolutely amazing, better than expected! The show was sold out after 40 minutes, and some people even (unfortunately) couldn't get in! The start of the evening was quite smooth, with Diekirch Freebeer and "The Nick Sober Experience" setting the mood with his atmospherical (sic) hip-hop. The second act was a real warm-up for the crowd, with "Mr Charly & De Lux" spitting their vivid Luxembourgish Bars! 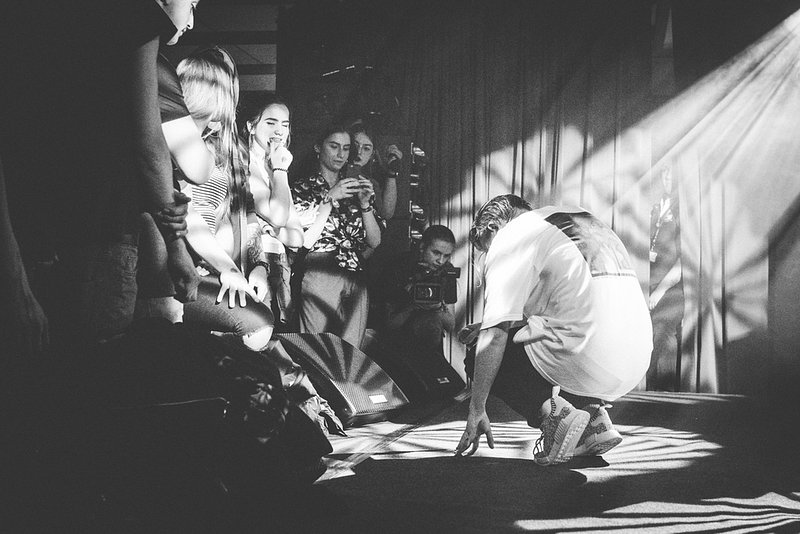 I was warming up in a separate room during their set, and when I went back to the backstage, I already felt the tension and a timebomb-like atmosphere! People started shouting my name all together, and the moment I entered the stage was incredible. People screamed and shouted so loud that I couldn't hear the music anymore, pure madness! From there on everything went well, and there was a real feeling of unity between me and the crowd, as well as between the people in the crowd! People screamed, jumped, clapped, sang, it was truly beautiful to see this, because it was different. I knew a lot of people already of course (many friends, but not everyone though!) and everyone told me that they really felt during the show that this might be the start of something bigger, something better! I said something between two songs, which had quite an impact and probably symbolises the whole evening and my project : "Don't ever let someone tell you that you can't do something, because we can be anyone we wanna be right?"

After the show, I had to sign a lot of autographs, which was a completely new experience, but a lot of fun!”

Asked whether the show’s success means any change for his near and far future; “It doesn't really change my plans, because we have big plans for the future already, but it surely motivates more than anything else!”

Check back for our Introduces Video Profile next week.