Even the sun was out for the metaphorical funeral of the FFYS festival in Kirchberg.

The Food for your Senses festival never had an easy ride. At its first edition in Tuntange in 2007 the festival site was too small, so the search for the perfect location began.  Two years ago, the organisers finally thought they had found the perfect place — right next to RTL in Kirchberg. But this didn't work either, as the festival, which had attracted some 13,000 visitors in its previous edition, was cancelled last year.

This past weekend was definitely the final edition of the Festival.

The complete line up for FFYS has been known since 17 May. It is noteworthy that well-known Luxembourgish bands made up the bulk of the line up. Here's the overview: 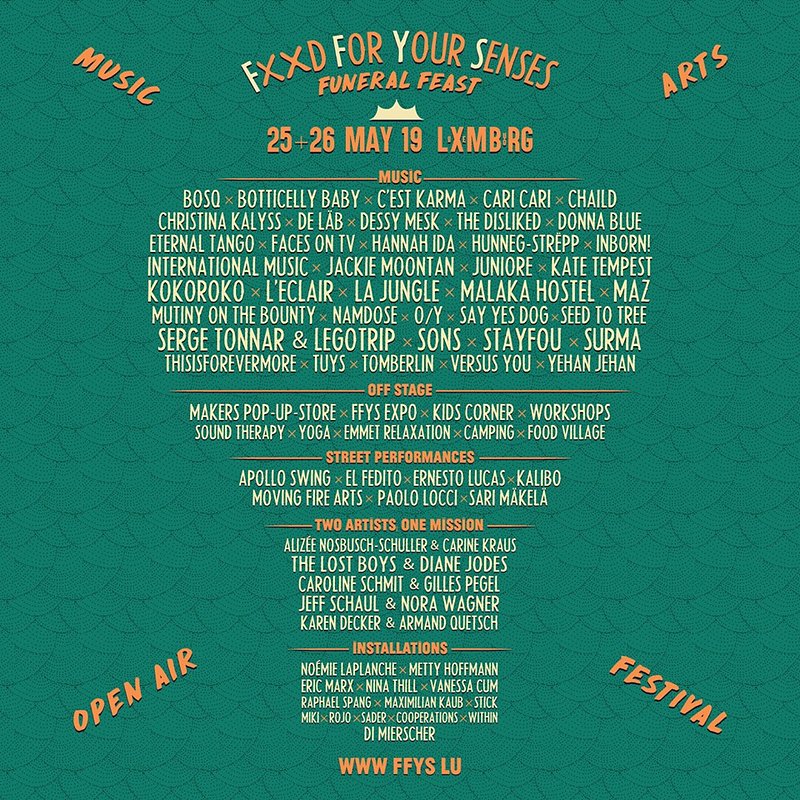