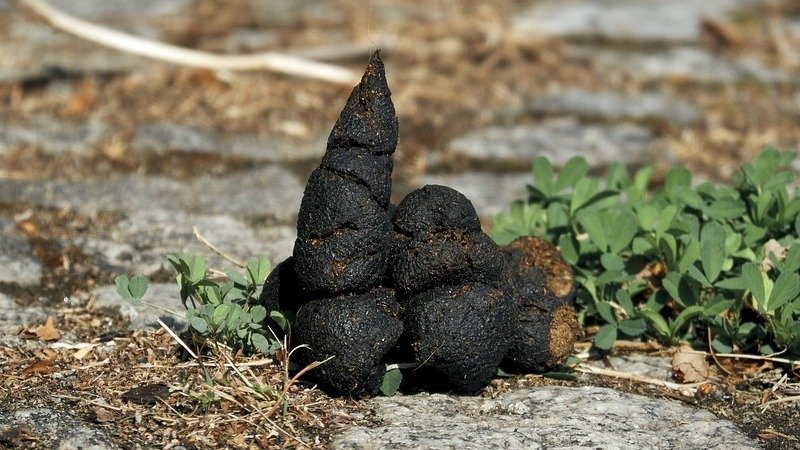 An example of the relatively harmless, if unsightly, summer poop. / © Pixabay

As autumn leaves gather on the ground, hidden horrors lie waiting for the least opportune moment possible to soil a shoe with poo.

On the face of it, this may just be the most asinine opinion yet to grace the pages of this website. The subject certainly isn't particularly original, nor controversial enough that it should really justify an opinion given how horrifically obvious said opinion is: pick up after your dogs.

Yet, despite this, an opinion is justified - and not just because I stepped into a fresh dog poo at 6.15 this morning, while out in the dark walking my own two dogs (after which I pick up religiously; incidentally the only thing this atheist does religiously).

Read also: "To the shitty dog owner: Please clean after your pet" - but what does the law say?

This time of year is essentially a perfect storm for the hidden poo: it's often dark outside, the substance in question is roughly the colour of the wet leaves covering the ground, it's not cold enough for the poo to freeze, nor hot enough for it to dry out and be rendered harmless. I doubt anyone could design better conditions for this awful surprise if they tried.

None of this would be a problem if dog owners did what they are expected to do: pick up after their dogs. Unlike other places where I have lived - Sweden, Scotland - you don't even have to actively go out and source your own poo bags here. Every municipality I've visited in Luxembourg is dotted with free bags (before the pedants among you run to the comments: I know they are only nominally free as dog owners in each municipality generally have to pay a small annual fee).

Do's and Don'ts: Dog poop, and other aspects of dog ownership when out in public

Most recently before moving here, I lived in Edinburgh. A bigger and, in many ways, dirtier city than any in Luxembourg - yet I was far less likely to step into a dog poo there than I have been here. I was also far more likely, as a dog owner, to have others approach me and ask if I had a spare bag, something which in my six years of walking my pooches in Luxembourg is yet to happen. On a side note, dogs also generally seemed better trained in Edinburgh, but that's a subject for another opinion.

In an ideal world, that fact that I have yet to be asked for a spare bag would be because dog owners here are simply far better prepared to deal with the least pleasurable daily job of a dog owner. But we don't live in an ideal world, as yet again proven by the state of my shoe between 6.15 and 7am this morning. Instead, it seems my fellow dog owners are simply less inclined to want to engage with the dirty business of popping their hand in a bag and bending down to scoop that poop.

I'm far from alone in having made this observation, ample evidence of which can be found on the Howald (don't stalk me please) Hoplr (a neighbourhood app) space. Among the most common recurring themes is outrage over the sheer quantity of actual crap being left all over our pavements, parks, and other public spaces. People get right riled up as well, let me tell you, and I can understand why.

As a dog owner it's getting to the point, in our otherwise very clean and quiet neighbourhood, where walking my dogs makes me feel as though I have to put on a solo production of a play called 'the good dog owner'. With judgmental glances felt from every corner, one must not only actually pick up but, with the over-the-top commitment of a particularly annoying street performer, make a real show and tell out of displaying the fact that any poo that leaves my two dogs will be swiftly and fully collected. The fact that one of them is a walk-pooper, who cannot do the deed while staying still, gives ample opportunity for a bit of additional drama on my part, as I stoop over and trip around the pavement Quasimodo-style, collecting every last dollop of dropping.

A lot of this perceived judgment is in my head, of course, but not entirely. Only a few months ago one of my fellow citizens shouted at me, angrily, to pick up after my dog; to which I had to explain that he had just peed, which makes for very awkward collection indeed. I couldn't blame them for their anger, though, given the sheer quantity of 'mess' left by other dogs.

Did I write this opinion simply to highlight what a wonderful dog owner I am, who always picks up? Well, perhaps partly - but if that's all I was after, I'd also bang on about how I often pick up after other dogs, which I haven't even mentioned. No, the greater point is this:

Please pick up after your dogs.