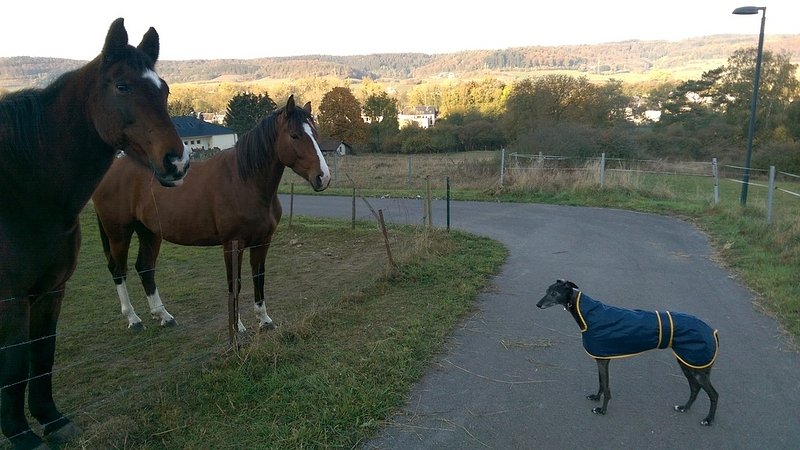 There's more to owning a dog than the occasion walk and frequent cuddle sessions on the sofa.

Inspired by the recent dog poop controversy in Strassen, we thought we'd weigh in with a little guide on how to avoid making your four-legged (hopefully) friend a pain in the bottom for others. You'd hope this sort of thing wouldn't be needed but, alas, there's plenty of douchebaggery out there - unfortunately more so than poopbaggery, it would seem.

Let's start with the basics. DO pick up after your dog. There's really no two ways about this — if your dog poops anywhere you suspect a human foot might land, you've got to pick it up. Don't have a bag? I'm afraid that's your problem, and you'll have to find some means of picking it up, which brings us to...

...DON'T forget to always carry extra poo bags with you. Tie a bunch around your lead, stuff them into your jacket pockets, hide one behind your tie, fashion them into a scarf, whatever it takes. There are few things more annoying as a dog owner than being caught short of a poo bag, especially when you're in a hurry.

DO consider investing in a poo bag dispenser. There's lots of ones little dispensers that you can attach to your lead, ensuring you'll always have a backup supply. 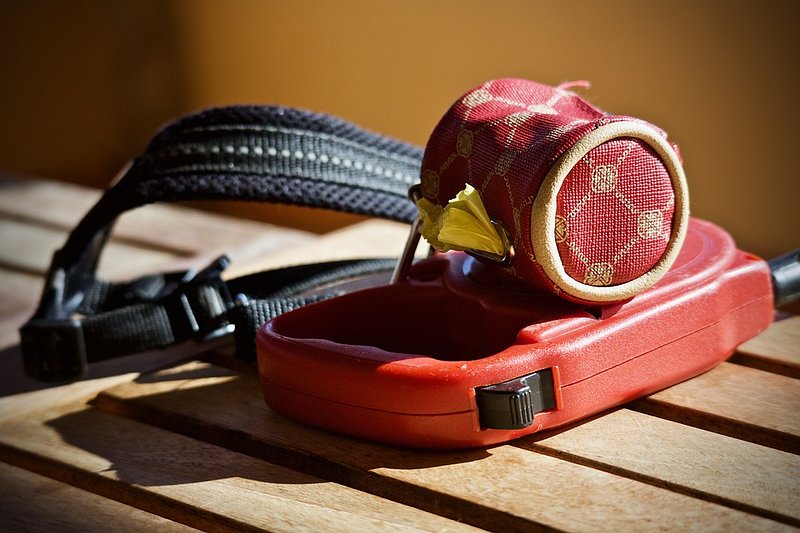 This right here is a poop bag dispenser attached to a lead. You can get ones made from hard plastic as well, and they usually hold rolls of up to 20 bags. / © Pixabay

This should go without saying, but unfortunately does not: DON'T leave bags of dog poo lying around, take them with you to the nearest bin. Your job doesn't end where the bag's begins.

DON'T leave dog poo in farmers' fields. It may seem like a natural thing to do, but it can have terrible consequences.

DO remember that not everyone loves your dog as much as you do, and what's a cuddle monster to you may just be a monster to someone else. Whether your dog is on or off lead, make sure it doesn't approach strangers unless invited.

DON'T let your dog do its business just anywhere. Dogs like to pee where other dogs already have, and the accumulation of pee can both stink and corrode. This can be particularly troublesome on urban areas - no one wants to be hit by the stench of stale dog pee as soon as they open their door. I'm looking at you, former Edinburgh neighbours..

DO consult a dog trainer if you can't control your dog. As we've noted before, there's no shame in doing so. A happy and confident dog won't bark aggressively as soon as it sees a fellow four-legger, and you shouldn't have to hide behind the bushes when you see one. They shouldn't jump on people either. A good trainer will make both you and your dog happier.

DON'T come up with excuses for bad dog behaviour. "He's just playful/happy/young" doesn't fly once your dog is no longer a puppy - ya'll need to consult a trainer.

DO clean up immediately if your dog pees in a communal indoor space, like in a lift. Lazily wiping it off with a cloth and spraying a bit of Febreeze won't do it. I'm looking at you, current neighbour.

DO ask your neighbours if your dog barks/howls when you're not around. Not only is it annoying for them to hear, but it means your pupper isn't happy. It could be that they are anxious and you need to train them, or you're simply out for too long and may need a dog walker to provide a bit of relief.