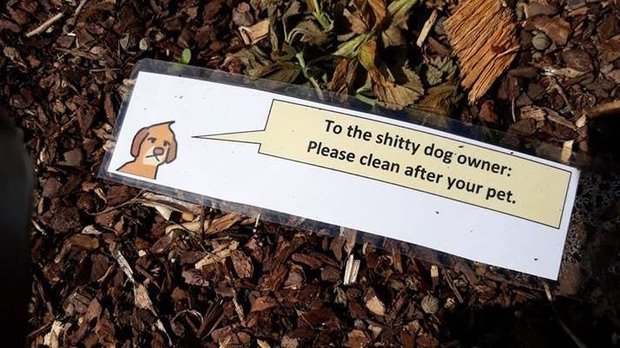 A pet owner in Strassen spotted several laminated tags spread around a park in Strassen urging owners to pick up after their dogs.

One tag says "To the shitty dog owner: Please clean after your pet," and you can see further examples in the image below. While the message is good — it is, of course, common decency to pick up after your dog in public spaces — the man who found the tag, and several other members of the Facebook group "Pet owners in Luxembourg", noted the irony in using plastic to spread an environmental message.

As much as we support the message itself, and encourage all dog owners to pick up after their pets (after all, poo bags are widely available for free* in most communes/municipalities), we also looked into what the law actually says on the matter.

*Most municipalities have a dog 'tax' to pay for these sort of services. Fees vary. 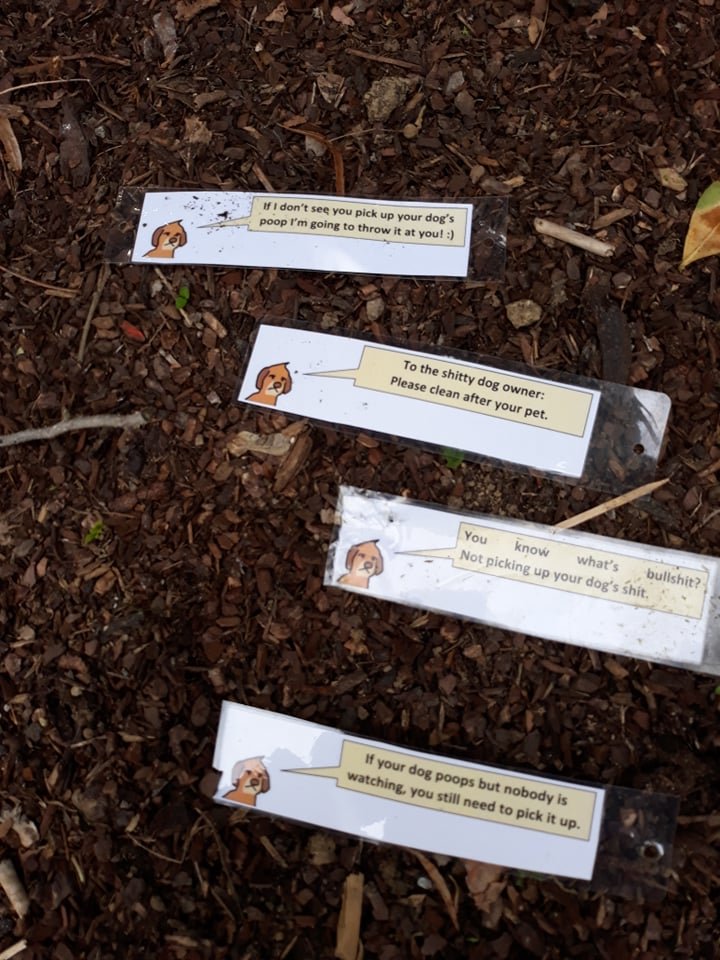 What the law says

To find out what the law says about picking up after your pooch we called the ministry of agriculture, who referred us to the Administration des Services Vétérinaires.

Their representative confirmed that there are no national laws concerning the picking up or leaving of dog poop in Luxembourg, rather it's regulated on a municipal level.

As such, you have to contact your locale municipality/'commune' to find out what regulations apply in your area. As for Strassen specifically, a representative informed us that they have no specific rules in the municipality stating that you have to pick up after you dog - but he also noted that, as a dog owner himself, he strongly urges doing so.

So, law or not, just pick it up, please.