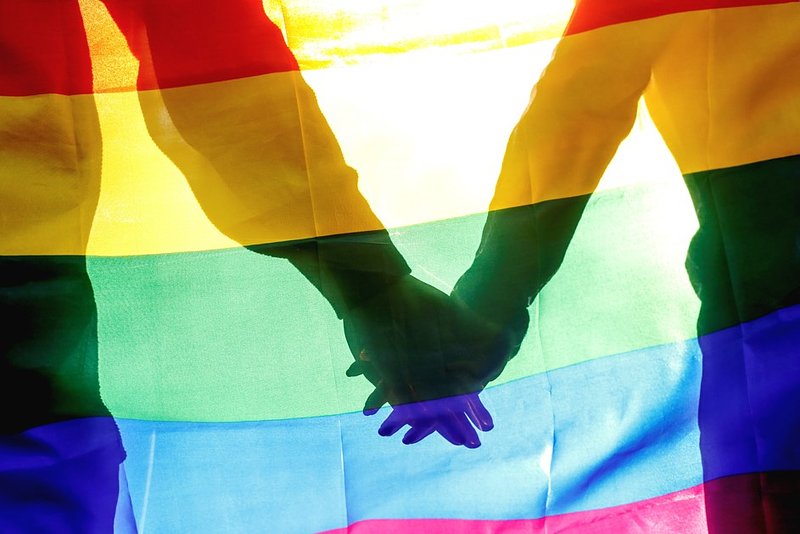 Do you think homophobia only affects queer people because it's directed at them? Maybe think again because homophobia is everyone's problem - including straight people.

Whenever the topic of homophobia is discussed, we tend to focus on how queer people feel about it. This makes sense because they’re the ones being directly threatened and abused by it. It’s their existence that’s denied over someone else’s opinion. But they’re not the only ones negatively affected by the omnipresent homophobia.

For those of you who may not know, queer is an umbrella term for the members of the LGBTQ+ community and is also used to describe those who don’t wish to define their sexual preferences or don’t really have a specification for it. Homophobia, on the other hand, is defined as dislike or prejudice against queer people. It’s a fear of people who don’t follow the widely imposed heteronormativity.

It’s assuming that most people are straight and that’s the normal thing to be.

Heteronormativity and heterosexuality are not the same things. There is absolutely nothing wrong with finding the opposite sex attractive, everyone should get with who they please. It is the projection of heterosexuality as the default that defines heteronormativity. It’s assuming that most people are straight and that’s the normal thing to be.

To make things worse, heteronormativity is often projected as biological normality that everyone ought to cater to. Even in a country like Luxembourg where gay marriage is legal and the mistreatment on the basis of sexuality is punishable, let’s face it - it’s normal to be straight and it’s slightly less normal to be gay. It’s okay to be gay. But it’s not the normal thing to be.

In contrast to this supposed main viewpoint, I would dare to argue that it is much more normal to be queer than to be heteronormative. As a queer, non-binary person I am probably quite biased. But hear me out. I promise it will make sense.

Ever since we all can remember our sexuality has been assigned to us based on our sex. If I have a vagina, I have sex with males and I refer to myself as a girl. If I have a penis, I have sex with females and I refer to myself as a boy. Bim, bam, boom - pretty straight forward.  Very simple categorisation that in turn leads us to simple answers. Like this we don’t have to rack our brains too much, we can just follow the comfortable rules.

What happened throughout all these years when a female was attracted to another female? Or a male to another male? They thought of themselves as weird, abnormal, foreign, almost uncanny. They felt disgust towards themselves, felt like they were sick or like something was wrong with them.

Can you guess what happened in most of such cases? At best, they were shushed, shut down, told to act normal, told not to be disgusting. Shamed for being attracted to another human being. At worst, they were killed, jailed, terrorised and unbelievably traumatised.

The existence of queer people has been quite literally denied over the opinions of others who aren’t in favour of their sexual partners.

Ever since we all can remember we have been told that being queer is not normal. People don’t understand that what they think are just their opinions and that as long as these opinions matter more than people’s lives we participate in a collective hate crime. The existence of queer people has been quite literally denied over the opinions of others who aren’t in favour of their sexual partners.

Now imagine that I think being straight is not normal (which I do think, by the way, considering that straight refers to heteronormativity, not heterosexuality). Why would I go to someone straight and tell them: Hey you, stop making out with that girl, it’s disgusting. Go make out with some guys instead and don’t be stupid.

Even if I genuinely did feel so strongly about it, even if it did disgust me, why would I ever voice that, why would I ever put my opinion on this random person’s life choices over their well-being? Over respecting them enough as human beings to abstain from my unfavourable opinion toward them. Over letting them have the freedom to decide what they want, which in no way affects me and my personal life.

Your thoughts suddenly become more important than my existence. You choose how I can live, not me.

When you decide to tell me it’s not normal to be gay, you’re not speaking on a subject that you know anything about. You’re projecting your opinion (often inexperienced and uneducated) onto me and my life. Your thoughts suddenly become more important than my existence. You choose how I can live, not me.

It’s okay to have opinions that differ from other people. It’s okay not to be gay. But it’s not okay to project that as something normal and sadly that’s what has been the case.

At least when you’re queer you are to some extent “forced” to face it as it is a part of you. In order to live your life and feel fulfilled you need to accept yourself. This can sometimes come at a nerve-racking cost and many people are too scared to get out of the closet, but let’s say you have to at least acknowledge you’re attracted to someone who is not of your opposite sex. But what about people who aren’t queer? Who isn’t forced through who they are attracted to defy the projected normativity?

The problem for straight people is that because of their sexuality being normalised they often don’t really question themselves and who they are. They just accept that they’re normal, that there’s nothing wrong with them and that they are attracted to the right people. It may not appear as a narrative in their head but subconsciously that’s what a lot of us think. They don’t look into what drives them to that, what makes them straight. They don’t really check in with themselves, they don’t question their heterosexuality - if maybe, just maybe, they’re not as straight as they think they are.

And it’s hard to blame them. Society doesn’t let you deal with your own ambiguity. We’re terrified of it. We like to know things for certain, we prefer to hold on to a few things we know than dive into those we don’t. Even if it isn’t true, even if it doesn’t make us happy - at least we’re comfortable.

I’m sure there are a lot of heterosexual people who find themselves in this group but I think a lot also don’t and that’s a shame. It’s a shame that we still don’t encourage people to question themselves and are allowed to find their answers within. Think about all the queer people within the heteronormative demographic who have absolutely no idea that they’re not straight or those who have always known but rejected it to the point that they don’t even question it.

So whose problem is homophobia really?

Maybe it’s more of an ambiguity-phobia, rather than homophobia. Especially because a whole lot of people who consider themselves homophobic are probably gay anyway.