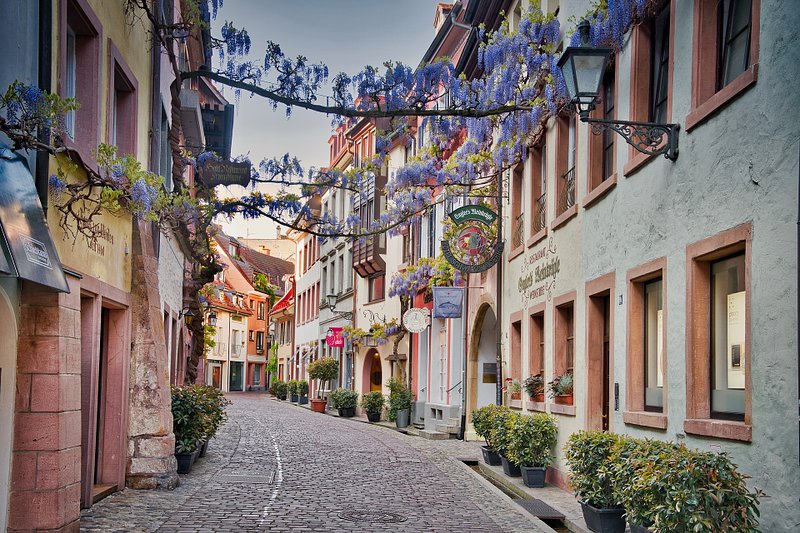 Our editor just returned from a weekend escape to the vibrant city of Freiburg, nestled inbetween the Black Forest of southern Germany and the French/Swiss border. The city and its people left a real impression. Here are five things that caught his attention.

It was a short but sweet four-hour drive to the medieval university town, which sees little "Bächle" (brooks) criss-crossing the centre, impressive Gothic architecture, alternative food stalls (from meat-lover to vegan; there’s something for everyone), and lush highlands only 15 minutes away. But I warned my girlfriend. If you fall into the stream downtown, legend has it you'll marry a resident.

I had packed my laptop bag in case coronavirus restrictions would mean I'd have to stay a tad longer (not that there'd be any complaints about that). Throughout my trip I noticed quite a few things that made me think and I wanted to put on paper for this opinion piece, a diary of sorts.

Freiburg is the cycling capital of Germany and sees twice as many two-wheelers than cars. They are the essential trademark of a very environmentally conscious community; the Greens also have the most seats on the city council.

A 400km-long network of cycling paths through the city enables residents to get around swiftly; having a car in the city centre is a nightmare when it comes to parking. Not that cars are forbidden necessarily, but owning one has been made unattractive. Plus, the cobble stoned old town can only be reached by foot. Owners of SUVs get angry stares as they cruise past corner cafés.

Not only is there a vast network of bike paths, but the lanes are segregated from the main road to give cyclists a sense of security. The network is well-connected and designed in such a way that directness between A to B is very good. There are a further 9,000 bike parking spots around the city, especially near the university.

Freiburg is a great example that there is no need to ban cars completely for a city to turn greener, they’re just a matter of prioritisation. It's simply safer and quicker to get around by bike, something we tend to see a lot in Dutch cities as well. Public transport is extensive and well-connected and reaches those parts of town that are a little far for cyclists. As a result, only those that need to travel long distances outside of the city own a car.

If Luxembourg wants to motivate residents transitioning from their car to bike, separate, safe bike lanes will be an important decision-maker. Directness isn't a bad idea either; straight paths and traffic lights with sensors allow for a good flow. At the moment it's too dangerous to cycle through the city. Plenty of folk have already raised their concern over this.

Read: New pavement and cycling lane installed on Passerelle bridge
Read: Luxembourg - good for exercising, but not for commuting by bike

I was astonished by Freiburg’s amount of green. Parks scatter the city generously, roads are lined with different types of trees, there's the occasional vegetable garden on business buildings' rooftops. It does help, of course, that a castle hill with a fascinating view across the romantic city is only a 5-minute walk away from the old town, giving you a piece of nature right in the heart of a place bustling with activity.

Going out for a drink on Friday evening, I noticed large numbers of people relaxing on the squares and in the parks, some having a drink, others slacklining between two trees, listening to music or playing frisbee. People from all ends of the political and societal spectrum meet here. You may find yourself shouldering a rich businesswoman or working-class man, it doesn’t matter – here you can be who you are, and people will respect you for it.

In the short period that I stayed Freiburg I noticed very little stigmatisation and lots of mutual respect amongst strangers. Public spaces allow for all members of society to come together, no matter what what you believe in or how you live. All too often we jump to conclusions about others, set ourselves apart from them simply because they look or act different. Green spaces and squares act as catalysts in forming a tolerant and diverse society. 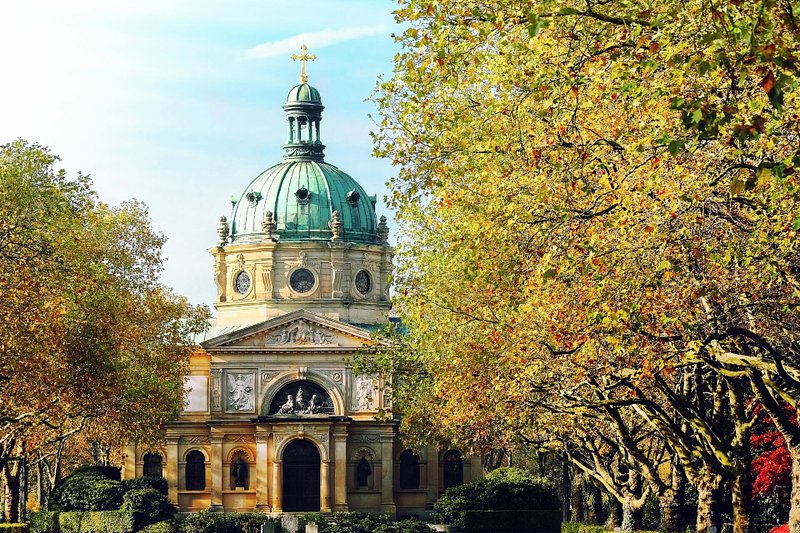 Freiburg's districts each have their own buzzing shops and cafés. Of course most action remains in the city centre, but some of the best local tips come from these lesser-known hotspots. The best ice cream in town, home-made pastries, live music entertainment - you'll be surprised that these things welcome you in the districts, not the main centre.

The pandemic has taught us to slow down and open our eyes. We've become more aware of our surroundings, the small but beautiful things that go unnoticed despite coming across them every day. This sense of community and pride could be felt in these smaller districts. Residents are involved in decision-making processes (or hang banners from their terrace to protest new legislation) as they create a very personal environment.

During this pandemic and quarantine period, residents did not have to walk far to reach a patch of green. This prevented residents flocking to the one or two main city parks for fresh air. Back to local. Maybe it's because Freiburg is Germany's city that sees the most hours of sunshine per year?

Freiburg is a very clean city. It may be superficial to jump to conclusions after having only spent two days there (could cleaners be working throughout the night to make the streets shine for tourists in the morning?), but one could notice a positive attitude towards the use of bins and own garbage in general.

Even smokers tend to not flick their cigarette butts onto the street, but carefully dispose of them in an ashtray. Cigarettes are one of the largest pollutants - if we could only stop throwing them in front of the bus each morning.

Unfortunately, after a little research, it turns out that littering has increased dramatically over the last years. As a result, various organisations have teamed up with schools and institutions to organise clean-up days. There's even a national clean-up day! An even better solution would be to force companies to participate as well, as it's in fact the adults that litter the most.

Tourists should adapt to the locals - not the other way around

The Black Forest is the region of Brezels, Flammkuchen, Saussages, Schwarzwälder Kirschtorte, cheese and beer. Sounds wonderful to some, but others may find it hard coming across options that match their dietary preferences. Many restaurants and cafés cater to vegetarians, vegans and gluten-intolerant folk, while others clearly state on their menu that dishes cannot be altered.

It makes sense. Locals open up their doors to you as a tourist in their city, so why would they have to veer of from their traditional styles of cooking to adapt to outsiders' preferences? This is something the city has taught me. While there is no disrespect for tourists (as a matter of fact they are welcomed with open arms), guests should be open-minded about the local traditions and way of life.

Overall, Freiburg is an inspiring city that has taught me many things. You should definitely spend a weekend there, and easily combine it with Strasbourg or Colmar (just like another editor here at RTL did that same weekend!)

Have you ever been to Freiburg? Share your experiences with us below in the comments.