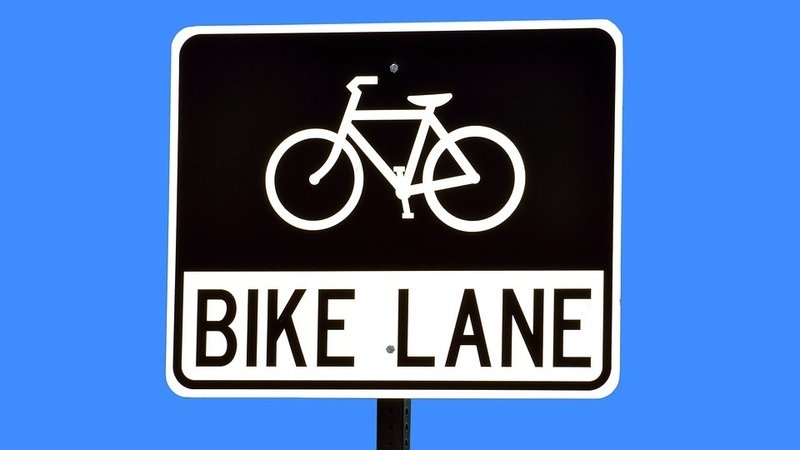 RTL Today reader David Walker shares his experience and thoughts on the safety of cycling in the Grand Duchy.

I read with horror the experiences of Mr. Bugeja out cycling with his son [eds. note, Mr Bugeja also wrote this follow-up]. As a keen cyclist I felt very strongly that I should show solidarity with him by writing this letter to continue the debate, along with offering my sympathy and resolve for him and his son. I have given this letter much thought.

I have been riding bicycles for over fifty years, starting when I was very small (4 or 5 years of age). I always had a bicycle, but it was in the early nineteen eighties that I began to use a bike to commute and as a form of exercise. In those days there was much less traffic than there is now. Also, motor cars were a lot less a powerful and could not accelerate like they can now.

I have lived in Italy where cycle racing and touring is keenly followed and supported, but the bicycle was not used much for commuting. Milan, where I lived, has high levels of air pollution and dense traffic congestion making cycling unpleasant. I lived in Madrid Spain and it was the same story as Milan.

In my travels across Europe I have lived in super bicycle friendly countries. The Netherlands and living in Amsterdam was super bicycle focused with cycle paths everywhere and seventy years of infrastructure deployment — each successive government has kept to this strategy. In Holland you can ride for fun and exercise and can commute in complete safety. My last posting was Antwerp Belgium, which is very similar culturally and as well-organized for bicycle commuters and riding a bike as a form of exercise.

Experience in Luxembourg - "I was knocked off my bike"

Now living in Luxembourg, unfortunately during the first week I arrived in the city I was knocked off my bike commuting to work in Merl by a guy in a Porsche who didn't stop. I broke a rib as a result. However, this incident aside, in eleven years I have seen huge changes to improve the lot for cyclists here.

In my experience cycling for exercise and enjoyment is perfectly possible here in Luxembourg. In fact it is superb. The off-road routes are superb, with outstanding scenery and out in a green and beautiful land. The Cyclo tourism Letzebuerger Velos Initiativ publish a map which is very helpful. It shows you cycle routes all over the country. The maps are constantly being updated to reflect network improvements. It is easy to choose and plan some charming routes making them as safe, easy and long as you like. I would also like to draw readers to a wonderful book entitled Rom HELBACH - LETZ BIKE LUXEMBOURG - Die 30 schönsten Fahrradtouren - Les 30 plus belles randonnées à vélo. The book has some excellent routes you can follow in part or fully.

"Promote cycling to commute to work"

However, I have come to my real bug bear, which is with the politicians who do not see as important to promote cycling to commute to work. Investment in cycling is so low in comparison with the upkeep and building of roads for motor vehicles in the Grand Duchy.

The total length of cycle paths in Luxembourg see most of it for cycle touring and not commuting. The politicians promote a grandiose plan of a cycle path from Esch to Luxembourg city, which astounds me. Most folk do not want to cycle to work in Luxembourg from Esch. They can commute in easier ways. Better to have a strategy of cycling two to five kilometers from home to work or a transport hub.

In my opinion the problem is that the government is not trying hard enough to connect and make safe routes around and within the city of Luxembourg. The advent of electric bikes and scooters mean the need for cycle lanes for local traffic will increase, yet motor vehicles rule the roads.

The government have built a few separate cycle paths in Luxembourg, but they do not connect. The new cycle path at the back of the Bouillon is highly dangerous due to the two car exits from the parking garage. At each end it does not connect on to separate lanes. In fact, you are back in the street risking your life with the cars, buses and trucks. When they recently dug up Rue de Merl they had an opportunity to make a separate lane to Rue de la Barriere. What did they do instead? They put the road back down exactly as it was before. Going to Cessange from Bouillon on a bike is a nightmare.  Nothing connects safely one piece of cycle path to another apart from the open road where vehicles and bikes do not mix safely.

We know that cycling in Luxembourg on the open road is dangerous. Motorists take no notice and care little about cyclists except that they are an inconvenience. Yet we take up much less space and emit no greenhouse gases or toxic fumes which are slowly killing us all. RTL frequently report upon the injury of a cyclists by motorists. If you look in the archives there are a lot of such incidents for such a small country.

One thing that puzzles me is why are the locations of fixed and mobile speed cameras published? What logic is there in that? If people die as a result of road accidents don't we want drivers to slow down? After all speed kills.

The COVID 19 outbreak kept us at home and saw folk going walking or cycling locally. Let's put more pressure on the government to make it easier to cycle and have less traffic in the city. As people go back to work, they will use cars instead of the free buses due to social distancing. We have a mode of transport that keeps social distancing and reduces omissions and helps with the climate emergency.

Let's not forget that we continue with our climate emergency. Air quality so much better without all the motor vehicles on the roads. Unfortunately, we are going backwards again after the lockdown and stories like the one recounted by Mr. Bugeja will continue. ----
Do you have an opinion or experience you would like to share with our audience? Feel free to e-mail audience@rtltoday.lu.