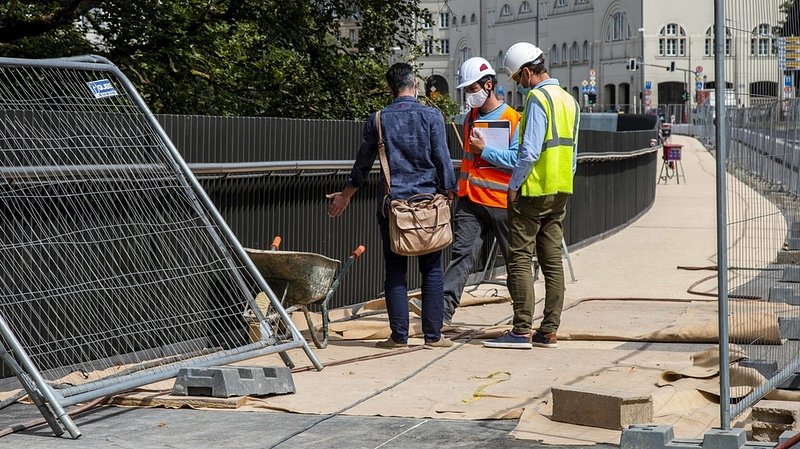 On Friday, some of the barricades around the construction site were removed, making progress visible.

Progress has been made on the construction site on the bridge, also known as the Passerelle.

In November, the connection between Gare and the city centre opened for bus travel in both directions for the first time. Cars can still only use the bridge to cross over from the station towards the city centre. Currently, the pavement is only open on one side of the bridge while the other side is being enlarged to make room for a cycling lane.

The first phase of construction focusing on the Pétrusse side was supposed to be completed in May 2020. The end of the second phase, where a handrail will be installed, has now been pushed to the end of the year. The new installation is supposed to prevent suicide attempts on the bridge, a decision taken by the local municipality in 2016.