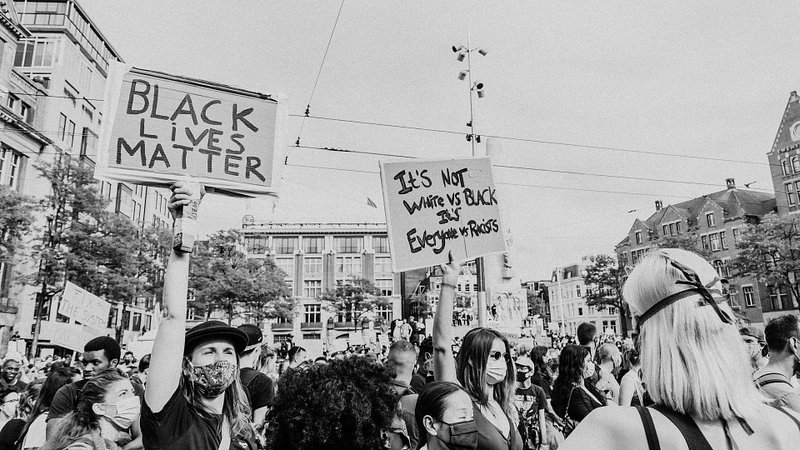 It has been over a month since George Floyd’s death sparked a long-overdue worldwide reaction against injustices based on ethnicity and race.

The #BlackLivesMatter movement uses anti-racist protest and advocacy by engaging underrepresented communities in the United States’ electoral process, hereby seeking to increase the political platform for non-white minorities. While this is specifically directed at the US, European countries such as Britain and France have been digging into their past and acknowledging the still-present racism, too. Luxembourg, on the other hand, seems to only have started exploring its role in discrimination, creating a need for the opening of platforms.

It is extremely important to acknowledge historical context when trying to understand why the anti-racist movement does not seem as prevalent here, because the roots of racism lie in colonialism and the slave trade.

In short (a more elaborate analysis of colonialism has been covered on RTL Today before), European nations were the first to introduce modern colonialism in the late 15th century, exploring, conquering, and exploiting countless civilisations (over 80% of the world has been colonised by a European nation), ultimately leaving a legacy of lingering inequality and poverty. With colonialism came the mass enslavement of Africans, which was later continued on the northern American plantations that at the time were still controlled by Europeans. The Europeans ended large-scale slavery on the continent much sooner given its symbolism of backwardness and its out-of-fashion status, but continued to benefit economically from the overseas slave trade until the 1950s and 60s.

The crucial point here is that the ‘big’ nations we know today – France, Great Britain, the US, Spain, Portugal, Belgium, and the Netherlands – were built in the ‘golden age’ of slavery. In other words: the very roots of the countries we live in were built in a racist environment and ultimately remain deeply buried. Hence the evasiveness about their history of white supremacy and discrimination.

Yes, but you could argue that this does not apply to Luxembourg, right? Historian Regis Moes’ doctoral thesis argues otherwise, as he explores the role Luxembourgers had in the Belgian Congo, showing that Luxembourgers, too, cannot neglect the racist narrative. Mostly responsible for colonial administration and supervision of native labourers, they did not exactly advocate against colonialism and its crimes against humanity.

Shifting back to the present, the prevailing attitude remains that Europe is ‘much better’ than the US when it comes to racial issues because of functioning systems of inclusion and protection. The same applies to Luxembourg: when being asked about racism, many will think it is not a big problem here. It is true that we do not have the overt police violence targeted at non-white minorities that we see online, but this comparative attitude completely neglects the systemic racism that we may not be aware of. After all, racism is much more than overt hate: Scott Woods explains racism as a ‘complex system of social and political levers and pulleys set up generations ago’ that work in favour of the ethnic majority at the minority’s expense. 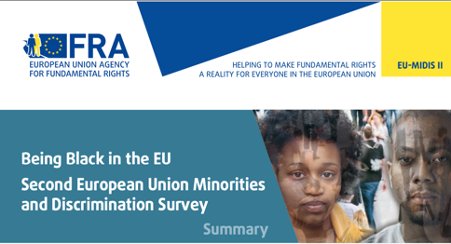 Based on a survey conducted in November 2019 by the EU Agency for Fundamental Rights, Luxembourg scores surprisingly poorly in tackling racial discrimination. The numbers should be analysed with caution given the lack of empirical data (it is very hard to analyse and monitor such private encounters, after all), but they do prove that there is much to be done.

While there was an overall decline in perceived racial discrimination over the previous five years before the survey, Luxembourg scored highest with a perceived rate of discrimination of a staggering 50% among those surveyed. 47% felt racially discriminated against when searching for employment and 36% when searching for housing. There certainly is no need to wait for the situation to deteriorate when there are areas in which institutionalised racism is well and alive. On that note, the lack of statistics based on ethnicity (most states do not record official information based on racial origin in administrative data) must be tackled in order to trace the roots of racism in the first place.

Especially now with the momentum of egalitarian campaigning that George Floyd’s murder triggered, we have the opportunity to reform the structures that enable racism in Luxembourg. The past two months have seen incredible progress – more discussions are being held, more articles are being written about a previously perceived taboo subject, and parliament has been putting forward motions fighting racial inequalities.

An important step forward was the strengthening of the Centre for Equal Treatment (CET). Created in 2006, the CET aims at promoting, analysing, and monitoring ‘equal treatment between all persons without discrimination on the basis of race, ethnic origin, sex, sexual orientation, religion or beliefs, handicap or age.’ Emails were drafted, visuals shared on social media outlets, and indeed passed on to parliamentary discussion. Prior to the initiative, the CET had too little legal powers, staff and funding. I mention this example because it shows how important and effective keeping up the conversation is after the exposure on social media fades, no matter how uncomfortable it is.

Speaking of keeping up the conversation, I believe primary and secondary education are areas that desperately need to strive towards inclusiveness. Unlike in Britain or the US, we were barely taught about colonialism or slavery – maybe a short session about the Belgian Congo (and even then, it will be from the winner’s perspective, explaining the benefits of the rubber trade on the Belgian economy). This extends beyond ethnic history. The syllabus is outdated, as it struggles to move on from the standard narrative that ignores minorities. What should further be integrated is the LGBTQ+ community and its history as well as a thorough study of the struggle for gender equality.

There are many ways to tackle the underlying inequality in Luxembourg, but educating ourselves is one of the simplest ways of raising awareness and fighting the problem. Europe needs to put itself back in the narrative and acknowledge its complicity in colonialism, segregation, and slavery. It is an uncomfortable process, but we have to be proactive to directly engage with the very establishments that are in need of reform.

Maura Lehmann is a history student and former RTL Today intern who now regularly contributes as a freelancer. She would also like to draw attention to the fact that this is an extremely versatile subject that is constantly evolving and in need of ceaseless discussion.