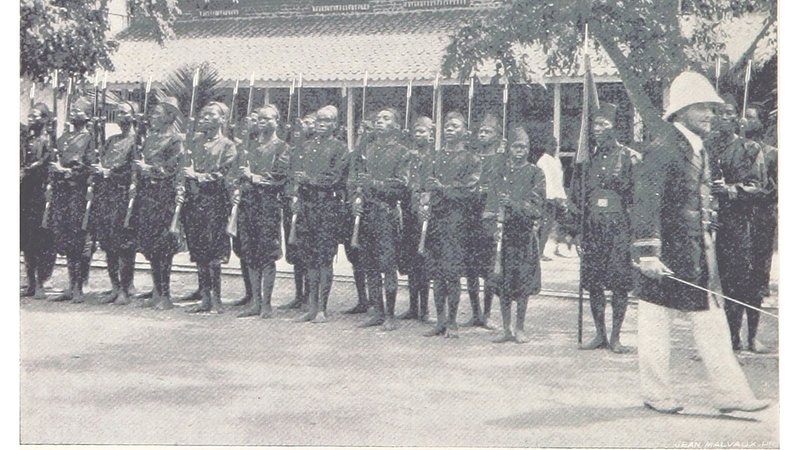 Given Luxembourg's history and size, the country does not belong to the European powers that colonised the majority of the world. Whilst Britain, France, Belgium, Spain, Portugal, and the Netherlands were building their empires as far as Asia and Latin America, Luxembourg was barely considered an independent country.

If you've been following this series, you'll know that Luxembourg only became a sovereign state in its own right in 1839. Whilst that process was going on, fellow European states were busy colonising the world.
To the unassuming mind, then, we would think that Luxembourg wouldn't have been involved in colonialism - especially as one of the few countries never invaded by Great Britain. But a sinister complicity remains shrouded in Luxembourg's history. To first present matters, let's take a closer look at our kindly neighbours, the Belgians.

As a preamble, in this mini-series, we’ll explore the involvement of Luxembourg and Luxembourgers in colonialism, most notably in the administration of the Belgian Congo. Before we get to that in detail, it’s worth exploring the colonisation of the Congo to fully understand the extent of the horrors committed there.

King Leopold II and the destruction of the Congo

European empires made their mark on many parts of the world – the Spanish and Portuguese empires were the first to grow and colonise parts of Latin America. As the nineteenth century continued, European powers turned their focus to Africa, centuries after having massively transported Africans as slaves to the Americas. By 1900, 90.4% of Africa was controlled by European or US colonial powers, a phenomenon which experienced its height during the Scramble for Africa. Only thirty years earlier, in 1870, only ten percent of Africa was under formal European control. German Chancellor Otto von Bismarck organised a conference of European powers – the Berlin Conference of 1884 - to discuss the cutting up and sharing of Africa, as if it were a cake. We’ll get back to the cake metaphor in a second, but effectively Bismarck invited over a bunch of European powers to regulate the European colonisation of Africa. 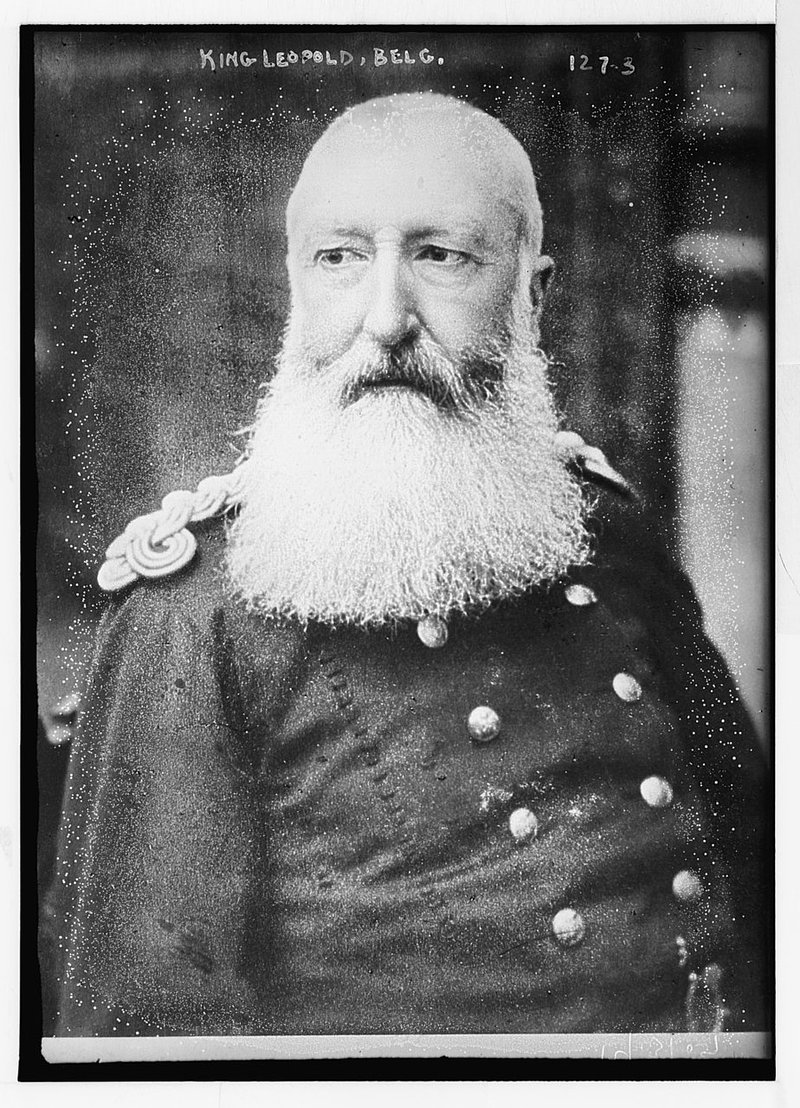 King Leopold II of Belgium, portrait bust, during the later years of his reign. / © Public domain

Important to the discussion (sorry, Sweden and Austria, not you) were Germany, France, the United Kingdom, the Netherlands, and, curiously Belgium. These were the main European powers racing to colonise Africa, with Belgium and Germany having more recently entered the race, desperate to acquire territory and riches. Enter King Leopold II of Belgium, whose greedy ambitions far extended beyond the small size of Belgium. Leopold II was desperate to get involved in the colonisation business, proclaiming: “I do not want to miss a good chance of getting us a slice of this magnificent African cake.”

Leopold II deployed the help of the explorer Henry Morton Stanley to forge a route to the Congo, often viewed as the darkest centre and heart of Africa. Literature students are likely familiar with Joseph Conrad's Heart of Darkness, which explores the colonisation of the Congo. The Berlin Conference legitimised Leopold's pet project in the Congo, founding the Congo Free State in 1885. The Congo Free State was personally ruled over by Leopold II and was as such considered a corporate state privately controlled by the monarch, and effectively was the king's private property.

Whilst Leopold II never personally visited the Congo, he ruled over the territory with an iron fist. The venture was entirely profit driven, especially as the Congo had an untapped resource in the form of natural rubber. To make a long story short, Leopold II's regime went crazy on exporting the rubber and earning a lot of money off it. The Belgian king was entirely motivated by greed and money - not for his country, but his own personal coffers. He was inspired by guides to productively run a colony and believed that forced labour was imperative to turning a decent profit.

In short, the man was the prototype of the corporate monster, but on a huge scale. At this point, it's worth outlining that Adam Hochschild's book King Leopold's Ghosts exposes the Belgian king as a monster and details the atrocities committed in the Congo, alongside how these atrocities were uncovered in a turn of early twentieth century investigate journalism. For anyone interested in further reading, I would highly recommend the book.

Given the above, we can be confident that the Congo Free State did not worry itself about the welfare of the Congolese population, added to the fact that failing to meet rubber collection quotas was punishable by death. Estimates on the population decline caused directly and indirectly by colonial rule vary due to the lack of census data, with lower estimates (considered vastly underestimates) laying at the three million mark, with higher estimates commonly ranging between the five and ten million mark. Raphael Lemkin, who coined the word genocide, believed almost 75% of the Congolese population perished as a result of Belgian colonial rule. 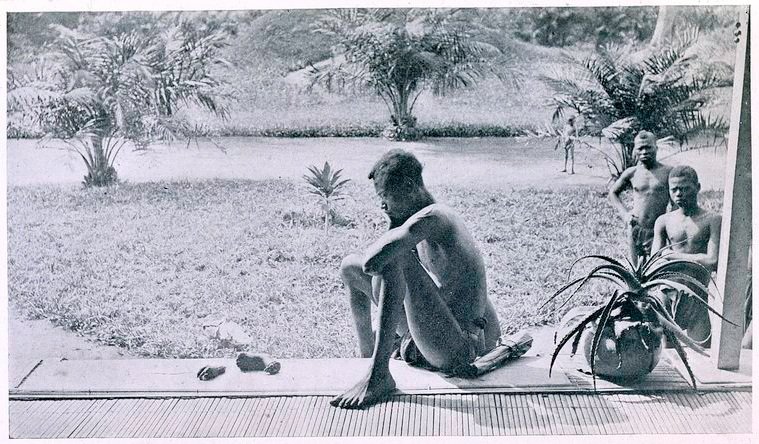 A father stares at the hand and foot of his five-year-old daughter, severed as a punishment for having harvested too little rubber. / © Public domain

Rubber harvesting and production was enforced by the paramilitary Force Publique, which not only beat or whipped the Congolese with the chicotte - a whip commonly made out of rhinoceros or hippopotamus hide. Initially, the punishment was twenty lashes, which was reduced to six or four over time by the 1950s.  The Force Publique would commonly provide the hands of victims as proof of death of those who failed to reach the rubber quotas, which transformed the punishment into enforcers often chopping off hands as part-payment for quotas. Reflecting Leopold's ethos of profit, soldiers would save ammunition by mutilating living people and leaving them to die.

Whilst it would be disingenuous to describe any colonial regime as peaceful or not brutal (the common example of India 'peacefully' becoming independent from the British empire completely disregards the widespread displacement and riots caused by Partition), the Congo Free State was an especially brutal and atrocious regime, made all the worse by Leopold II successfully depicting the Congo Free State as a charitable enterprise - until journalist Edmund Morel uncovered the bleak reality of the Congo.

We've previously explored Luxembourgers migrating to colonies across the Atlantic, notably attempting to find new lives in both North and South America. Given that Belgium is Luxembourg's neighbour and relatively small in size, it makes sense that Luxembourgers joined colonial ventures to the Congo at various times. Whilst the majority of Luxembourgers that moved to the Congo did so in the twentieth century - once the colony became the Belgian Congo and not the personal colony of Leopold II - , there were some Luxembourgers involved in the project from the beginning.

One of those Luxembourgers was Lieutenant Nicolas Grang, who was born in Buschrodt in Wahl in 1857. Grang attended the Athenee school, but then broke off his studies to join the Belgian Army. He was the first Luxembourger to leave for the Congo and accompanied Henry Morton Stanley on his expeditions, arriving at Vivi port in 1882. 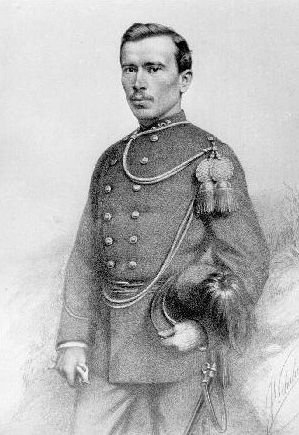 Stanley even described Grang in his 1885 publication The Congo and the founding of its free state: a story of work and exploration: "Another estimable, honourable soul was Lieut. Grang. For fifty days he lived in the same camp with me, and during this period I had gathered, by the light such close intercourse with him had given me, that I could count a true man in him; for every spring within his character was set moving by downright honesty..."

The explorer's description of the Luxembourger reveals that he had forgotten something at a previous camp and travelled back in a rain-storm, leading Grang to grow ill and succumb to illness in Léopoldville (now Kinshasa). Grang was the only Luxembourger - and first European - to be buried in the cemetery of the pioneers. There were other Luxembourgers involved in Leopold II's pursuit of the Congo in the nineteenth century, but we will explore these individuals stories and involvement in part two, coming next week.