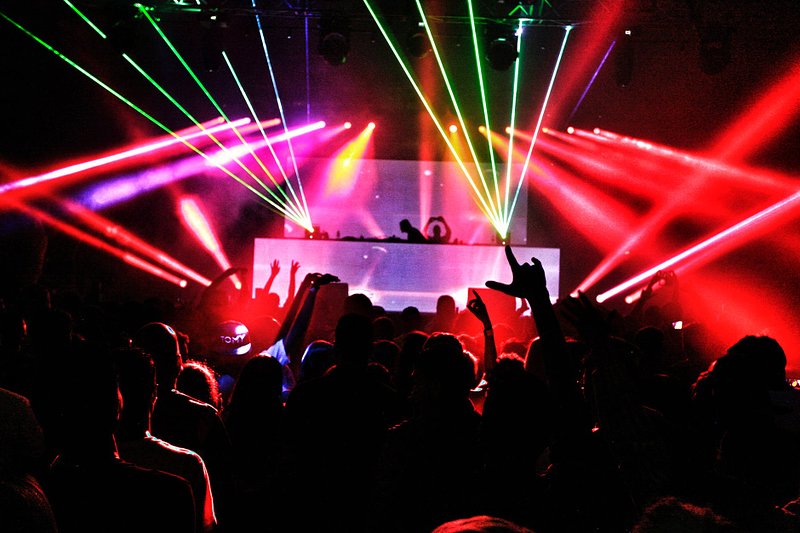 While the country’s restaurants and bars are open for business again, the doors of our clubs remain shut. An opportunity to reflect on the pre-lockdown state of the capital’s dance floors, and maybe even a chance for people to raise their expectations for a night out in the future.

I want to make use of the moment to address the state of Luxembourgish club culture, and suggest that now in times of Covid-19, with parties still being unthinkable, it might be a good idea to revise our general approach to clubbing.

Let us therefore take a moment to look at what the capital’s nightlife scene previously had to offer when it comes to musical selection and ecstatic crowds.

Almost all bars in Luxembourg City entertain their guests with music. While some rely on the use of pre-organised playlists, others chose to put one or multiple DJs behind the decks, or even invite a band for the occasional live event.

Unfortunately, very few places have designated dance floors, or even the necessary space to create one, which often leads to an awkward and stiff consumption of music between drinks and chats in my experience.

That leaves the capital with a narrow field of clubs that have the physical capacity to host veritable dance events, with the additional benefit of being open all night long.

However, the city’s clubs are not known for being bravely innovative when it comes to the composition of their event schedules. I suppose that most of us are by now well accustomed to receiving a (what sometimes feels like monthly) Facebook invitation for the next Trash Pop Party. And, while there is absolutely nothing wrong with a good night of 90’s and 2000’s radio bangers every now and then, I find it hard to believe that Luxembourgish audiences should not crave a little more diversity in music and atmosphere.

On regular nights, musical selection in Luxembourgish clubs rarely exceeds the well-established repertoire of Hip Hop and EDM tracks that the crowd is already familiar with. No more surprising is the occasional interlude of a classic tune, such as “New York, New York”, where you can almost hear “Empire State of Mind” being mixed in before it eventually happens. Not particularly challenging, yet efficient, and (I suppose) therefore often unchanged for months and years.

Maybe that explains why a significant number of people prefer to spend their time inside the club snapping pictures rather than listening and dancing to the music. One starts to wonder about the inevitable repercussions of complacency.

After a while, weekends start feeling more or less the same and, without any fear of missing out, the inclination to party slowly declines. Curiosity is not being triggered enough I think, which a night out should stimulate to a certain extent.

I believe the absence becomes apparent when one is exploring the nightlife scene of other European capitals, be that in a metropolis like London, or a comparably smaller town like Copenhagen. These cities of course have their fair share of mainstream clubs that strictly play pop music, but there is still more than enough room for alternative dance events with experimental music on the urban peripheries, something you rarely encounter in and around Luxembourg City. 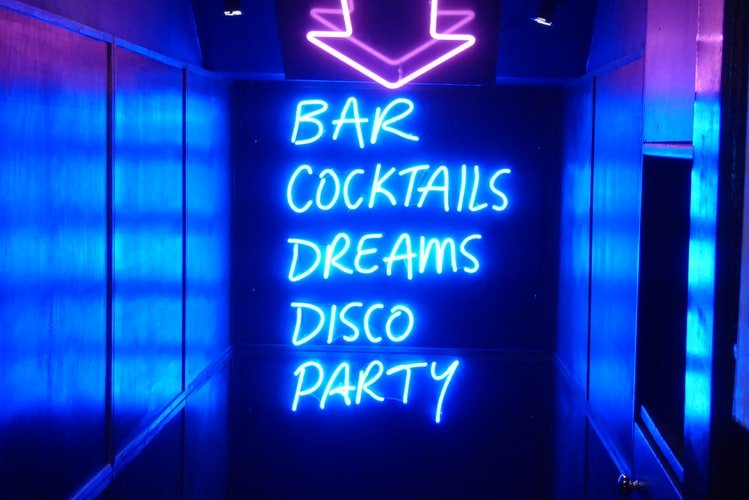 When it comes to music, there seems to be little difference between what you hear during a car ride on a Tuesday morning and what you experience on a dance floor at peak times on a Saturday night.

If club culture in Luxembourg City is to be broadened and cultivated, a few changes in perspective seem necessary.

Naturally, one cannot simply demand more effort from club management, responsibility also lies with audiences. As soon as the bouncer is overcome, the mind of an avid partygoer should be unbiased and curios, waiting for, or in fact demanding an atmosphere of excitement and a night full of strange incidents.

The music, although it might be unfamiliar, needs to be met with an open spirit and the desire to be grasped by it and taken away. This implies of course that musical entertainment can never be a simple replica of what was presented on previous weekends.

Clubs thus become the main platforms for our nightly escapades and weekend adventures. Diversified event schedules, curated DJ line-ups, and complete artistic freedom for performers are needed if the expectations of an ambitious crowd are to be met. Music with peculiar sounds and explorative nuances instead of endless sequences of known highlights and flat breakdowns.

In short: the dynamic relationship between DJ and dance floor has to be paramount. And finally, I can only recommend limiting the online exposure of club interiors, which would definitely help giving our parties back a sense of exclusivity and increase the clientele’s freedom of expression on a night out.

I am sorry to have criticised our clubs quite a bit, and I might have been too vague in my description of the changes I would like to see around town. So let me wrap things up by providing a more concrete example of what I am trying to say.

You may or may not be familiar with the name Eric Prydz, a Swedish DJ and producer most famously known for radio hits like “Call on Me” (2004) or “Pjanoo” (2008). Apart from his mainstream successes, he has released countless EPs under various aliases over the years, exploring the wider ranges of dance music with his productions.

The reason I bring him up: Prydz’ song “Opus” (2016) has been a club favourite in Luxembourg for what seems to me like an eternity. Now while I certainly enjoy the track and its monumental build-up leading to the ecstatic release, I find it slightly annoying that I hear it almost every single time that I frequent one of the city’s clubs.

I understand being passionate about a certain artist, but I think its unwise to exploit a specific song over and over until nothing of its unique affect is left. No issue with Eric Prydz, I would not dare question the man’s talent. Yet I would appreciate if his repertoire was explored a little more.

I understand that “Opus” makes for a great Instagram post and that clubs have to market themselves, but the same result can be achieved with other songs by him. At some point, every track simply reaches a moment of overexposure.

If you rummage through Prydz’ catalogue of releases, you will soon come across Mouseville, a label he created to produce more techno-oriented tracks. They are marked by heavier beats, a darker atmosphere, and more abstract soundscapes, if compared to his pop productions.

I admit, some of them are arguably too challenging for an audience not used to the physicality of techno, but there are nonetheless countless tracks that play with a similar range of affect than “Opus” and could bring our dancefloors alive for a change. Take for example his most recent release “The Raid” (2020).

Starting out with a stomping beat, the song slowly builds up towards a moment of peace, before launching into a driving rhythm of overlapping layers of synthesisers, snares, and hi-hats. Momentum is then created again slowly, yet steadily, over several minutes. Patience and attention are required, yet rewarded with two satisfying drops that bring the song to an end.

You would probably not hear this song being played on any Luxembourgish radio station, and neither does it not need to be. The strong beats are made for a club sound system and intended to create and maintain a regular dance flow. Although it ticks most of the boxes of a prototypical techno track, I believe that the average club enthusiast in Luxembourg would quickly overcome initial hesitation upon hearing this on the dance floor and get behind the rhythms of the track. So how about we try to find out what dance music has to offer beyond “Opus”?

A diverse nightlife scene makes a city more attractive on the international radar. Not only useful to attract tourists, but overall an essential aspect of urban culture that should not be neglected. Clubs have the opportunity to create an individual and unique style, bound to and inspired by local influences, an experience that cannot be found anywhere else in the world.

An alternative dance scene has slowly begun to manifest in Luxembourg over the past couple of years. Although still relatively small, you can occasionally hear the community’s beats on special occasions in the city, as for example on Duke’s Day or during the ING night marathon.

It would be great to see that community find a home in one of the city’s clubs in the future. A regular platform for an explorative style of music, so that nobody would have to relive the same night over and over again.