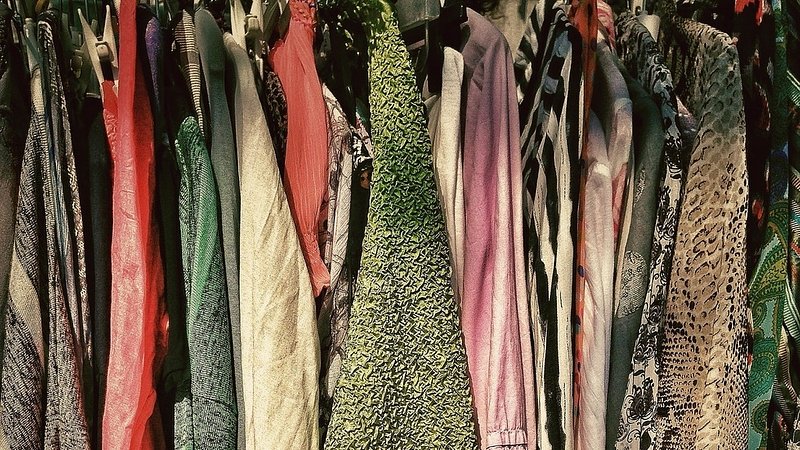 Charity shops are wonderful places where you can find all kinds of gems. Aside from clothes, I've come away with a wonderful slow cooker, a potato ricer, furniture and more when perusing charity shops in the UK.

The odd second-hand shop found in Luxembourg is more likely to belong in the category of vintage shops and sell outrageously expensive designer items. On the other hand, the closest thing to a charity shop that comes to mind is Nei Aarbecht, the upcycled furniture shop run by the Comité national de défense sociale. Nei Aarbecht is a social enterprise which helps the long-term homeless reintegrate into society by working at the shop and mainly repairs and then sells the unwanted furniture donated by people in Luxembourg. Nei Aarbecht is great, but the shop is the only one of its kind and this means it gets overwhelmed by demand and can't take in everything.

Similarly for clothing, the Red Cross has a charity shop called Vintage Mo(o)d based in Hollerich, but googling other second-hand shops simply shows ones that operate for profit.

Where charity shops fit a gap in Luxembourg

In addition to supporting charities, charity shops fill a purpose in being more sustainable (more on that later), being cheap, and acting as a type of one-stop shop for donating unloved items. I've been helping clear out my childhood home and oh boy, we have a lot of books. How to get rid of those books without just recycling them? This is actually quite difficult. If you're not getting rid of books just before the International Bazaar (which has a second-hand book stall), you're kind of out of luck. I've tried contacting second-hand book associations and not heard back and you can't exactly go around the country dropping off books in different open mini-libraries found in former phone boxes.

Mainly, if you're hoping to find somewhere to donate different types of wares - like DVDs- you'll struggle in Luxembourg. I am reticent to just chuck things away at the recycling centre, as I do think we should try and re-use items that are still worth using. Charity shops are able to fill that gap and definitely facilitate being able to donate your unloved items. After all, if you're moving, are you really going to have the time to go donate clothes at x, books at y, and arrange a collection for furniture at z?

From a buying point of view, charity shops make things much more affordable if you don't just have the budget to splash on new clothes, books, DVDs, kitchen items, or more. However, more importantly it's worth trying to curb our own rampant consumer culture, and charity shops are a key means to achieving this goal. 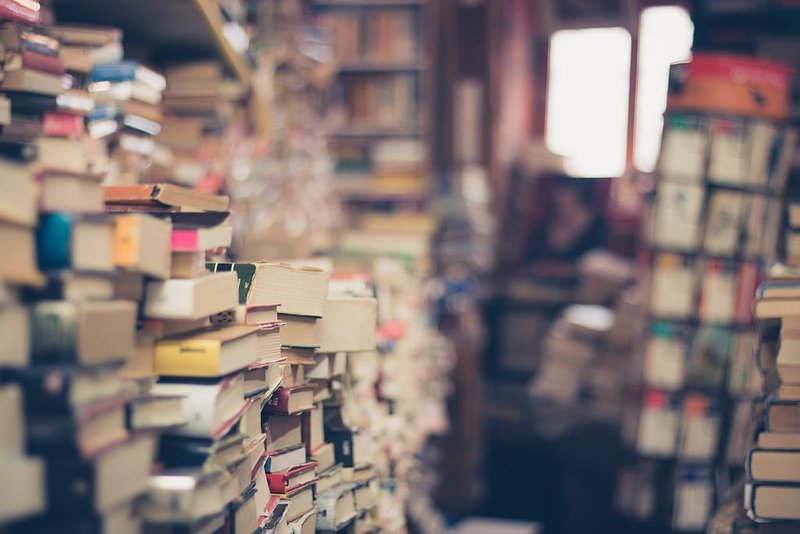 Aside from being bargain hotspots, there's an added incentive to shopping at charity shops. When looking for slow fashion solutions, buying second-hand is one of the key means to achieving the goal, especially if your budget doesn't allow for affording sustainable and organic brands. The shops we see in Luxembourg, as we see elsewhere in the world, are key players in the fast fashion industry. By the time they release brand new spring/summer trends, they're already at work preparing for the autumn/winter catalogue. This cycle crucially sees trends drop from year to year, meaning your clothes from winter 2018 are probably no longer fashionable by the time next September rolls around.

What was the last second hand bargain you found? . We all need to stop buying so much stuff, but we really need to stop buying so much new stuff when it’s all out there already. Things like furniture, clothes and kitchenware for example, can be readily found in shops and online now. They are usually cheaper, have more character, and can be seen as a project to up-cycle if they aren’t quite the right thing you were looking for. ‘Freecycling’ networks have popped up all over, even offering the opportunity to pick up something unloved for free! . It might take a little longer to find ‘the one’ that you’re looking for but it will be so much more satisfying when you do! And the planet will thank you 💚

And let's say you don't especially care for trends, you still buy into the fast fashion cycle by purchasing clothes from these retailers. I hold my hands up, I'm guilty too. To my mind, Luxembourg does not really offer many sustainable alternatives to fast fashion. This is where a culture of charity shops coming in would be beneficial to reducing support for the fast fashion industry, as it plays a key role in the reduce, re-use, recycle mantra. This applies to both buying and donating.

The mantra follows a hierarchy, which means we should reduce and re-use before recycling. Applied to clothing and material objects, this could mean buying better, but re-using is also worth thinking about. The carbon footprint of clothing donated to a charity shop is much lower than that of clothes bought from the new range at *insert retailer here*. To cite another mantra, one man's trash is another man's treasure. This is so true when it comes to charity shops as people donate the clothes they no longer love and somebody else buys it. Whilst we should all have sufficient clothing to last us several years, many of us fall prey to consumer culture and often feel the urge to buy new clothes, or have to do so if we've lost or gained weight. I would argue that buying from charity shops is better for supporting slow fashion and of course, for supporting charities and helping them keep afoot.

When it comes to donating, we also need to bear in mind that if we do decide to boycott buying from fast fashion perps, the fact remains that we still own items from these brands - and just throwing them away would be counter-productive if you're trying to be more mindful. Instead, donate them if they're still wearable as really, recycling should be the final alternative. Fashion Revolution Luxembourg did organise a big clothes swap back in April for Fashion Revolution Week, which is definitely a step in the right direction, but I think Luxembourg could benefit from permanent shops operating on a donation basis. It's worth remembering that donating our old clothes to charity may not necessarily all be appropriate for the people they pass the clothing on, and perhaps these charities could benefit from making a profit of clothing sales instead?

I've made my love for second-hand clear, partially because of spending four years in the United Kingdom and enjoying the thrill of the chase in finding a bargain in a shop. However, I can understand why the phenomenon hasn't taken off in Luxembourg.

To put it bluntly, I believe there is a stigma against wearing second-hand clothing, perpetuated mainly by Luxembourgers. From my experience, people here tend to associate buying second-hand with being poor and not being able to afford new clothing. Granted, that is the reality for a lot of people who need to go to charity shops. But it remains an arrogant and demeaning stereotype. Why should we turn our noses up at buying clothes that others have used?  Clothes do not need to be new to be good quality - charity shops screen donations and recycle anything not fit for sale.

My memories of school are that many people enjoyed showing off brands and new clothes, which seems to inherently clash with the idea of buying second-hand clothes. More often than not, people seemed to be excited by showing off new branded shoes or bags and broadly, the idea of being able to buy from second-hand shops doesn't seem to belong to the Luxembourg paradigm.