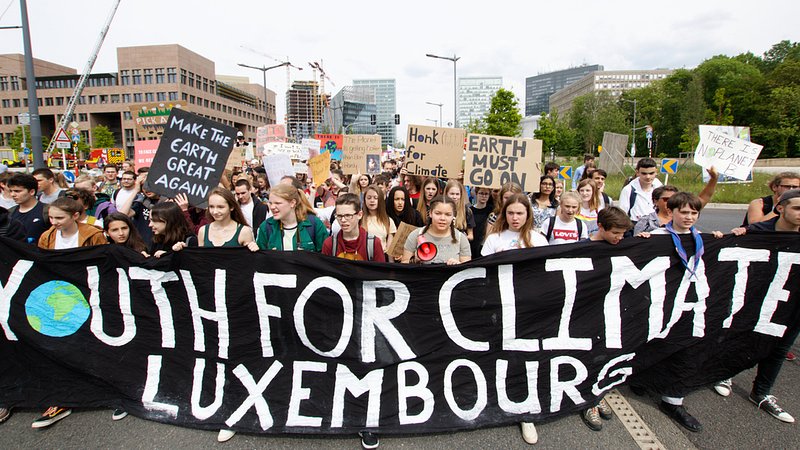 Youth for Climate Luxembourg announced their next school strike on Thursday, planning the strike for 20 September.

The organisers did not haphazardly choose the date for the next school strike. Instead, the group have deliberately chosen Friday 20 September as their next rendez-vous, as the day is the last Friday before the UN's Climate Change Summit, scheduled for 23 September.

Youth for Climate Luxembourg will head to the streets days before the summit to raise the alarm of the urgency of global warming. The group is calling every young person to join in solidarity with those who are already suffering the consequences of climate change.

Consequently, Youth for Climate Luxembourg is also organising a general strike on 27 September, which is not just limited to students. The students call upon trade unions, organisations, and employers to get involved.

Above all, the group's direct aim is to urge the government to do more to combat climate change. On a global scale, there will be climate protests worldwide from 20 to 27 September.