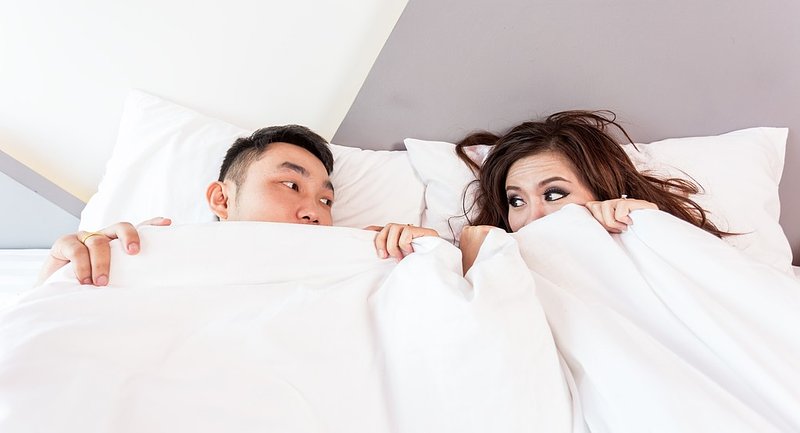 Oscar Wilde is claimed to have said: “Everything in the world is about sex except sex. Sex is about power.” This statement still stands, even in contemporary societies.

I don’t need to take you through the steps of boy meets girl (also applies to boy meets boy/girl meets girl) because you already know them. But what I do want to talk to you about is where these steps inevitably lead.

They are steps that are intimately familiar, and they form a well-worn path throughout human experience. Even our missteps are part of the sociocultural cannon, with books, films, TV shows and theatre productions regularly attempting to deconstruct, parody and understand the intricacies of sex, relationships, experience and communication.

Yet despite this evident fascination for all things love, commitment, and involvement, there remains so much we slowly circle around, nimbly avoiding the sometimes sticky, delicate or downright filthy nature of what it means to have sex. It’s strange to me that although our society prides itself in being liberal, free and tolerant, although we are engrossed in the pornographic, obsess over bodies, constantly seek romance, and pretend to embrace casual sex, our mainstream culture explores sex itself little further than skin-deep.

The topic is still taboo, but it’s a taboo that resides in the grey zone of ubiquity. Sex, in its universal and assumed omnipresence continues to escape us. Aside from a set of dry school lessons on the biological workings of the human body, as regards sexual pleasure, health, consent and boundaries, well, these strands of the conversation remain largely off limits. 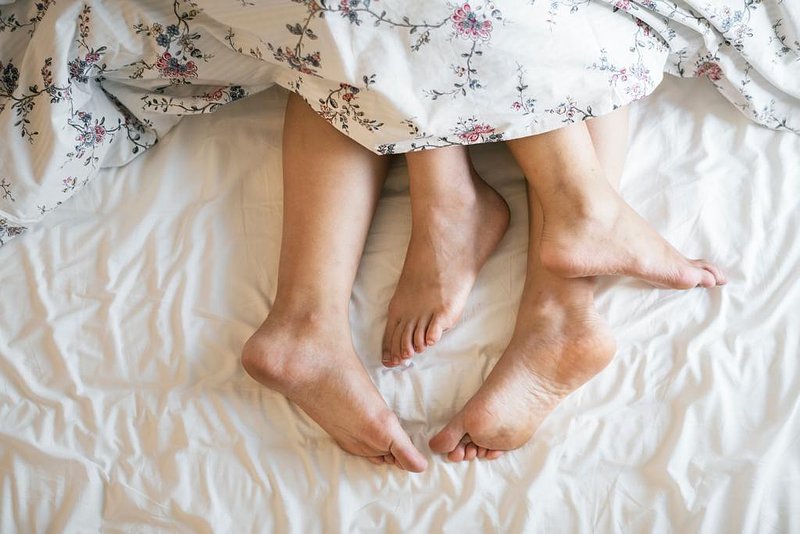 I am privileged to be able to speak candidly with my friends about sex. From the hilarious and awkward blunders, the uncomfortable and sometimes painful realities, to all the moments in between, sex is on our tongues. Sexual chemistry flavours our encounters, a tension that can render unassuming encounters into exhilarating opportunities. Sexual and emotional betrayal, meanwhile, feels like such an invasion of body, autonomy and self that only through talking are we able to process the experience. Unfortunately, oftentimes these experiences need little explanation for there are many comparative stories to draw from. I’ll show you mine if you show me yours is a disgracefully commonplace phenomenon.

Stripped bare between the sheets is where we can be at our most vulnerable, our most free, but also our most restricted. Words are left unsaid, body language is misread. What is obvious to some is mysterious to others. While the #metoo movement promised something of a sexual revolution and the potential to approach sex with newfound openness and sincerity, there remain many gaps and silences within public conversation. One of these neglected issues concerns condoms. 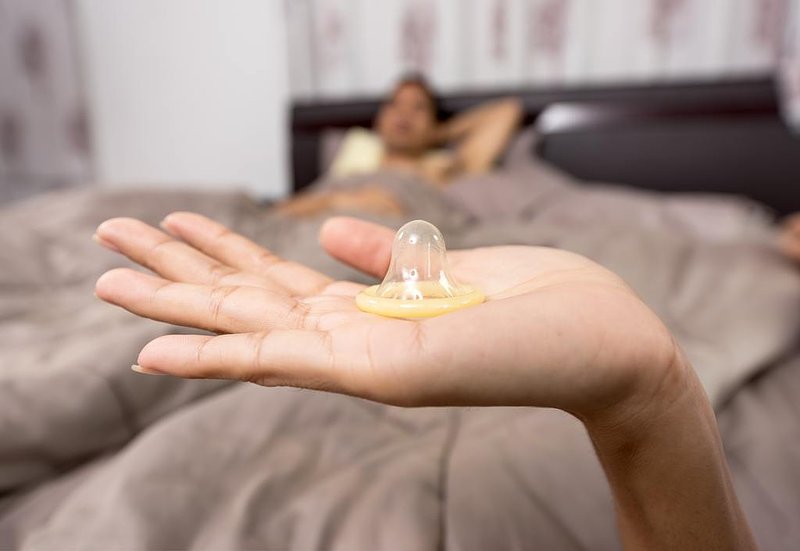 I say neglected, but I have found that the topic is routinely avoided, laughed at, circumvented, dropped or hidden away like something dirty and embarrassing. In all honesty, even writing the word feels a little odd, but why? Condoms are the safest and easiest way – besides abstinence – to avoid sexually transmitted diseases. Yet the number of sexually transmitted diseases is on the rise in the UK and in the US, and while European rates are low, the development of antibiotic resistant STDs predicates ever-greater consequences to risky behaviour.

Lustful glances, fumbling fingers, hungry hands: we are all guilty of mistakes, and the point of this article is not to shame, but to move towards a culture where it isn’t shameful to ask for what’s right. Matters are not helped by the widely held view that condoms lessen or even ruin sexual experiences. They are further exacerbated by the fact that “men hating condoms” seems to have become an accepted fact of life.

A quick Google search reveals a number of articles delving into the issue, trying to understand why men hate wearing condoms: inadequate sizing, reduced sensation or ability to climax, a sure fire way to ruin the mood… I don’t want to negate the existence of issues, but as a woman, this level of discomfort pales in comparison to an unwanted pregnancy, an STD that might prohibit the ability to have children, or the myriad of side effects of hormonal contraception. What guarantees sexual pleasure for one can cause the other mood swings, low libido, and weight gain, nausea, ad infinitum. Trials for a male equivalent of the pill were quickly suspended. Persisting power imbalances mean women continue to endure the brunt of any mental, physical and emotional toll sex can elicit.

This reluctance and resistance results in a lack of initiative at best, and a serious breach of boundaries at worst. Men who insist on sex without a condom “just once”, men who remove condoms during sex, men who continuously fail to grasp what it means to go on the pill. I have had too many conversations that reveal how willing men forsake a woman’s health and safety for the sole pursuit of pleasure. However rare or frequent these experiences might be in the grander scheme of things, any number of times is too often.

The term sexual assault is a severe one, but trying to have sex with a woman without protection when she specifically expressed otherwise rapidly falls into that category (context is, as always, important). It’s difficult to explain the level of violation a woman feels when a man ignores her wishes for his own gratification. It’s painful and nauseating to be robbed of your autonomy. But the words “sexual assault” and “rape” often shut down conversation, and it reveals the inherent dearth of suitable vocabulary within our society. If we don’t have the right tools to have a discussion, how do we eliminate the problem? 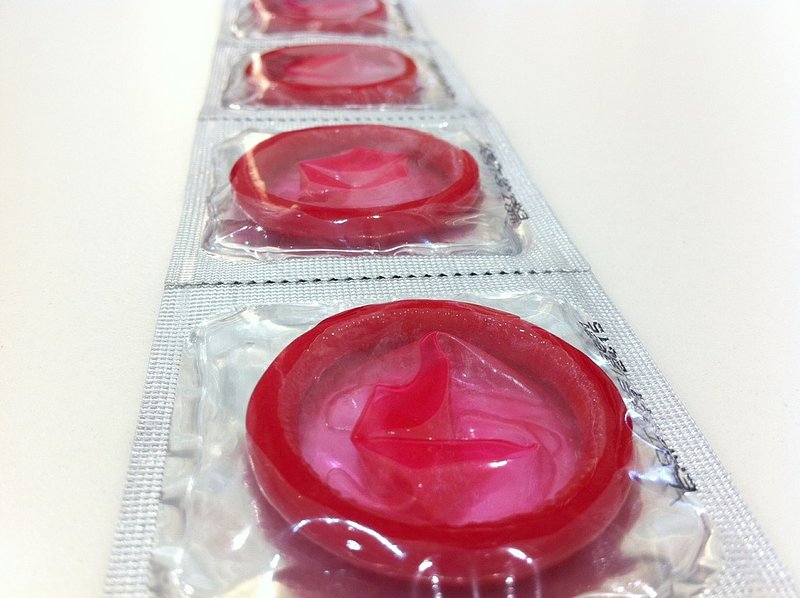 We choke on the absence of language, a silence that generates more pain, fear and confusion. Alcohol further blurs these lines: was it an accident, or was it an explicit attempt to exploit the darkness of a drunken encounter? There is a reflex towards rejecting the words that relegate you to victimhood. But let me make this clear: whether through ignorance or intent, having your physical health and emotional wellbeing put on the line is harrowing.

Ignorance should not be an issue. A 33-year-old man who does not understand the basics of sexual health and thinks the vagina is self-cleaning to the point that it fends off STDs naturally (true story) should be a joke, not a reality. So these are the conversations we need to have, at schools, between friends, with parents. We all want to have positive and enjoyable sexual experiences, and this starts when initiation comes from a place of honest respect.

It’s exhausting to ask about condoms, repeatedly. It’s frustrating to be left with the responsibility of practicing safe sex, a responsibility that is taken for granted because it is women who are left with the most obvious consequences of unprotected sex. It’s disheartening that this remains a question and has not passed into the realm of “fait accompli”: consenting adults that agree to sleep together should be equally engaged in doing so safely.

It is a mystery to me that, while ‘sex makes the world go round’, the unspoken realities of sex linger, festering just beneath the surface. Not unlike chlamydia. Unless you state otherwise, a condom should be the go-to move, not “let’s see how far I can go before she says something”: practicing respect is not an exercise in testing boundaries; it is both a basic human obligation and right.