The Women's Football World Cup has been a monumental success but why is this a surprising fact?

A 41-year-old, married, father of two to be precise. And I have some experience in kick ball, soccer, kicking the ol’ pigskin. Jumpers for goalposts and all that.

And I am very happy that those goalposts are moving, even with all the nonsense talk about making goals smaller.

I’ve written before about Toxic Masculinity and it got me in a bit of bother with some INCELS and some of the less secure users of the internet and while I am aware that the notion of Toxic Femininity is also worth a review – there are some horrible women out there too, no doubt – this is not the column for such comment.

The number of women who currently play sport or who closely follow sporting events is steadily increasing. This increase is a result of changes that took place in schools in the 1970s.

On 19 April 1967, Kathrine Switzer made history by circumventing the ban that prevented women from competing in a marathon. She also did this in the oldest marathon in the world - the Boston Marathon - and she did not just run it, she finished it with a time of 4 hours and 20 minutes despite the organisers' boycott. Kathrine herself remembers the event in an interview with the BBC: "He grabbed me by the shoulders," she recalls, referring to Jock Stemple (co-director of the race), "spun me back and started trying to rip off my bib numbers." Her bib number was 261 and ever since then it has been a symbol of equality. 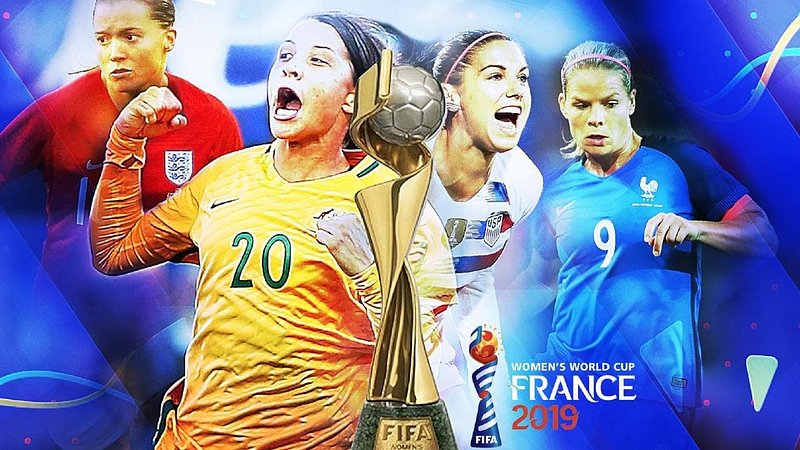 The Women’s World Cup has been (those awful Cameroon moments of sour play aside) a roaring success. Fast paced, technically nuanced and as well played as any men’s game.

That this comes as somewhat of a surprise says less about those participating and more about those promoting the game. Or not, as the case may be.

“Sport has the power to change lives. By teaching women and girls teamwork, self-reliance, resilience and confidence, sport is one of the great drivers of gender equality. Women in sport defy gender stereotypes and social norms, make inspiring role models, and show men and women as equals.” (http://www.unwomen.org)

Yes, there will be the smattering of bitter old farts, mumbling through the froth on the pints of real ale. Bemoaning that the man’s game has been ruined by the extra X chromosome. The men's football team with which I played for a while, made up of largely middle-aged men with no better sporting prowess than a bus on ice (and an equivalent turning-circle) decided they would not be watching the tournament as it was 'laughable', an 'embarrassment' and a 'waste of time'.

It was lost on these fine upstanding gents, that the women taking the field and representing their countries were at a far better level of fitness, endurance and technical nuance than a motley crew of village team veterans. And, that in the unlikely chance that these women would come to the dusty fields of a German hamlet, it would be a bloodbath. The tottering titans of the penalty box would get their asses handed to them, on a plate, with a side serving of Bratkartoffeln.

What was more saddening is that most familiar of tactless stereotypes, that the women's teams were judged on their appearance rather than ability.

It is with great hope that the final (on Sunday and RTL will have a Freeview screening) will deliver on the promise. That the fastest growing sport in England and the USA (who are current AND likely future World Champs) is still severely underfunded is a huge issue. 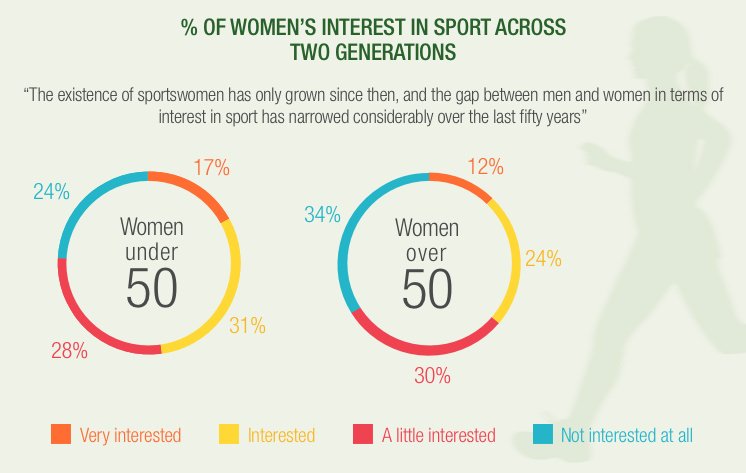 Football is a global game but is one that has been owned by the boy’s club for so long that even in the corridors of RTL there’s still scorn passed over the sport.

I’ve had conversations with my wife about mixed professional sides. No, scratch that, I’ve had arguments with my wife about mixed gender sides. My wife is fiercely competitive, and, as I have previously alluded, has done well in her chosen field, having to succeed in a ribald men’s world. But this is a different place to what it was 20 years ago and some folk (mainly those of puffed chests and bulging stomachs) are struggling to deal.

Anyway, my wife, sat down beside me and watched some of the Italy v Netherlands quarter finals. She made comment on the steely expressions and the speed with which the game was played. We discussed the merits of grass roots participation and the investment in developing sporting talent. We exchanged views on whether men and women could or should play together at amateur and/or professional levels.

While I am an advocate for equality, there was something within me that resisted that notion. Now, let me be clear, this was not something out of 'The Misogynists Handbook' but a strange reaction where I suggested that women would get hurt. That the system does not allow for sports to be enjoyed together. That boys are mean. My insinuation was that women couldn't handle it. My wife was right, of course, that women should be able to choose whether they want to get involved with the nastier elements of the men's game. Many could and would rise above it and to victor the spoils but that doubt still lingered...would the playing field by a fair one, for women and indeed for men?

My wife also wondered aloud as to the officials being female at the World Cup, and the coaching staff being male and female and she considered where the line was drawn? When I pointed out that yes, it was true, women also officiated men's games, my wife was pleasantly surprised, having not previously known of this fact. This yet another case in point of women perhaps not being aware of the opportunities available to them.

Having watched a great number of women's sports (I've also played Rugby touch and contact with some incredibly tough cookies) over the last years it is clear that the 'fairer sex' get on with the task in hand with far less fuss than the men.

Now, in my eldest son’s team (under 13's football) there is a young girl, aged 10 ½ and she’s far better than most of the lads on the team. Tougher, faster, technically better gifted. She will not be able to play with the team as of her 13th birthday. This being down to some parochial take on the fact that she will not be physically able to take the knocks to the shins dished out by the bigger, faster boys.

This old trope must be eased out of the modern way of thinking. If young girls (and boys) are to look to their heroes/heroines and hope to one day emulate their success, this need to be fostered at a young age and the opportunities must be available at the same time.

The Women’s World Cup has now beamed names into homesteads and thus created a host of new household names. Wide eyed youth has now seen and heard the stars of tomorrow. Now for every LeBron James, there is a Megan Rapinoe, for every Harry Kane a Lucy Bronze, an Alex Morgan will be as well-known as Ronaldo (in some parts). Australia’s Sam Kerr is already a global star. For every Nadal there is a Williams. How long will it be before the next, next Cori Gauff is on our screens? 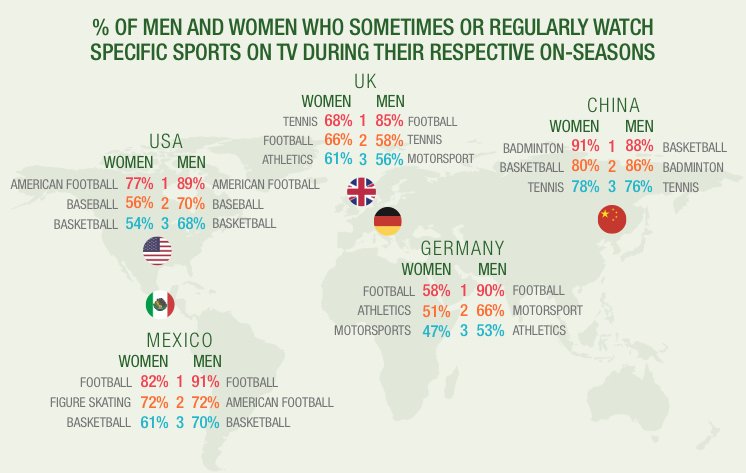 17.2 million viewers in the UK watched the tournament so far, that’s some way above the 12.4 million in 2015, and the final is still to be screened (albeit with a less interested British interest) 11.7 million of those were gripped by the dramatic semi-final between England and the USA.

To put this in perspective, these numbers dwarf those for the viewing figures of the Cricket World Cup, though that has been snaffled up by pay per view broadcasting cos.

Do I think that men and women should compete on the same fields in the same way they do in professional settings?

Yes and no. The reasons are confused, if I am honest. Whether that be an innate reluctance to accept the changes that are happening, a genuine fear for the physical safety of women - if these be outdated ways of thinking, then I need to adapt and fast - or if the idea outweighs the logistics, I am still muddle-headed.

There are many supremely gifted and supremely talented women. Millions that are better than their male rivals and certainly there are those that can do more than merely hold their own.

But do I want to see open gender combat sports? Would an open platform UFC work? I know that Cyborg would kick seven shades of sugar, honey, ice, tea out of the majority of blokes but do I want to see, as a spectacle, a man beat a woman in the Octagon? I think that’s best saved for a future series of Black Mirror (a consultant fee is negotiable Mr. Brooker). As a caveat, I once went kick-boxing with a female work colleague, she was a weekend pub bouncer in Bristol. We were paired up for sparring. I got clock cleaned. Repeatedly. 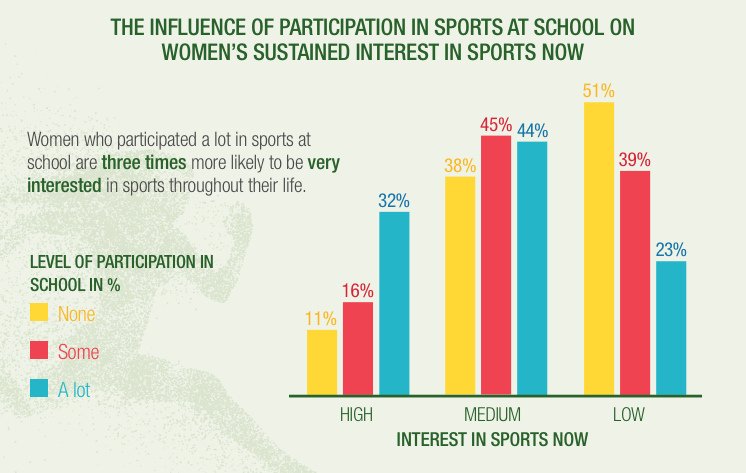 Look at tennis as an example, even as far back as Billie Jean King taking on and beating Bobby Riggs, or the modern version where Serena Williams had a much-publicised match against Roger Federer.

Women have played best of three sets for decades. Women have also been paid far, far, less than their male counterparts (a theme that is not exactly limited to sports), should the game change to allow for equal prize money? Or should women make the step to five sets that has been considered physically above their capability?

If we take a step further and look at the case of Mokgadi Caster Semenya and testosterone levels, are we at a point where gender classification is becoming moot? Should we be at a place where he/she/gender fluid is faster, better, stronger be the one’s crowned champ?

I am of the opinion that gendered thinking, and the weight of history, has kept women back for far too long. That now the sea change is coming it seems silly that those manning the sea defense want to protect their family jewels. Just wear a cup good sir, it is no longer a matter of sex.