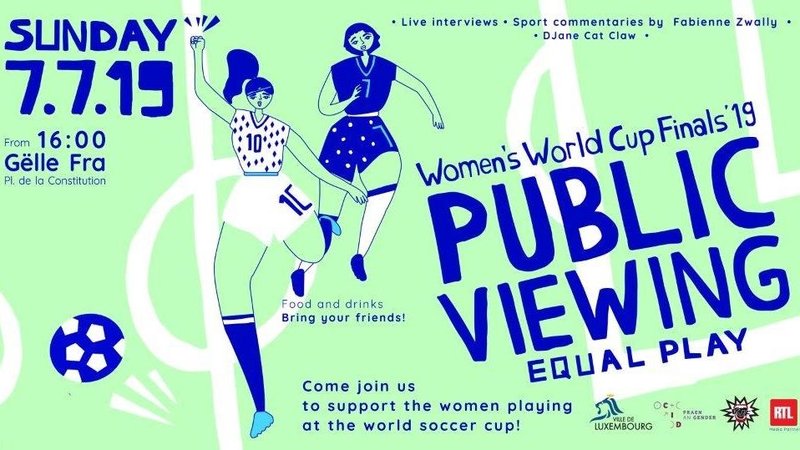 The Women's World Cup in football is at the semi-final stage. The final will take place on Sunday 7 July and the City of Luxembourg authorities have announced that they will be hosting a public viewing.

The end of the hugely successful 2019 Fifa Women's World Cup is nigh and if you've been following the action, you'll be able to watch the final in a public viewing in Luxembourg City.

The association CID | Fraen an Gender (Women and Gender) is organising the event alongside the City of Luxembourg and the match will be shown for free on Place de la Constitution. Kick off is at 4 pm on Sunday.

The final will see the United States go against either the Netherlands or Sweden, depending on the outcome of the second semi-final match on Wednesday night.

There will also be a dedicated area designed for those with special needs requirements.