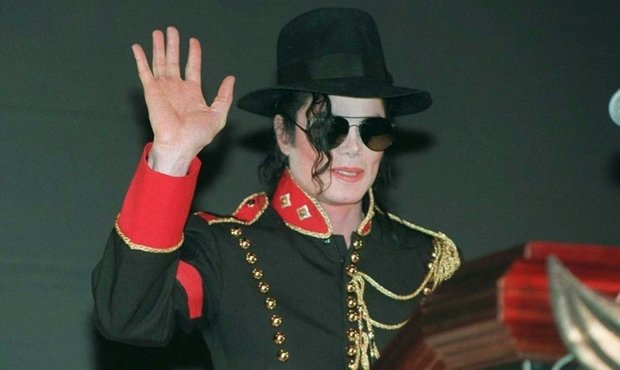 In part two of this lengthy opinion piece on art and the artist, Nathalie Lodhi explores Spotify's latest measure and weighs in on the Michael Jackson debate.

The practically impossible task that Spotify gave itself with the Hate Content & Hateful Conduct policy, as well as the backlash against it, led to the streaming service to revise its policy. As a result, in January it quietly introduced the option to mute particular artists, albeit this does not apply to artists featuring on other songs.

This new policy both absolves Spotify of its moral dilemma and puts the onus on the user to embargo specific artists. It is certainly useful for somebody who admits that certain songs by artists are catchy, but wishes to avoid supporting them further. However, issues remain. Will people truly endeavour to stop providing their support to problematic artists? Or will they remain wilfully ignorant, as most people (myself included – I wholly admit that I have in the past listened to R.Kelly songs and just quashed my discomfort) have done for some time now.

On the note of wilful ignorance, boycotting music is more difficult for some than for others. I have no personal connection with R.Kelly’s music beyond thinking ‘this is catchy’. My mother, on the other hand, has a song that she associates with the birth of each of her children, often because she heard it on that day and made a note of it. For my brother’s birth, that song is R.Kelly’s I Believe I Can Fly. As with other people who may have fond memories of specific songs, for instance as their wedding songs, this is a conflicting process as on the one hand, the song reminds you of a special day, but on the other hand you can’t stop yourself from thinking about the allegations.

Back to Spotify’s policy, it seems like a weak way for the streaming service to claim it offers an option to concerned users who wish to not be presented with the music of abusers. A type of half-hearted Me Too venture, one could say. The measure has its benefits, as I for example would like to listen to playlists without being duped into supporting XXXTentacion.

But is the measure enough? That itself begs the question whether or not streaming services should be the moral arbiters of supporting controversial artists. I think streaming services and radios do have a lot of power and after all, streams and listens go straight to the pockets of those artists who may be child abusers, sexual abusers, etc. Promoting the music of a child abuser and ensuring they profit seems deeply problematic. Some might argue that it is not up to streaming services to dictate who to listen to or not, but they make choices concerning our listening habits that we may not necessarily be aware of (the example that comes to mind is Spotify’s relentless promotion of Drake when Scorpion was released). I don’t think it’s right for services to continue supporting abhorrent individuals financially. An individual boycott also doesn’t have much weight either.

I stand by anyone who has ever been the victim of sexual assault: pic.twitter.com/67sz4WpV3i

Artists do also have a say, not unlike Lamar. Lady Gaga, who collaborated with Kelly on Do What U Want, pulled the song from streaming services and apologised to fans in a move that some have seen as rather late. Allegations have surrounded Kelly ever since he dubiously married his 15-year-old protegee, Aaliyah. Yet, it took 25 years for the public consensus to be one that condemns Kelly.

Michael Jackson and a changing tide?

The accusations of Michael Jackson’s paedophilia have followed him for a long time, even beyond the grave. Despite this almost being ‘supposé connu’, the resistance to such accusations remains fierce. Could that be due to change though? Dan Reed’s Leaving Neverland documentary aired at Sundance in January and the allegations are damning. The two-part documentary aired on HBO and Channel 4 this week.

Many still believe that Jackson is innocent, but having watched the documentary, it seems difficult to fathom that these two men would risk so much by lying. The documentary details and highlights the extent of grooming that would lead to men to take decades before they could process what happened to them. For those of my generation, it might be unthinkable that people could be swayed so much by one individual, but Jackson's superstardom in the 80s and 90s is something that doesn't quite exist nowadays.

Jackson, the King of Pop, remains a high profile example of someone who has been accused of some truly deplorable things, yet will we boycott his music? It’s easy to boycott a rapper who started on SoundCloud and may not have breached the mainstream as much, but an icon?

Radio stations in Canada, Australia, and New Zealand have removed Jackson's music from their playlists. The BBC has not, claiming it has a policy not to ban artists, but thinking on my earlier example: surely the BBC no longer plays Lostprophets's music, which could extend to a banning of the artist? Again, this appears to be a bit of an inconsistent approach.

The Simpsons also removed an episode in which Jackson voiced a character, which is certainly a high-profile reaction to the documentary. Many people are having difficulty accepting that such a prolific role model, idol, or artist whose music they adore could possibly be someone who committed such abhorrent crimes. This, I think, is possibly due to the cult of celebrity and the sense that we as fans 'know' the celebrity in question. We don't. They present an image of themselves to the world and that image can be far from the reality of their personality. This is worth remembering.

Ultimately, everybody has to process how they react to such allegations differently depending on their connection to the music and the artist. In earlier decades, or even centuries, one could possibly claim innocence to knowing about an artist's questionable lives. Nowadays, that seems to be thoroughly in the past.

It is difficult to try and grapple with this issue, but I think we owe it to the victims of these artists to try and be aware of our discomfort and sacrifice our own enjoyment over actively supporting an abuser.

---
Nathalie Lodhi is a translator and editor for RTL Today and has an avid interest in music and history, although her topic of choice is usually Zimbabwean politics.