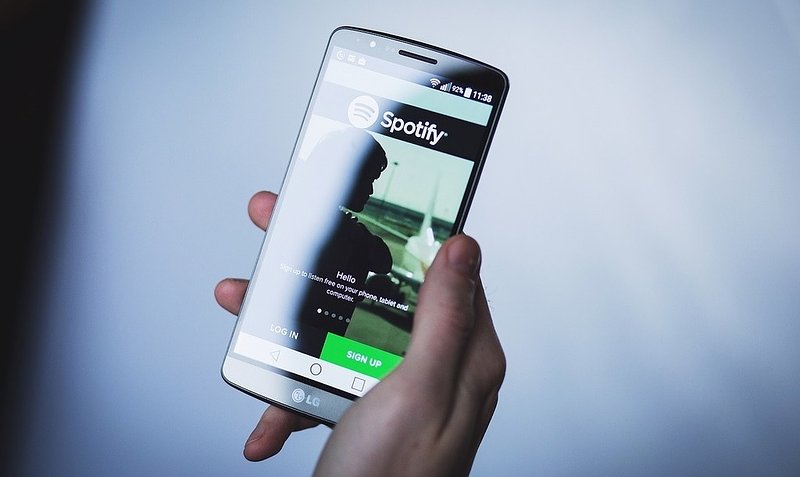 In the Me Too and Time's Up era, allegations concerning abuse and assault by music artists dominate headlines. Do we separate the art from the artist or do we need to investigate whether we can continue to consume music made by those who have done abominable things?

The topic of R.Kelly’s substantial abuse and grooming of multiple women is one that dominated the public discourse increasingly since the documentary Surviving R.Kelly aired, culminating in his indictment on 22 February.  It raises uncomfortable questions about consuming R.Kelly’s music: can we continue to mindlessly enjoy Ignition (Remix) without feeling disturbed? For those of us interested in music and how streaming services should, if at all, react to such allegations, this has been a longer issue, but one that resurfaces with every emerging allegation. 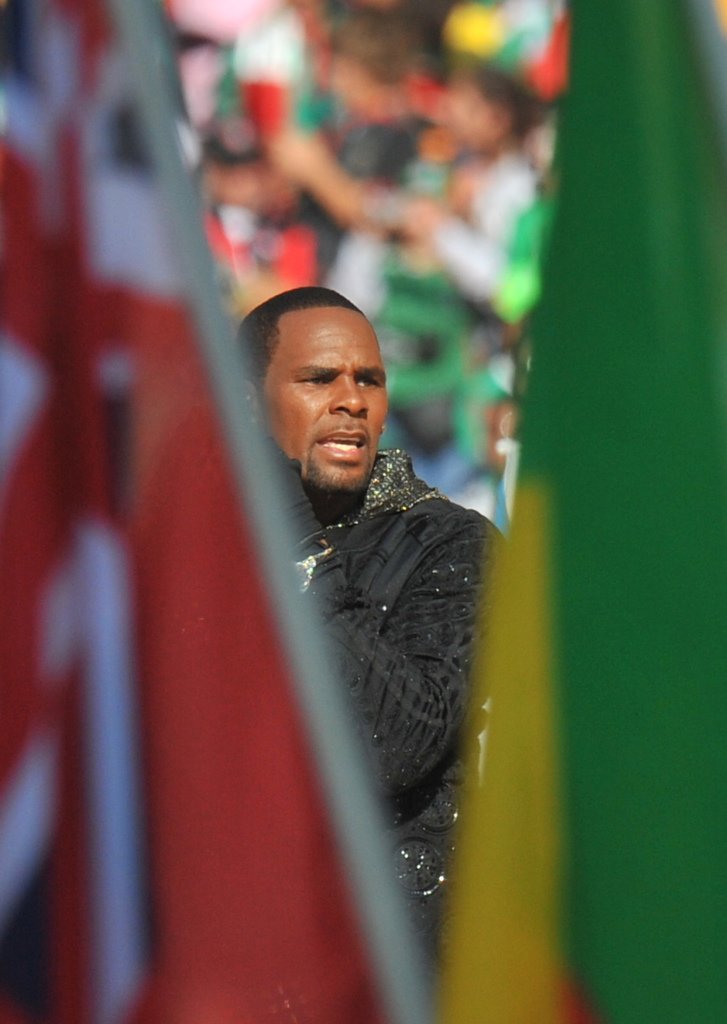 The streaming service Spotify has had the most media coverage on its stances against hateful conduct, although Apple Music and Pandora both removed R.Kelly's music from promoted playlists. Spotify’s first stance against artists who were proving controversial was to remove them from promoted playlists as per its Hate Content & Hateful Conduct policy. As per the official statement, "When an artist or creator does something that is especially harmful or hateful (for example, violence against children and sexual violence), it may affect the ways we work with or support that artist or creator."

Artists targeted by this measure included R.Kelly and the now-deceased XXXTentacion, whose charges include beating his pregnant girlfriend at the time. At that point, these artists vanished from their playlists like Discover Weekly, Rap Caviar, and other popular curated playlists put together by the platform. Whilst R.Kelly's streams remained broadly unaffected, XXXTentacion's streams saw a 17% drop following Spotify's decision.

The issue with ostracising artists who have records of abuse is that it can be far more insidious than simply applying to artists. What do you do if a producer is the one who has been charged with abuse? Do you remove all the work of artists who have collaborated with this producer even though many other innocent people worked hard on the record in question? This issue was flagged by Micah Peters, the host of the podcast On Shuffle. Abusive or questionable behaviour is often something that occurs behind the scenes and a number of record executives have dubious pasts. That in turn enlargens the field of ‘if we remove all music attached to this executive’s label, that means artists like Ariana Grande, the Weeknd, etc face being penalised for something they have not actually done.

As Peters rightly pointed out, it is a tricky position for a streaming service to act as judge and jury. Obviously, artists with such track records are in the spotlight more because of their very fame. They experience a level of scrutiny that those working behind the scenes do not. In January, Chris Brown was arrested in Paris on suspicion of rape.  If a record executive in turn is accused of rape, sexual assault, or a similar crime, it does not quite get the media coverage that an artist signed to that executive’s label might.

It is an understandable position that streaming services do not know how to react to allegations that come up in musicians’ personal lives. Once a streaming service does act, like Spotify did, the general public and users expect the service to be thorough, but, as outlined earlier, how far should the service go? All the way to the top of record labels or limit themselves to artists and those involved in the direct development of music? It’s certainly a slippery slope.

At any rate, consistency is an issue. After all, Pulitzer Prize-winning Kendrick Lamar's representatives threatened to pull their music from Spotify after the service removed XXXTentacion from their promoted playlists. At first glance, this certainly concerned me as a fan of Lamar. Was that an endorsement of XXXTentacion, who, in my opinion (and this is an issue that has divided many on Twitter) was deplorable and not somebody I personally wanted to support. It didn't sit well with me that an artist I admire so much would openly support an abuser.

Whoa. Are they censoring the music? That’s dangerous.

The CEO of Lamar's label Top Dawg Entertainment, Anthony "Top Dawg" Tiffith then went on record, explaining that he noticed hip-hop artists were predominantly targeted by the policy, whereas white artists with violent histories remained on promoted playlists. When I read that, I did understand the move more, even though I personally still feel uncomfortable.

Following such a prominent artist as Lamar’s threats, the streaming service retracted its policy in relation to XXXTentacion. That again does demonstrate a flaw in the Hate Content & Hateful Conduct policy. XXXTentacion had a number of charges related to deeply reprehensible acts against him before his death. Making him an exception to the policy based on public outcry is also problematic. Should streaming services continue to promote the music of Chris Brown because he has a number of fans still supporting him? Anybody proclaiming Brown’s innocence should definitely put some time into researching the court report on his domestic violence against Rihanna.

Blacklisted - what is too abominable?

The question is, where do streaming services draw the line with blacklisting content? I can kind of offer an answer to that.

British youngsters growing up in the early Noughties were possibly familiar with Lostprophets. I too enjoyed their music back in the day, but the band has since been completed blacklisted by the music industry - and not without due cause. For those unfamiliar, the band's frontman Ian Watkins was charged with multiple sexual offences against children in 2012, including an attempted rape of a one-year-old. Not a year later, the rest of the band disbanded and no longer make music as Lostprophets. Watkins was sentenced to 29 years in prison for his crimes. The trial records are available online and some users on Reddit have warned against reading the transcripts, with one user describing it as " so mind-blisteringly upsetting that you would literally sever an artery to go back and stop yourself from reading it." 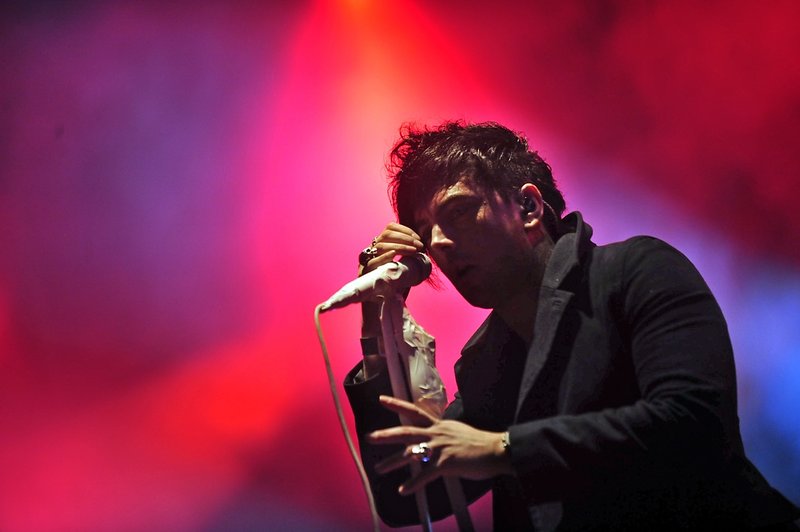 You won't find Lostprophets on streaming services, whether as part of promoted playlists or simply available to listen to. To date, some videos of the band's music remain available on YouTube, but even former fans are unlikely to watch the videos without feeling incredibly uncomfortable.

The example of Lostprophets shows that there is a line that artists can cross, and once that line is crossed, that artist will be blacklisted. But is that line universal? If R Kelly is found guilty, will all his music vanish from streaming platforms? According to Spotify, R. Kelly has 5,047,296 monthly listeners, which makes his scope far more significant than that of Lostprophets. There's certainly a difference between a Welsh rock band and someone who made a mark on 90s R'n'B.

Another more prominent example is the King of Pop himself, Michael Jackson. Jackson has been dogged by sexual abuse charges, the latest forming the basis of a harrowing documentary, Leaving Neverland. I wanted to watch the documentary before coming to an opinion on Jackson, which is why I'll address that in part two of this (lengthy) thought piece on music and blacklisting.

Increasingly, I find myself shuffling my music and immediately skipping a song once I realise 'Oh, this person is not somebody I want to support.' Not everybody agrees with me on this, of course, arguing that we have separated the art from the artist if we look back at earlier music, or even fashion (after all, Hugo Boss manufactured Nazi uniforms). Whilst Spotify's stance has moved to allowing users to decide who they wish to not support (more on that in part two), should there a consistent position taken by streaming services?

Tune in for part 2 later this week!

---
Nathalie Lodhi is a translator and editor for RTL Today and has an avid interest in music and history, although her topic of choice is usually Zimbabwean politics.