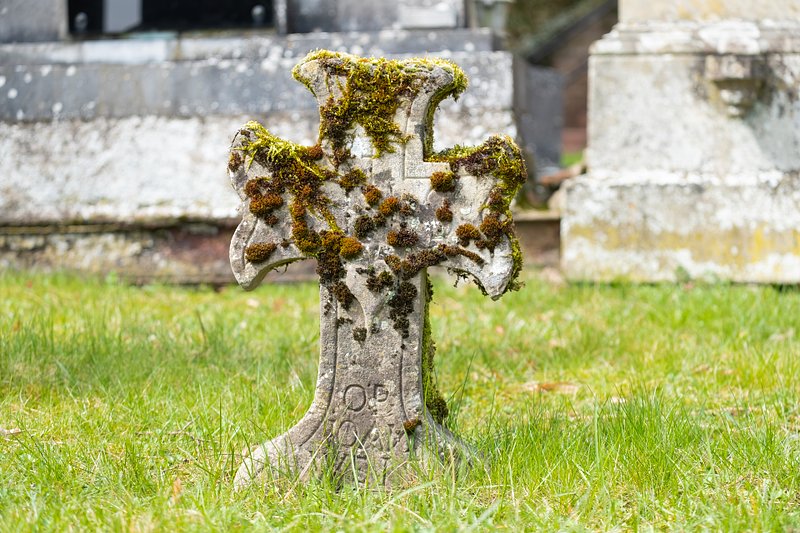 Think you know all about Luxembourg's legends because you've heard of Melusina before? Think again as we explore some lesser-known tales from the Grand Duchy's treasure trove of myths.

Luxembourg has no shortage of fascinating myths and legends. Some are well-known, such as the myth of Melusina, the cruel tale of the Kropemann, or the macabre tale of the Peter Onrou statue. However, with so many myths around, it is no wonder that some end up almost forgotten… almost that is.

One of the most famous collections of Luxembourgish myths and legends is the Sagenschatz des Luxemburger Landes collected by Nicolas Gredt. However, the legends we are telling in this article are not actually from that book. They are from a series of articles published between January and April of 1889 in the Obermosel Zeitung, entitled Luxemburger Sagen und Legenden, which served as an addendum to Gredt's popular collection.

Two of them are from the picturesque town of Esch-sur-Sûre, which just goes to show that, no matter how quiet a place seems, you never know what might be lurking just around the corner at dead of night… Enjoy the stories!

I. The dwarves from Esch-sur-Sûre

Near the idyllic town of Esch-sur-Sûre, there is an area known as 'Althausen'. When ploughing the ground, there is a good chance that you might come across underground passages. According to legend, these are the dwellings of the so-called "dwarf men" who once inhabited this area.

Before these kind helpers moved to Althausen, they lived in Heiderscheidergrund, not far from a local paper mill, whose owner showered them with all kinds of benefits.

But one day, all the old miller rewarded them with was disdainful ingratitude. The dwarves, who like to help but refuse to be exploited, left their homes in Heiderscheidergrund and settled in Althausen.

From here they went every evening to the old 'Keckeschhaus' in Esch-sur-Sûre, one of the oldest houses in town, and took care of everything and anything. The flour that the housewife had put in the kitchen in the evening was transformed into newly baked bread in the morning, the unrinsed tableware was in its place, cleaned and scrubbed, clothes that were lying in the kitchen to be washed, were dry and folded in the living room the next morning, and even in the barn the dwarves gathered in large groups and worked diligently.

One day the inhabitants of the house decided that it was their turn to do something nice for the little benefactors. They bought some cloth and put it in the living room. When the dwarves saw it, they started to cut it and before daybreak they had used up all the material and ran into their caves dressed in their new clothes.

However, they never returned from that time on and when people investigated the Althausen area, they found the underground dwellings empty. The dwarves had disappeared for good.

Between Esch-sur-Sûre and Heiderscheidergrund, the Sûre forces its way through a narrow, wooded gorge over jagged rock masses. On the banks of the Sûre looms a dark forest called the Pützbach Forest, where only very few hikers dare set foot.

If this place is already eerie during the day, as the sun's rays cannot penetrate through the dense treetops of the huge beeches and an eerie semi-darkness constantly prevails, then in earlier times, the local population avoided the area even more when night crept over the mysterious lands.

The story goes that one day, as the clock of the distant parish church of Esch-sur-Sûre struck midnight, a hiker, who happened to be late, saw two horsemen riding silently through the forest. One rode a noble animal, a white horse, and his armour was bright like his steed, but the other rode a coal-black beast and his equipment was accordingly.

At a clearing in the forest the riders met, jumped off their steeds, and fought with each other. The fierce blows of the fighters resounded far and wide through the silence of the night, until suddenly the coal-black rider knocked his partner to the ground with a far-reaching blow.

When the duel was over, a light-skinned figure suddenly appeared among the forest trees; a woman, beautiful and full of majesty, yet angry with the murderer.

Bowing down to the dead man who had once been her bridegroom, she then cursed the murderer and called down God's wrath on his guilt-ridden head.

Then the scene suddenly changed again: the coal-black knight sank into the earth with his beast, and as morning dawned once more the last figures of the midnight drama disappeared.

Many years ago, the daughter of a wool weaver from Larochette went into her garden in the Schleitberg with a basket and spade to dig up potatoes.

At some point, she decided to take a break. Resting, she turned her gaze towards the rocky height where the entrance gate of the castle protrudes from the bushes, and noticed a female figure barely two feet high, with a dainty little hump on her back, standing under a piece of rock. The figure waved, seemingly signalling to her to 'come up here' and then disappeared between the crevices of the rock.

At home, the girl told her parents that she had seen a female pixie pointing to the rock with her hand. Years passed since then, the wool weaver's daughter grew old, but she could not get the pixie out of her mind.

One day, she was once again busy in the garden, and decided to finally climb up to the rock where the pixie had appeared before and dug under the rock where she had beckoned to her. And behold, the pixie did not lead her to this place without intention.

The skeleton of a baby emerged from the ground. The woman understood at once and, being the merciful person that she was, gathered the bones into a basket and brought them to the churchyard to put the suffering soul finally to rest.

IV. The ghost of the murdered border guard

Not far from the Belgian border, near Bastogne, there was a small birch grove, and in it a group of trees close together, where the border guards often lay in wait for smugglers.

Once a border guard was surprised by a gang of smugglers as he fell asleep on his bed. Since the dutiful official had already arrested several smugglers, the criminals decided, after a brief consultation, that it would be best to murder the sleeper.

The plan was carried out. The next morning, the young border guard was found with the sharp knife still stuck in his chest.

Every evening the murdered man returns from his grave and searches for the place where he had received the death blow. The officers stationed there crossed themselves regularly and did their best not to disturb the spirit of their colleague. As soon as midnight passes, the bloody figure departs without so much as a final moan of pain.

Many years ago, rumours started to spread that the churchyard in Oberpallen was haunted.

One evening, a merry company of young men gathered in a house. As the hand of the clock slowly indicated the approach of the witching hour, the men set off with heavy heads.

Their path led them past the disreputable cemetery. "Let's bet," said one stout-hearted lad, "I will go by myself to a grave of your choosing!"

The others were more than hesitant, but their doubts made the young hothead even bolder. He walked through the unlocked gate and stepped onto a grave that had welcomed a dead man into its gloomy depths only a few days before.

He bent down to pick a flower when felt someone quietly grabbing him by the shoulder. Turning quickly, a rotten skeleton stood before him, sneering at him.

The nocturnal visitor did not think twice and fled over graves and gravestones, crossed the rather high cemetery wall and hurried towards his home.

When he appeared the next morning among his relatives, his hair had turned white as snow and a tremor had seized his body that never left him until the day he died.

But if anyone asked him about the events of that night, he always replied: "Let the dead rest, for every sacrilege committed against the graves will be terribly punished."