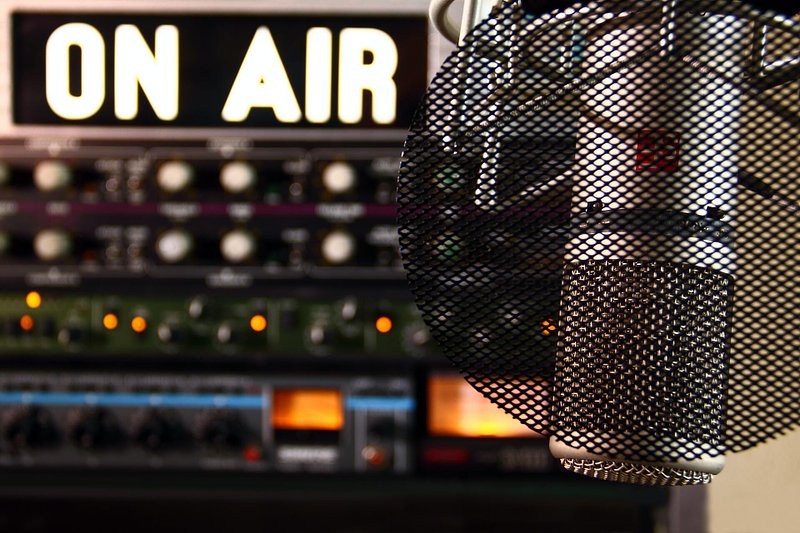 To mark World Radio Day, we take a look at the history of radio in Luxembourg - from Radio Luxembourg to the RTL you know (and hopefully love) today.

After Heinrich Hertz proved the existence of radio waves in 1887, the technology started to be used for the transmission of messages in the 1890s. It would eventually be used for broadcasting in the early 1900s.

In Luxembourg, commercial radio broadcasts began in the 1920s, making the country a forerunner on that market.

In the first half of the 20th century, the radio was the first mass medium that would only be countered by the invention of the TV, and later, the Internet. Radio broadcasting was extremely popular because it provided people with information and offered a source of entertainment that was previously completely unknown.

Listeners enjoyed the immediacy of the radio and, although considered a mass medium, the voice of the broadcast offered a certain intimacy that was considered comforting.

The first music broadcasts started as experiments among amateurs and radio enthusiasts who built their own receivers and produced shows as a hobby. The first radios did not yet have speakers, meaning you needed headphones to ‘listen in’ to the broadcast. In its early days, radio broadcasting was therefore not yet commercially viable.

Many stations started out as amateur projects and did not have real scheduled programmes; at first, anything would do. These stations were financially draining because advertising through radio broadcasts was not commonplace during that time.

World War I slowed down the development of radio broadcasts, as there were concerns the transmitters would interfere with military signals. After the war, radios became increasingly popular, and by 1927 plug-in receivers with speakers that made communal listening much easier had become the norm.

Luxembourg gets its first station

It was also during the 1920s that Luxembourg got its first station. In 1924, François Anen founded Radio Luxembourg and started broadcasting from his attic.

Anen ran a supply shop for wireless and photographic devices with his brothers and built receivers in his free time. He started making amateur radio shows and broadcast music, plays, and spoken programmes for other radio enthusiasts.

Those early attempts were picked up in places as far as Geneva, suggesting that Anen’s own-built transmitter was of high quality. Later he was even able to reach the United States.

Anen’s programme was varied: he broadcasted military concerts live from Place d’Armes, had musicians and plays performed in his attic, and offered spoken programmes in four languages (Luxembourgish, French, German, and English).

He also soon recognised the financial potential of advertising and regularly included adverts in his programmes. What started as an amateur endeavour would later become the international station we still know today.

Radio before and after WWII

The next major step in the history of radio broadcasting in Luxembourg was the foundation of the Compagnie Luxembourgeoise de Radiodiffusion (CLR) in 1931.

This Luxembourg-based firm was one of the first private broadcast companies in the world and in 1933 they established their headquarters in the Villa Louvigny in the city centre.

The station continued to offer multilingual programmes and was therefore popular in a number of European countries, also because it offered broadcasts every day.

Their light programme was especially popular in the UK, where the BBC preferred more conservative and religious programmes.

However, they had to stop operating between 1939 and 1945, when a world war was again slowing down the development of  commercial radio. Although Luxembourg’s station was shut down, radios played a vital part for Luxembourgers during the war. The exiled Grand-Duchesse Charlotte spoke to her people at home through the BBC, bringing them hope and encouraging messages.

From Radio Luxembourg to RTL

After the war, radio productions in Luxembourg started again, and the station continued to broadcast across regions and in different languages.

The company also ventured into television production and was renamed Compagnie Luxembourgeoise de Télédiffusion (CLT) in 1954. Broadcasts were then provided under the name of RTL (Radio Télévision Luxembourg).

The English programme became known as Radio Luxembourg and continued to rival the BBC, welcoming artists the latter did not. A London-based company was in charge of the programmes and adverts, but most shows were still broadcast directly from Luxembourg.

During the 1960s, the station started to focus on broadcasting music, primarily pop, and ended the less popular shows such as radio plays. The English station stopped broadcasting in 1992, but its German, French and Luxembourgish counterparts still exist today.

The German programme started in 1957, and just like its English version, it was less conservative than other German stations and thus very popular. As a part of their regular schedule, they presented the charts on Sundays: a new and entertaining concept at the time.

Despite their pioneering shows, the station did not evolve further and lost popularity during the 1990s. In 2015 the station finally responded to falling listener numbers and changed its concept; it started playing more current music and is now known as ‘RTL Deutschlands Hit-Radio’ (Germany’s Hit Radio).

RTL Radio Lëtzebuerg, the Luxembourgish programme, first aired in 1959 and remained the only Luxembourgish station until 1992. Initially, broadcasts were only available twice daily, in the early afternoon and evening. Since 1996 the station has provided a 24-hour broadcast.

What started as a private project in François Anen’s attic in 1924 has since become a multinational company, which everyone in Luxembourg knows.

Coming full circle, RTL will again be running an English-language radio station, with RTL Today Radio launching soon. Find out more here or follow us for the latest updates on Twitter or Instagram.