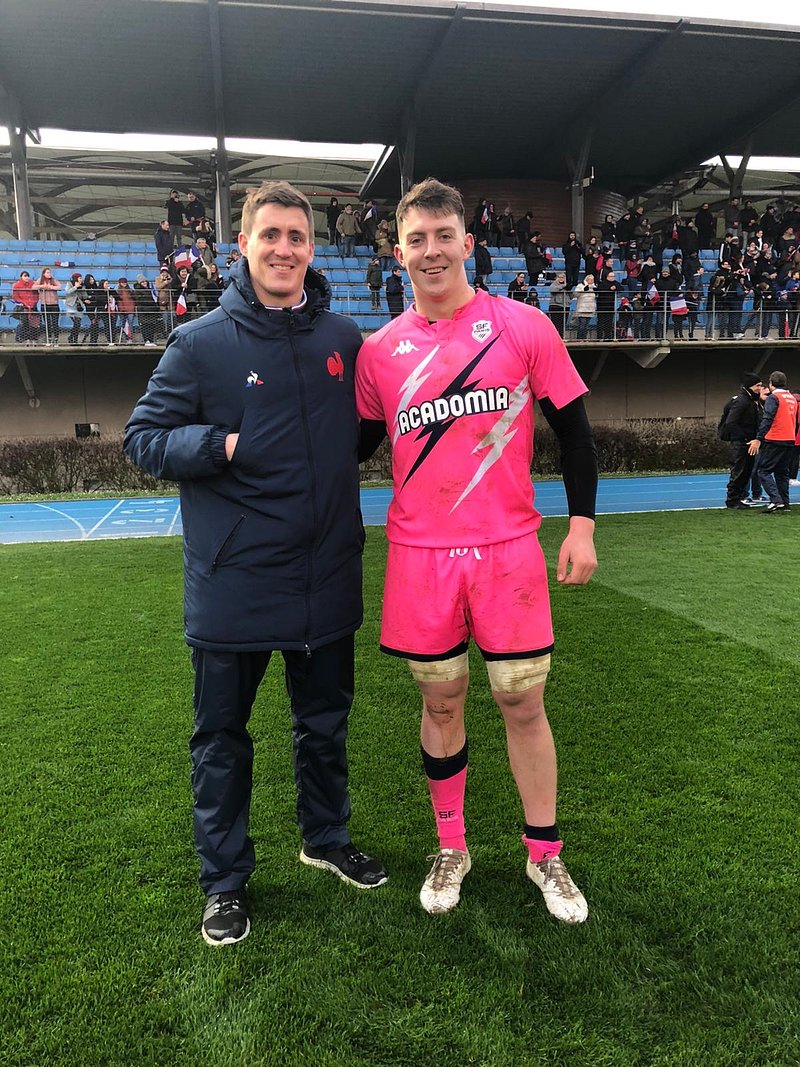 RTL Today corresponded with Luxembourg rugby international Anthony Drennan, following his recent move to Belfast to compete in the All-Ireland League for his university.

The 20-year-old spent last season with the Stade Français academy, and has been capped three times by Luxembourg.

In our interview, Drennan sheds light on his background, the experience of playing rugby in Luxembourg, and his pride in appearing for the national side.

Thanks for speaking with us, Anthony! Tell us a little bit about your background.

I was born, and raised, in Luxembourg to Irish parents. I went to the local primary school in Hamm, before going to the Sportlycée, and finishing at the Athénée in order to do the International Baccalaureate. I speak fluent Luxembourgish, having been schooled mainly in it.

How did you get into rugby? Were your parents big fans?

My father will watch any kind of sport, and my mother used to love rugby (until I started playing it seriously), so it would always be on our television. I can’t really remember how I got started with rugby.

I definitely wasn’t pushed into it by my parents. I don’t think they even suggested it. They didn’t care what sport we did growing up, so long as we did a sport in order to stay active. 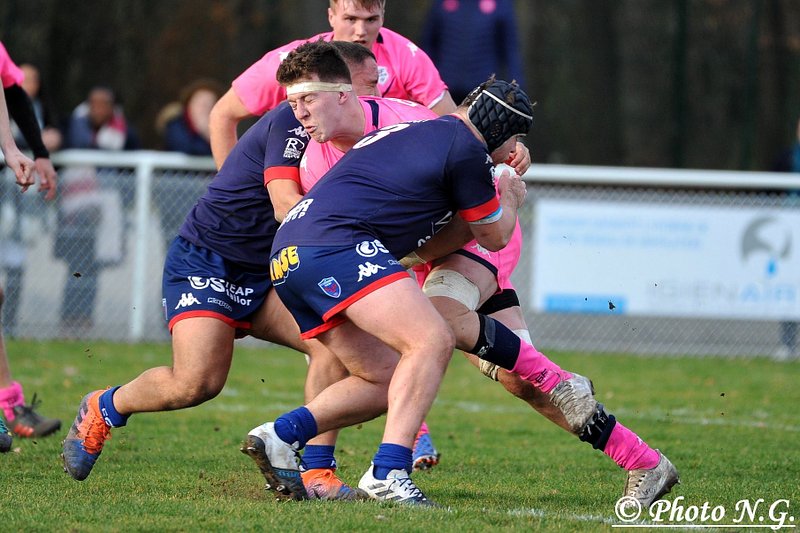 The Luxembourg rugby scene has been improving in recent years, but what was it like when you were younger?

Growing up in the game you were very close to your team-mates... I loved it

Because it was such a small sport, and predominantly played by expats, growing up in the game you were very close to your team-mates. We’d travel for hours on Saturdays on the bus together, having a laugh. I loved it. I met almost all of my close friends through, or because of, rugby. In the huddle before games we’d say “imagine how much better the beer will taste afterwards if we win!”.

Also, the experience of going away with the national team at the Under-16s and Under-18s level is just incredible, and is an opportunity that you wouldn’t get playing in a big rugby-playing country.

How old were you when you started playing for Rugby Club Luxembourg?

I started when I was ten years old, and we played against Belgium first division youth teams. I made my first senior appearance when I was seventeen years old, in the German Bundesliga.

What’s your best position? And if you were an international rugby player, who would you be?

My best position would depend on who you ask [laughs]. My preferred position is Number 8. I really hope to continue playing in that position for the Luxembourg national team, but I’ll play in any position, just to be able to be on the pitch.

If I could be any rugby player in the world, it would be Sergio Parisse. That man walks on water, in my eyes. He is the ultimate rugby player – a Number 8 who has the skill set of a Number 10. When I was younger, he inspired me to work on my skills so that I wasn’t just another hard, ball-carrying forward. There’s plenty of them in the game. 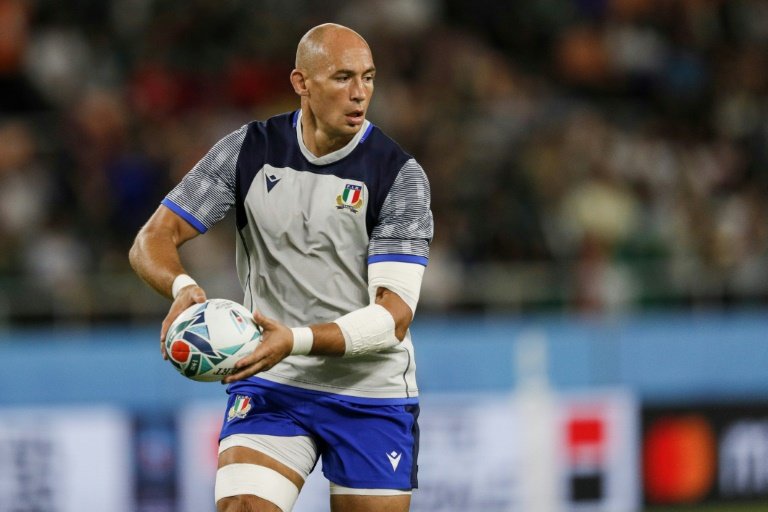 Tell us about playing for the national team.

I couldn’t stop smiling and I just properly enjoyed the whole game.

I got my first cap for Luxembourg when I was 18, in March 2018 against Finland. It was an incredible experience, playing with men I used to watch from the stands, such as Scott Browne, Saman Rezapour, and JB Vert. I’ll be rinsed for saying that!

I felt terrible before the game started. Doubt crept in, I thought I wasn’t good enough, but a few words from one of the afore-mentioned men before I walked out of the tunnel into Stade Josy Barthel completely lifted me.

I couldn’t stop smiling and I just properly enjoyed the whole game. We won, which was extra special for a first cap and in front of family and friends.

Unfortunately, due to injuries and suspensions, as well as not being released by Stade Francais – and with Covid – I’ve only made three appearances for Luxembourg in total.

How did you end playing for the Stade Français academy? And where are you now?

An RCL team-mate, Guillaume Thevenot, went through the Stade Francais academy, and he said Liam Carroll and I should try to get in there too, and that he’d put a word in for us.

We were both in our last year of secondary school and had no notions about getting above our station so we kind of laughed and said “sure”.

We never really spoke about it again until we were playing against Frankfurt and a fight broke out on the pitch. My cheek got split open and while I. was being bandaged up (and being shown a yellow card), a team-mate ran on and told us a scout was watching the game.

The game continued being a bit rough; Liam played out of his skin; and I got another yellow card which was transformed into a red card. Obviously I was gutted, and I was sure I had blown my chance.

However, apparently the scout from Stade Francais reported that he liked my “no-nonsense” attitude and that Liam played exceptionally well.

They asked us to join the academy for the following season... it was the best day of our lives so far

It resulted in us being asked to go for trials, a few weeks before our final exams. We went to the trials in Paris just for the experience, not thinking anything would come of it, but it went well and they asked us to join the academy for the following season.

I think I speak for both Liam and I when I say it was the best day of our lives so far.

At the end of my season at Stade Francais, I looked around for different clubs to join but I couldn’t find anything that was worth giving up university for (not being JIFF-qualified didn’t help). So I took up my deferred place at Queens University Belfast. 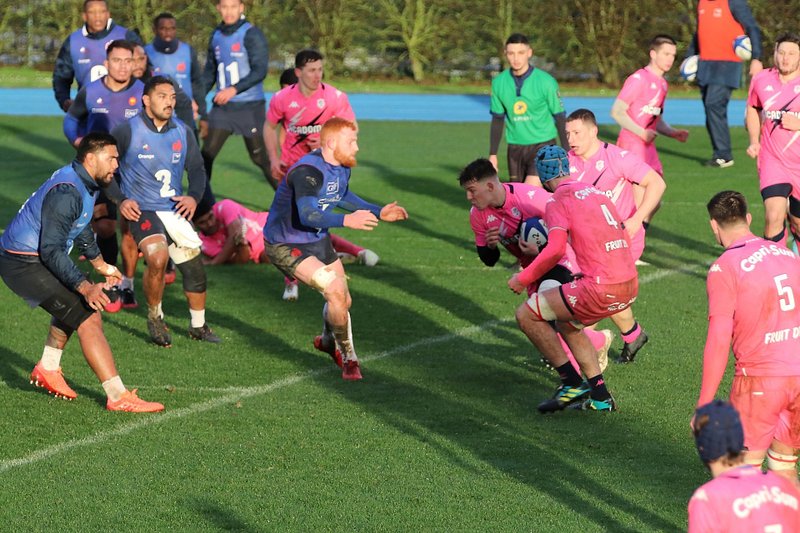 What do you think the future holds for rugby in Luxembourg? Where could the sport improve?

I’m not very sure what the future holds for rugby in Luxembourg. I think that perhaps its exposure and its financing needs to improve.

It’s still seen as predominantly an expat sport which could be holding it back too.

It is going in the right direction though.

I’ve heard a lot of good things about the Rugby Academy being run by the FLR, and new clubs springing up. Little Lions is also doing a good job of introducing the sport to children from a young age. I hope that this will bring in more local people to the sport.

I know the lack of financing has had an impact on Luxembourgish rugby because the Under-20s national team had to be cancelled. That age grade is vital for Luxembourgish rugby, given that students tend to go abroad and study then.

It means that they lose the connection with the national set-up as they may not be at the level, physically, to play with the seniors yet. Keeping the Under-20s grade would also facilitate a smoother transition into the senior setup.

Luckily we have a very dedicated group of players who will play, no matter what, and an equally dedicated coaching team.

We just need the financing, which doesn’t seem too difficult to get for other sports in Luxembourg so I’m sure it’s possible for rugby too.

Could you ever see yourself playing for RCL again? And when will you next play for your country?

I’ve learned to “never say never” and loved my RCL days. However, for the moment, the goal is to continue playing abroad, not least because I’m studying abroad.

As for when I’ll next play for my country? Whenever they ask me.

I’ll be as proud and as delighted to do so as I’ve always been.