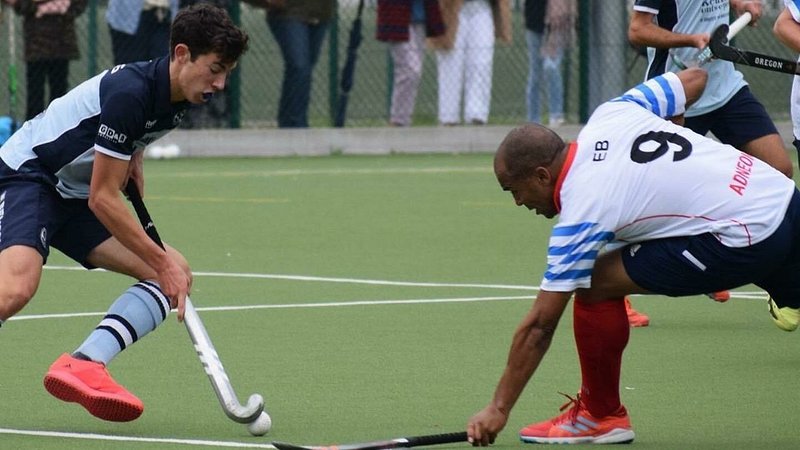 The tension was palpable as the two teams made their entrance on the Stix field in Hasselt, Belgium.

And for good reason: the 22 protagonists were going to compete for a place at the top of the championship.

The historic first victory for the club from Luxembourg had been digested by now and HCL started the match with a bang.

Eager to continue their good form, the blue and white team put their opponents under pressure and quickly found the breakthrough via the talented Milan Dans. The Belgian striker reinforced his position as top scorer of the championship by taking a cross pass from Gratien Kangulumba (0-1).

By the quarter hour, the battle became more balanced. The Limburgers, through the interplay of their new Hispanic recruits, emerged out of their lethargy and proved that pole position in N3 was not at all solely down to luck.

In the 27th minute, taking advantage of a defensive mistake, Stix were able to equalise with a heavy strike on the side board (1-1).

The goal, against the run pf play, destabilized the visitors who then conceded two more goals just before the break (2-1 then 3-1).

The Grand Ducal club, who came out firing after the break, were showing every intention of coming back in the match. The young team's burst of pride was a joy to behold.

Showing strong mental resolve, they besieged the Stix goal for the whole of the second half, but, lacking experience, the Luxemburgish team was unable to break through the strong Limburg defence.

With 5 minutes to go, Pierre Tailleur gave the his teammates hope by hitting the net in a PC phase (3-2).

HCL tried everything to get a draw, but the last attempt by Milan Dans was snaffled by the Stix goalkeeper, who managed to keep the Grand Ducal team at bay.

Despite the disappointment of the defeat, the Luxemburgish team continues its progression in this exciting championship.

Next match: next Sunday, at home, against Zaid, from Brussels.