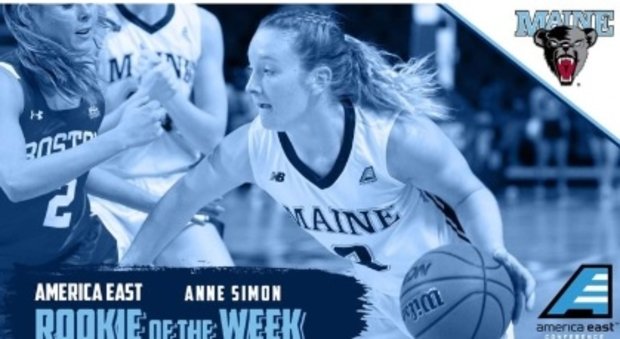 Anne Simon, who plays for the University of Maine in the USA, was crowned "America East Rookie of the Week" for the second time. 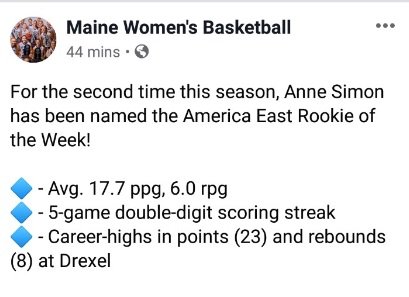 With an average of 17.7 points and six rebounds in three matches, the former BBC Gréngewald Hueschtert player more than deserved the accolade.

Simon's average jumped from 5.5 points to 10.1 points per match over the last eight games.