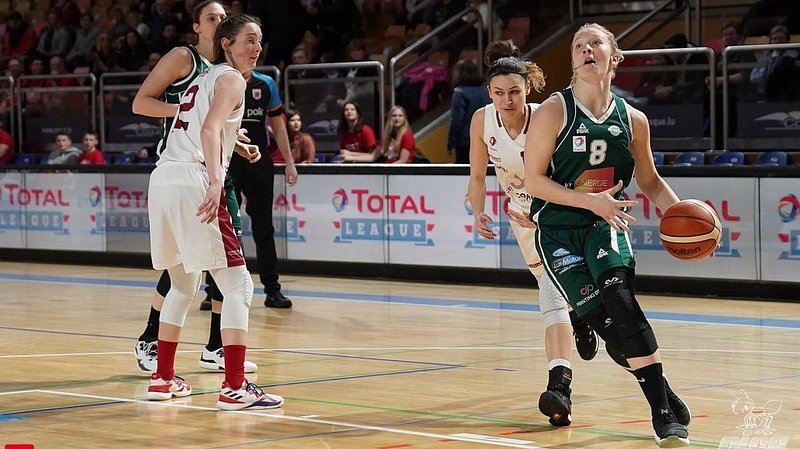 Born in 2000, Anne Simon served as captain of Luxembourg's national team before moving on to the University of Maine's Black Bears women's team - where she's already making her mark!

Simon's move to the US was announced in November 2018, when the Black Bears published an announcement saying they were "very excited to welcome Anne Simon to our family". Head coach Amy Vachon described Simon as "a strong, versatile guard who will add dept to our backcourt," continuing to say that "she can play multiple positions and brings a wealth of international experience while representing Luxembourg in the European Championships where she was the team's leading scorer."

It seems Simon has more than lived up to the high hopes set out for her by Vachon. A few games into the 2019/20 season, Bangor Daily News* has published an article describe Simon as "fearless", saying that "the freshman guard has made an immediate impact for an injury-ravaged team."

The article says that, having scored 9.7 points per game, Simon ranks third on the team. They quote her as saying "I didn't expect this, to be honest. But I like to play. I like being on the court. I'm trying my best to help the team."

Fellow team-mate and senior guard Maddy McVicar is quoted as saying "the fact she is only a freshman is crazy. She has three more years to do amazing things," while junior point guard Dor Saar said of Simon "she scores every game and does great things on defense. She's a great player."

If you speak (or understand) Luxembourgish, check out our colleagues' interview with Simon from 2019 right here. Bangor Daily News' article is also a lovely read - find it here.