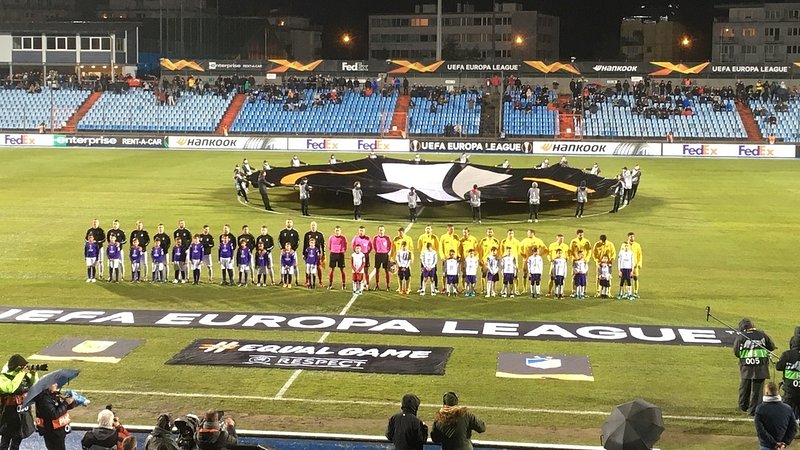 Despite the new turf, F91 Dudelange struggled to get going in Thursday night's game, heading into half-time 2-0 down after an unlucky first 45 minutes.

Stolz had the best chance for the Luxembourg side, but the Cypriots were able to get the better of them in a game which almost did not take place after last minute improvements to the pitch.

A penalty in the 11th minute was easily converted by Matic, followed by Stolz' missed chance to equalise as his shot hit the post. In spite of Dudelange's efforts, Nicosia's second goal came shortly before half time as Merkis scored a header.

Although F91 pressed on in the second half, their luck did not turn. Sinani hit the post several times but was unable to convert his shots. Even a second yellow for Vouros did not help Dudelange in the end, and Sinani was sent off shortly before the final whistle.

With one game left to play on 12 December, Dudelange's hopes of progressing to the next stage of the competition have well and truly dropped, as they sit at the bottom of the table with just 4 points from 5 games.

Elsewhere, Luxembourgish players took the field, as the Young Boys Bern and Christopher Martins lost 2-1 to Porto. Dynamo Kiev were beaten 4-3 by Malmö, while Gerson Rodrigues spent the full 90 minutes on the bench.