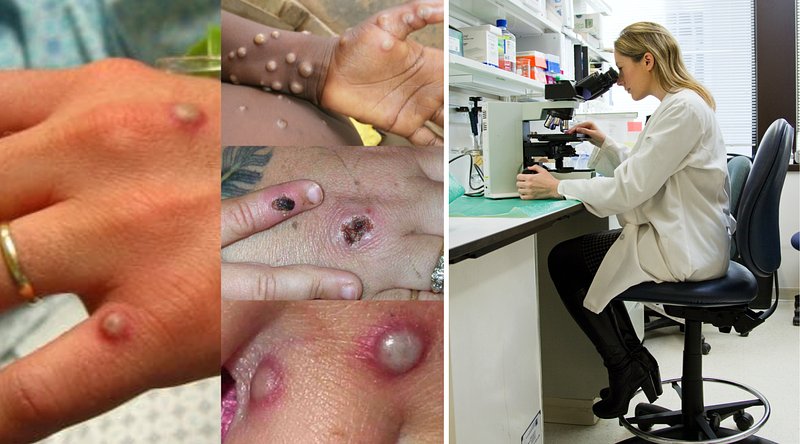 The number of confirmed cases of Monkeypox worldwide reached 219 on Wednesday outside countries where the disease is endemic, according to a report released by the European Union's disease agency.

There are now a total of 19 countries, most of them in Europe, where the disease at least remains rare, who have reported at least one confirmed case, according to the European Center for Disease Prevention and Control (ECDC) in an epidemiological note released on Wednesday evening.

"Most of the cases are among young men, identifying themselves as men who have sex with men. There have been no deaths", specifies the European agency based in Stockholm.

Outside of the 11 African countries where this rare disease is classified as endemic, three countries are currently attributed as having the highest number of confirmed cases: the United Kingdom, the first country where unusual cases were spotted in early May (71 cases), Spain (51) and Portugal (37), according to the ECDC. Though, according to a Reuters report Spain's total has risen to 84 in the last 24 hours.

Europe concentrates most of the cases with 191 cases, including 118 in EU countries. Canada (15), the United States (9), Australia (2), Israel (1) and the United Arab Emirates (1) are the six non-European countries with cases considered confirmed.

Suspected cases are not counted in the report.

The total number of cases recorded by the ECDC on Wednesday has almost quintupled since its first tally on May 20, when the agency counted just 38 cases.

On Monday, in its first risk assessment, the ECDC had however considered that the probability of contagion in the general population was “very low” but that it was on the other hand “high” in people with several sexual partners.

The same day, the World Health Organization (WHO) confirmed an "atypical" situation but deemed it possible to "stop" this transmission of the disease between humans.

The disease, a less dangerous cousin of smallpox, eradicated for about forty years, is endemic in 11 countries in West Africa and in Central Africa.

It first results in a high fever and quickly evolves into a rash, with the formation of scabs.