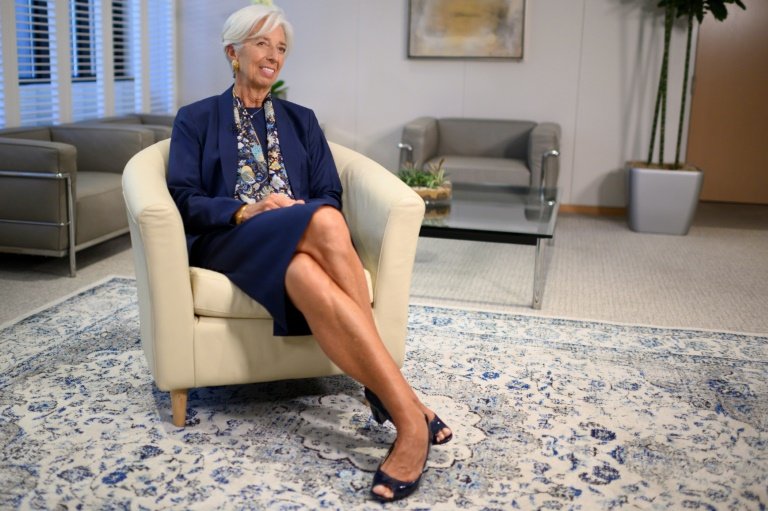 Accustomed to being the first woman in influential leadership positions and speaking frankly to men in power, Christine Lagarde says manmade threats to the global economy can be "man-fixed."

Lagarde only last week left her post as head of the International Monetary Fund after eight years, the first woman to serve in that role, and she is expected to put another "first" on her resume by the end of the year: first woman to serve as president of the European Central Bank.

She sees a world economy where growth is "fragile" and "under threat" from trade frictions and Brexit, and perhaps an over-reliance on the efforts of central banks like the ECB.

But while she tried to urge action during her time at the IMF -- she took over in 2011 in the aftermath of the global financial crisis -- she said a central bank should "stick to its mandate," which perhaps is a clue to how she will run the ECB.

She carefully avoided a commitment about how she would use her influence in the new post.

- Manmade problems can be 'man-fixed' -

In perfect English and always engaging and crisply professional, Lagarde sat down with AFP on Thursday to review her legacy at the Washington-based crisis lender, where she arrived after being the first woman finance minister of France.

In bare numbers, her record is impressive: the IMF helped to avoid a global depression, 90 countries -- nearly half of its members -- benefitted from some form of lending or credit line during the crisis, and the lending capacity was doubled to $1 trillion.

One of her main regrets is that she ran out of time to convince the member governments to increase those resources further, since the IMF, which sits "right at the core, at the center of the global financial safety net," may not have enough cash to address the next inevitable crisis. 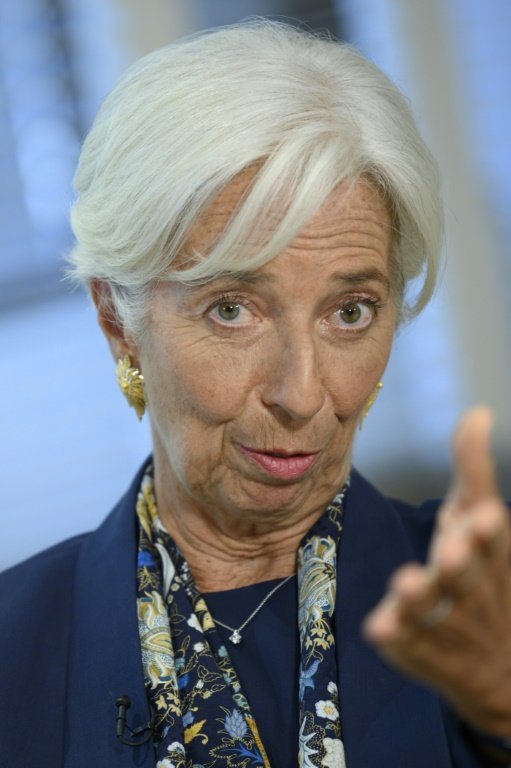 "I think we have spoken truth to power, not always to the power's pleasure," Lagarde said.

But as she leaves Britain is poised to crash out of the European Union, with no deal to cushion the blow in place as yet, while "America First" President Donald Trump has waged a multi-front trade war primarily targeted at China.

Those threats have undercut confidences and business investment as well as exports, and global growth could by some estimates fall to the slowest pace since 2008 at the start of the financial crisis.

But Brexit and trade frictions "are manmade and can be man-fixed," and Lagarde quipped, "A bit of woman wouldn't hurt."

- Where are the roof fixers? -

She has often urged governments to "fix the roof while the sun is shining," borrowing from former US President John F Kennedy, pushing for spending while times are good to fix long-term problems and help people left behind by globalization and technological change.

Yet even amid a worldwide wave of anger against trade and globalization, officials who control the purse strings of governments have not done enough, Lagarde said.

Instead central banks have done much of the heavy lifting in preventing the financial crisis from becoming a depression.

"I think central bankers have done an awful lot and were for many years regarded as the only game in town," she said.

If confirmed, Lagarde will step into her new post as one of those central bankers in an environment where Trump has maintained a relentless campaign against the US Federal Reserve for not cutting interest rates aggressively to stimulate growth, while others in Europe have criticized outgoing ECB President Mario Draghi for cutting rates further into negative territory to juice a sluggish EU economy.

Experience shows that when politicians meddle with central bank independence it "doesn't pan out very well," she cautioned, but at the same time "a central bank has to do the job that it is assigned to do... they should stick to facts and data so that they could be predictable."

In her new post leading the ECB, she pledged to focus on job creation and stability, but stability alone may not be enough in the lives of real people.

From Brexit 🇬🇧🇪🇺to a new ECB president 🏦and more funding 💶for research 🔬, check out the highlights of this week's plenary session ⬇️ pic.twitter.com/XVKydIXATU