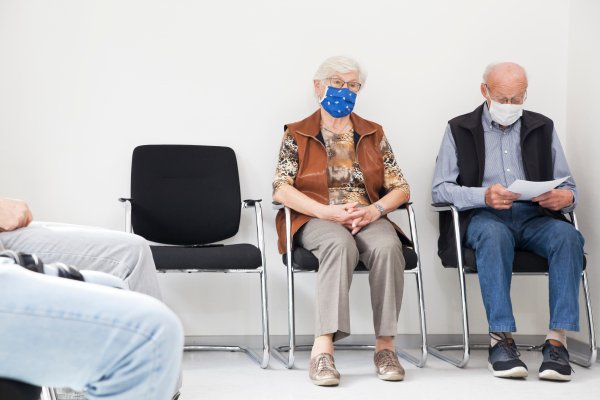 Researchers at the University of Luxembourg conducted a representative survey to find out what we can learn from people aged over 60 in dealing with the crisis.

The participants in the study were interviewed twice, once last June and then a second time in October 2020.

Psychologist Isabelle Albert and her colleagues Anna Kornadt, Josepha Nell and Elke Murdock from the University of Luxembourg and Martine Hoffmann from the RBS-Center fir Altersfroen wanted to find out how members of the 60+ generation, considered to be at risk due to their age, have been coping with the Covid- 19 pandemic.

The team investigated, among other things, how the classification of the over-60s into the risk group influences both their own perception and their behaviour, how they themselves perceive this risk and how they perceive the entire situation, both personally and socially. More than 600 people were questioned in a representative manner, including residents from senior citizens' facilities.

Concerns about loved ones

An overwhelming number of seniors (almost 95 percent) felt that they were largely well informed about the virus at the time of the surveys. Many participants also expressed the opinion that the government reacted well to the virus and did everything it could to fight the pandemic as successfully as possible.

According to the study, participants classed the risk of contracting the virus themselves as fairly low last summer and autumn (27 percent). However, a large part of the over-60 generation was concerned primarily about others. “We found that respondents were less concerned about themselves than about their loved ones,” says Albert. According to this, 72 percent were afraid that members of the family would become ill, while the fear of contracting Covid-19 themselves was just under 43 percent.

A third considered Covid measures to be excessive

A good 90% of participants felt that older people were particularly at risk from the virus and should therefore be protected. However, a third of those questioned said they considered the health measures in place to be excessive.

A similar result emerged when assessing the financial and economic consequences of the pandemic. Four out of five respondents said they were not worried about their own financial situation, while more than three-quarters of participants said they were concerned for the country's economic future.

Albert explained that the responses mentioned both social and personal resources used to cope with the crisis. “Many stated that family and friends, but also positive thinking, belief or life experience help them in the crisis. Some of them said that they had already experienced much more difficult times in their lives,” she said.

Overall, the study's results showed that one can certainly learn from the elderly when dealing with the pandemic, according to Albert. However, she also emphasised that many over-60s did not cope so well. During the second survey in October, around a fifth of respondents stated that they had difficulties coping with the pandemic. Albert said it is vital we do not lose sight of them.

Around a fifth of all participants reported at least some degree of age discrimination. "In media coverage, medical care and in everyday life, the feeling of being treated unfairly because of their age was somewhat higher than was the case in social relationships with family and friends," said Albert.

"It is very important to communicate the meaning and purpose of each measure as well as possible," she continued. "If the elderly have the feeling that, with their limitations, they are making an important contribution to overcoming the crisis, then that also increases their well-being."