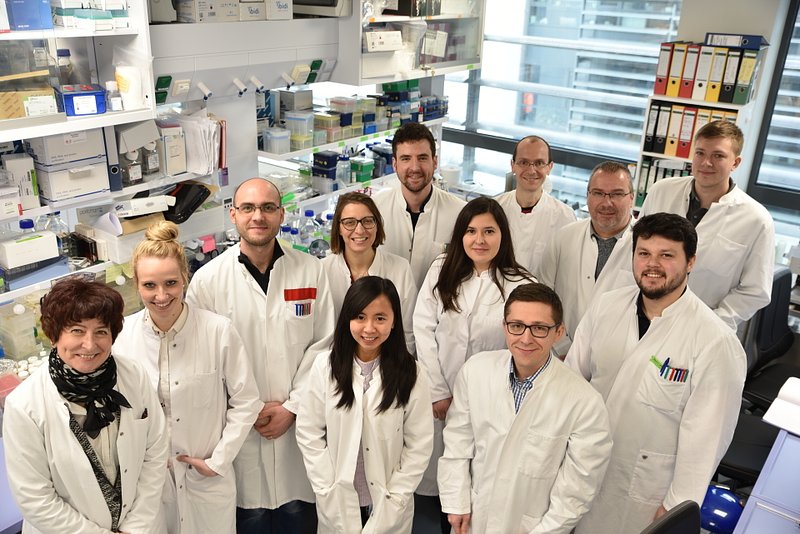 Diagnosis. Prognosis. Treatment. These are the keystones of Elisabeth Letellier's cancer research at the University of Luxembourg.

Why are you researching colon cancer in particular?

Because it is a widespread type of cancer in western countries and it is increasingly being found with younger people, i.e. between 40 and 50 years of age. Just a few years ago it was believed that colon cancer was an illness that mainly affected the elderly. However, it was soon discovered that in reality, it is a severe medical problem which is affecting large parts of the population.

What are the reasons for that?

Besides non-modifiable factors, such as genetic mutations, unfavourable environmental factors – lifestyle and nutrition – can be potential causes. The latter differ from country to country.

Industrialised countries have the highest presence as well as the highest mortality rate when it comes to colon cancer. We do not know for sure why this is the case. It is suspected that the western diet could contribute to the development of colon cancer. However, this is all still speculation as the entirety of our current knowledge is derived from epidemiological studies. While these allow for retrospective observations, they do not allow for a direct examination of cause and effect. We want to change this and go one step further.

We are using "mouse models" for the experiments. We are for instance implanting a human microbiome, i.e. an assortment of bacteria usually found in human intestines, into mice suffering from colon cancer. We then put the mice on different diets in order to monitor changes during the course of the illness. Mouse models such as these are necessary because they are easier to control: The mice are genetically identical and have the same microbiome, which means that we can test the effects of different diets directly.

Of course, these studies must then be confirmed by human studies. Our work is dealing with a key aspect which colon cancer research is currently missing: Dietary guidelines for colon cancer patients. During chemotherapy for instance, doctors give nutritional recommendations, but there are currently no guidelines based on scientific research.

What other strategies are you pursuing to fight colon cancer?

We are trying to find a way to transform "cold" colon cancer tumours into "hot" tumours. Skin and lung cancer are for instance "hot" tumours, i.e. they are inflamed, which is not the case with colon cancer. If we concentrate on the metabolism of the cancer cells or the microenvironment of the tumour, including the microbiome, we can transform them into "hot" tumours, which is to say that immune cells are better able to penetrate the tumour and possibly even eliminate it.

You are also working on another research area in your lab. How could colon cancer patients benefit from this?

We are developing biomarkers for the field of diagnostics in order to identify people suffering from colon cancer during the early stages of the disease.

Prognostic biomarkers which can predict the possible course of the illness in individual patients are also part of our research. The latter can additionally help to indicate which patients will respond to treatment and which will not. If doctors identify low-risk patients, they could potentially add a chemotherapy to their treatment, which is a very strenuous form of therapy.

Chemotherapy should be avoided whenever possible because it can also lead to the development of a resistance to therapy. Having good biomarkers available helps to avoid such outcomes.