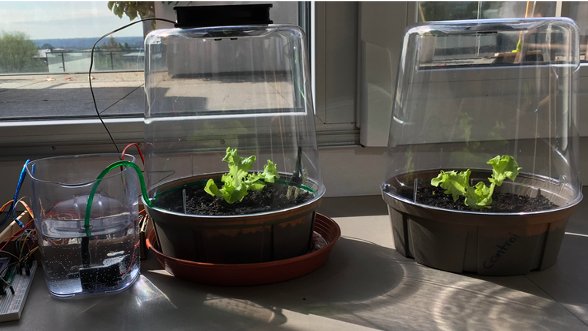 Using artificial intelligence to assess the needs and illnesses of plants: this is the project of Elias Fizesan, laureate of the Young Researcher 2020 contest.

The jury of the national contest awarded the prize to the student of European School of Luxembourg II, who is currently preparing his participation in the London International Youth Science Forum at the Imperial College of London.

At only 16 years of age, Elias Fizesan has developed greenhouses which are capable of recognising the needs and common illnesses of fodder plants and decide on appropriate reactions.

Over the course of this eco-friendly project, he was able to reduce the water consumption necessary for the growth of the tested plants by 59%, thanks to his experiment.

Doing his part to reduce the impacts on the environment

Seeing the change that is currently taking place all over the world, Elias wanted to do his part in contributing to the development of a more sustainable and affordable agriculture.

His idea was to use his knowledge as a programmer to develop smart greenhouses based on artificial intelligence (AI). First, he gathered information about the parameters which need to be considered for the optimisation of plant growth and then chose temperature, irrigation, and brightness based on this information.

However, this research pushed the young scientist to go even further: "After reading that pathogens and parasites can reduce the efficiency of the cultures by 10 to 40%, this aspect became very important to me". Thus, he decided to use the AI for the development of a system capable of detecting about 15 common plant diseases, e.g. uncinula necator.

Elias started developing intelligent systems by using the programming language Python and source codes supplied by Google for the use of AI.

His ventilation system for instance, is connected to a sensor installed in a greenhouse which gathers information about the temperature and humidity every 5 minutes. As soon as a certain threshold is passed, the fan is activated to restore optimal conditions.

Elias developed an artificial neural network in order to decide when the fan should be activated. Based on the way neurons operate, this system solves complex problems by continuously adjusting several factors. Thus, the fan is not only turned on when certain temperature or humidity thresholds are passed, but the system also takes into account the current growth rate of the plant and the presence or absence of a disease.

At the same time, Elias also developed an algorithm for the detection of plant diseases. Elias explains: "A model has to be 'trained' with a lot of data using the AI. I did some research and used about 70,000 pictures of plants which show signs of these diseases. By feeding it these pictures, the model is improving itself". He managed to reach a precision of 97.3% with his model. The model is connected to a camera which regularly takes pictures of the plant in the greenhouse.

By comparing these pictures with those in its databank, the system is able to detect if the plant is showing signs of a disease and can also conclude which disease it is. It then saves the data and informs the user.

Testing the effectiveness of smart greenhouses 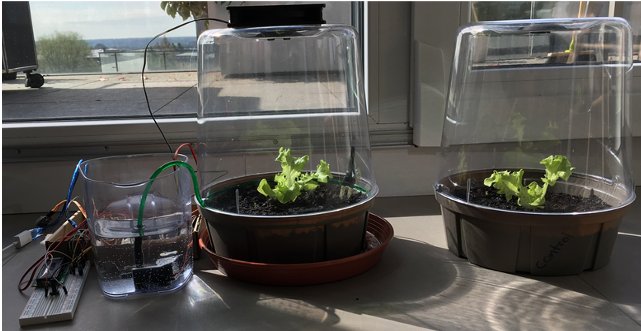 In order to test the effectiveness of his facility, Elias grew one lettuce in his smart greenhouse and another one in a conventional greenhouse.

The latter received 150 ml of water per day and only suffered from the temperature and brightness changes caused by the weather. Elias adds: "In order to make sure that I got reliable results, I repeated the experiment 3 times and found out that the lettuce was fully grown when it reached a diameter of 12.5 cm". On average, the lettuce took 49 days to fully grow in the conventional greenhouse compared to 27 days in the smart greenhouse. Thanks to his system, Elias was able to reduce water consumption by 59%.

Elias wants to continue working on his project to make it as affordable as possible. However, he will pick up his experiments in London where he will finish his school career before starting his higher education in modelling.