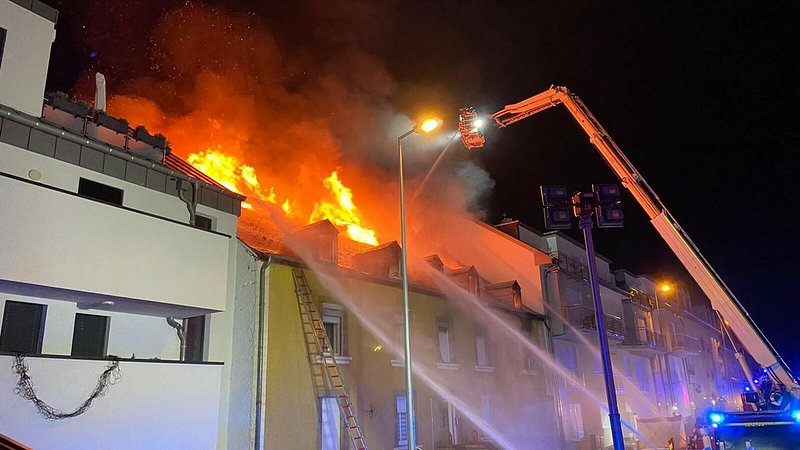 A six year old boy has died in a fire that engulfed an apartment building in Kayl early on Tuesday morning, while at least ten people have been injured.

Around 3am on Tuesday morning, a major fire occurred in an apartment building on Rue du Commerce in Kayl.

Police have since confirmed that a six year old boy lost his life in the fire. Although emergency services had succeeded in rescuing the unconscious child from the building, he later passed away in hospital. Ten others were injured, with one man suffering severe burns.

When fire brigades first arrived at the scene, the fire had already begun spreading from the first floor and a number of residents had fled to the rooftop of the building. Emergency services first focused on getting people safely down before searching for other residents. At the same time, firefighters sought to prevent the fire from affecting two neighbouring buildings.

Around 80 firefighters were at the scene and two ambulances from France came to support the rescue operation. The municipality of Kayl has in the meantime set up a station to provide psychological support to the 30 members of families affected by the fire.

The cause of the fire is not yet known. Forensics teams are due to examine the site.