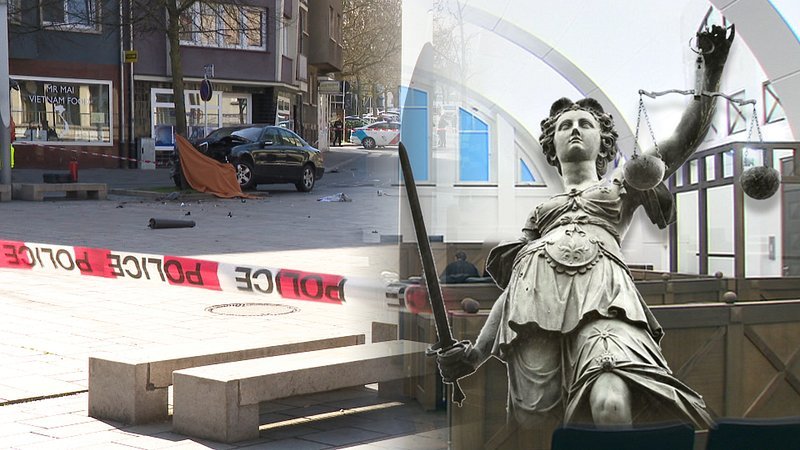 On Thursday, the investigator of the IGP spoke in the trial of another police officer, who shot a car driver while on duty in 2018.

The hearing went beyond the facts of the case in and of themselves, and there was talk of possible dysfunction within the police.

"He thought he was in Law & Order", said the investigator of the Inspector General of Police (IGP) about the accused. “If there had been a fight involving 10 people, he would have gone straight there, he wouldn’t have called any reinforcement.”

Many of his colleagues at the police station in Bonnevoie did not want to work with him. The accused was known to be reckless, especially with his weapon, with which he constantly played. “He behaved like a child who won a gun at a fair”, one of agents reportedly said. This was a well-known fact to many, but no one took action and reported this to a superior, said the investigator.

The accused, 22 years old at the time and only 8 months in the service, is accused of having said "Damn, I hope I get my gun back soon, otherwise I can't bully anyone anymore”.  Stupid chatter between colleagues or lack of empathy? "If we look, we see that it was not just a stupid joke", stated the investigator. Playing with a service weapon in this fashion is a unacceptable. In addition, the defendant is also accused of having once pointed his gun at a drug addict at the police station, when he thought no-one was looking.

The accused was also questioned about the shooting itself on April 18, 2018. The car drove towards him and the driver did not respond to his order to stop. "You don't shoot at a car," said the IGP investigator. Other people might have been in the vehicle, and it is likely to be ineffective. The judge questioned the effectiveness of the police chase, to which the investigator noted that there is no memorandum on the subject within the police, just a brochure from 2008 - a circumstance which was more recently strongly criticised during a trial in Diekirch. This trial revolved around another chase, also in 2018, but in Lausdorn in norther Luxembourg, wherein a policeman lost his life and another officer was seriously injured.

All of these facts have nothing to do directly with whether the accused acted in self-defence that day when he pointed his gun at the driver and pulled the trigger. Would he have been able to get away from the car?

This day in court showed more dysfunction in the police in general, than brought closer to an answer to this question. "All of these incidents should have been stopped sooner," the IGP investigator found.