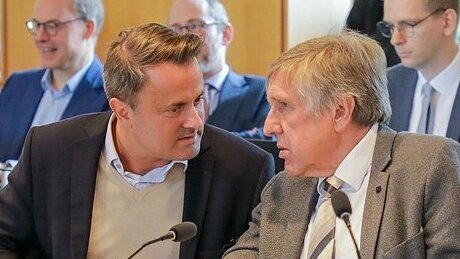 The Prime Minister announced on Tuesday night that in principle an agreement had been reached with the country's employers and trade unions.

An agreement has been reached after three long days of negotiations. This was confirmed on Tuesday by the Prime Minister to members of the press present at Senningen Castle, almost 24 hours after he had mentioned a "package of measures" the details of which he did not want to reveal at the time.

After nearly 30 hours of negotiations, Xavier Bettel outlined the measures that should come into force in October. He confirmed the implementation of a gas price cap (+15% compared to the current price) and the freezing of electricity prices. But the agreement goes further. It provides for a 15 cent reduction in the price of heating oil and a one percent reduction in VAT.

The Prime Minister also announced an increase in minimum wage, saying that the employers had committed themselves to raising it by 3.3% and to paying "two indexes in 2023", if they were to fall. This news will be welcomed by those who feared a further postponement of the index as was the case in March. And this is not the end of the story, since a scaling of the cost-of-living allowance and an extension of the energy bonus are also planned.

During the night, the Ministry of State confirmed the introduction of new energy subsidies for small and medium-sized enterprises, subsidies for the installation of publicly accessible recharging stations, the modernisation of the tax rebate for investments and an additional boost for those who wish to make the transition from oil/gas to electricity.

Finally, the Luxembourg government has assured that it will contribute to the financing of the increase in energy prices for residents of residential care facilities for the elderly. No details are yet known as to what will be invested to help the country's pensioners.

An anti-inflation package that should get residents through the winter, but also help employers avoid a succession of indexation bands. Through the aforementioned measures, it is expected that inflation will be lowered, and Statec's prediction of 4 possible indexations in the next year will be reduced to two - one in February, as well as the one triggered earlier this year which was postponed until April 2023. As corporate leaders have committed themselves to paying two indexes in 2023, the aim is to avoid their triggering by slowing down inflation. These measures will cost the Luxembourg government more than one billion euros.

It is already planned that representatives of the government, employers and trade unions will meet again if the situation worsens. The package presented on Tuesday by the Prime Minister remains, at this stage, an agreement in principle. It must be refined in the coming days. A signature of this pact could take place next Wednesday at the earliest.