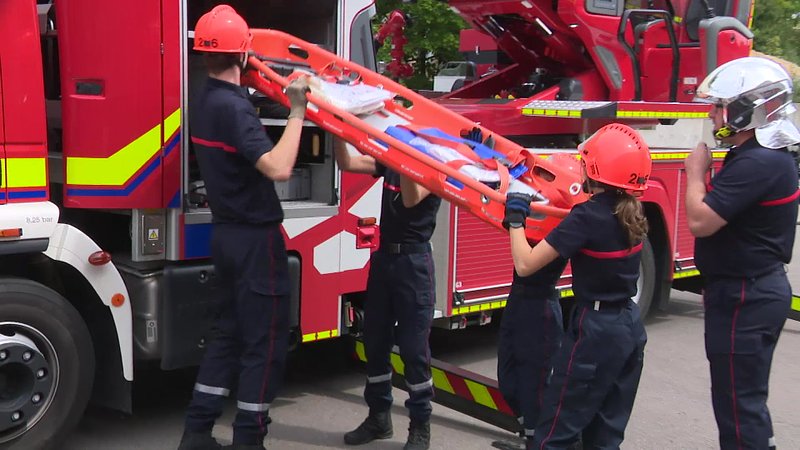 Thanks to the youth sections of Luxembourg's fire brigades, children as young as six can learn the basics of the firefighting profession in one of 80 different brigades.

Police officer, pilot, or firefighter are still among the most popular professions for young children. And thanks to the youth firefighters, those who dream of rescuing people from ravaging flames do not have to wait until they are grown up to learn the basics of the profession.

Most of the youth brigades here in Luxembourg accept children from the age of eight, in some rare cases even six. At the moment, there are about 1,200 children learning the skills of firefighters across 80 different youth brigades. The training programmes are made up of both theoretical and practical sessions, and the content largely depends on the age of the children.

They are prepared to join real firefighting operations as early as 16. Once a person turns 18, they are no longer allowed to be in the youth brigade. They then have to switch into the grown-up section and, via specialised exams, qualify for the different types of deployments.

Since the reform of the emergency services and introduction of the Grand Ducal Fire and Rescue Corps (CGDIS) four years ago, the outlook of professional firefighters is said to have significantly improved.

However, the system would still collapse without the help of voluntary agents, who are one of the main pillars of the emergency services. CGDIS officials therefore value the work of the youth sections, which ensure that capable newcomers make it into the ranks of Luxembourg's fire brigades.