At both primary and secondary level, Luxembourg's teachers enjoy the highest salaries among the club of mostly highly-developed countries in the OECD.

These figures put Luxembourg's teachers way above second-placed Germany, where experienced secondary teachers get an average of just over €89,000 ($91,041), with primary school teachers receiving about €79,000 ($80,407).

As such, it's no surprise that training to be a teacher remains a popular option in the Grand Duchy, with 180 primary school teachers alone starting their training in 2021/2022.

The OECD figures are from 2020 and are calculated based on average pre-tax salaries according to official pay scales. Experience is defined as having worked for at least 15 years in schools. 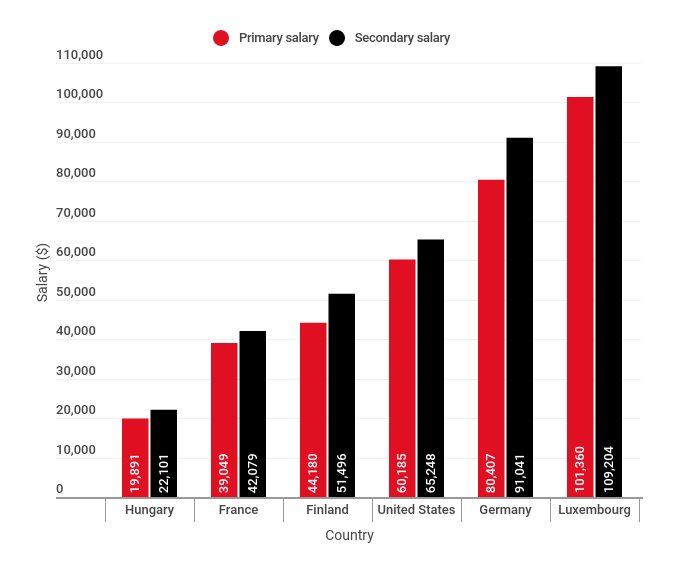 Not only do teachers enjoy high salaries in the Grand Duchy, they also benefit from rapid pay growth in the early years of their careers. A study published by the European Commission in 2020 found that teachers' salaries rose rapidly during the first few years in the profession.

Nevertheless, it's not all good news. Between 2014/15 and 2018/19, teachers in Luxembourg lost around 11.6% of their purchasing power, as inflation eroded the value of their salaries.