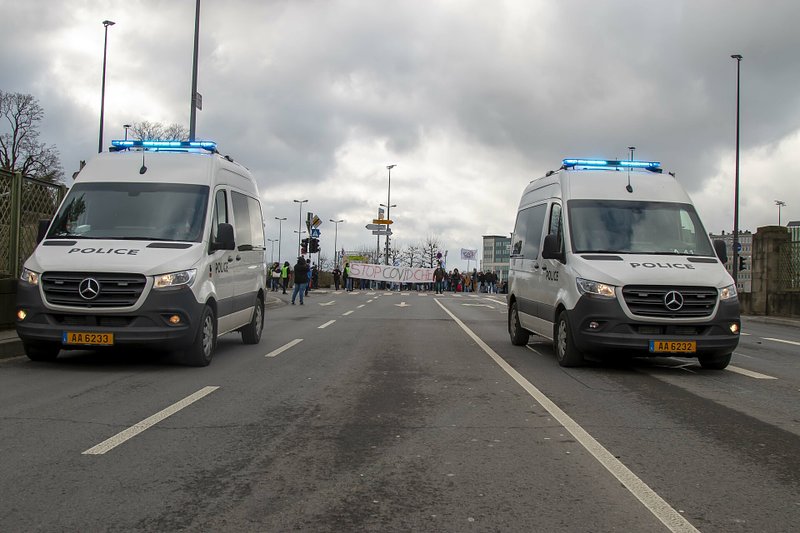 About 60 people gathered in the capital on Saturday to demonstrate against the government's coronavirus restrictions.

The police report that the protest unfolded peacefully, however controversial chants were again heard directed towards the Prime Minister, Xavier Bettel.

During last week's protest, some people were heard chanting in Luxembourgish lines such as "Bettel will be hanged on the new Red Bridge because he is completely insane", an incident which was later brought to the attention of the police. Videos from the scene show that these chants were repeated this Saturday.

Participants gathered at Glacis at 1.30pm and a group of about 60 people then marched towards Boulevard Schuman. They stopped at the Red Bridge and returned to Glacis by 4.30pm.

The protest was announced and approved beforehand, which is why the stretch between Glacis and Place de l'Europe was shut for traffic. Police further accompanied the protestors to monitor the situation.

Traffic was disrupted for a period of time on Boulevard Robert Schuman, at the Schuman roundabout, as well as in Avenue de la Porte-Neuve.

The police checked the identity of one individual at the protest, which they can do if a person poses a threat to public order, others, or themselves.