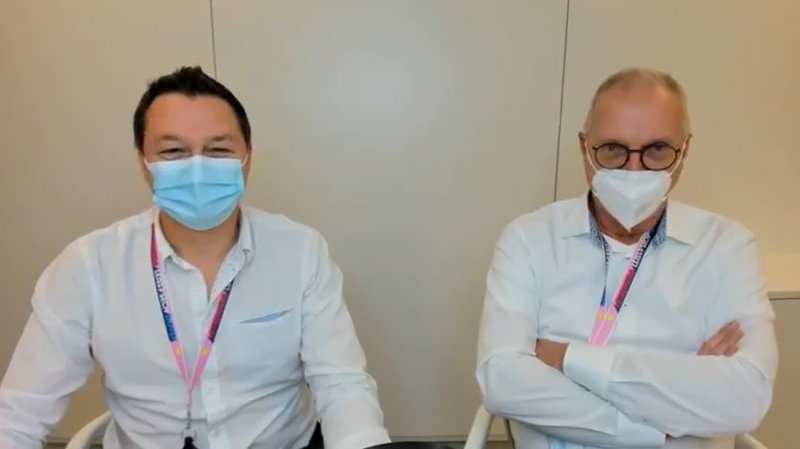 While Luxembourg has not yet passed the peak of the Omicron wave, the experts are fairly certain that this will occur in the near future.

On Thursday, Dr Jean-Claude Schmit and Dr Thomas Dentzer participated in one of the National Health Directorate's regular Q&A livestreams on Facebook.

Both experts estimate that the peak of the Omicron wave in Luxembourg will be reached "in early February". After that point, they expect the number of daily new infections to drop "relatively quickly", with Dr Schmit and Dr Dentzer pointing out that this was how it played out in other countries, such as England or Denmark.

At the moment, Luxembourg is recording over 3,000 cases per day. Both health experts stressed that the situation in the country's hospitals is "good", with only a small number of patients requiring intensive care. For the time being, the goal is to avoid severe courses of the disease, Dr Schmit and Dr Dentzer explained. The current vaccines work "very well" in that regard. What they cannot do, however, is "get rid of the virus altogether", the doctors acknowledged.

Another topic of discussion was the education sector, with one viewer asking whether it would not be better to close all secondary schools for two weeks.

According to Dr Schmit, the "big problem" at the moment is in fact primary education. A lot of children are still unvaccinated and infection numbers are very high. Dr Schmit stated that the authorities are aware that the situation is "very difficult" but at the same time they are convinced that it is "important" to keep schools open.

Another question that came up a few times was: "How long do I have to stay at home, if I have been tested positive?"

The health experts clarified that vaccinated individuals have to isolate for six full days, provided that self-tests taken on the fifth and sixth day are negative. The day a person is first tested positive is considered "Day 0".

For unvaccinated individuals, the isolation period is always 10 full days.