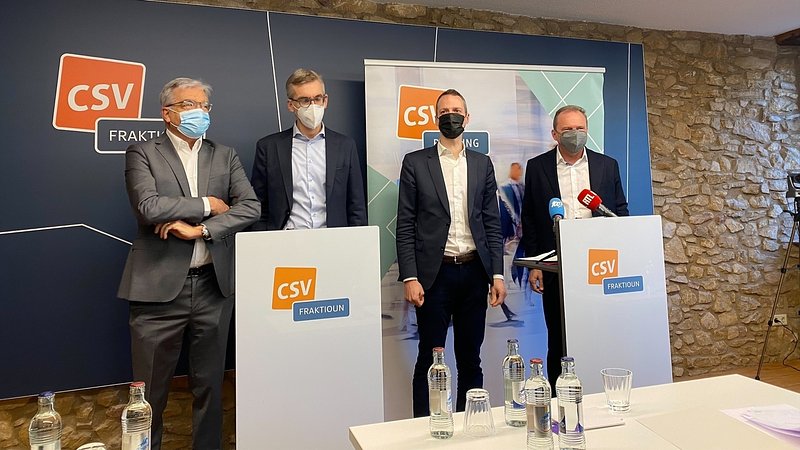 CSV demands that a demonstration law be introduced, one which clearly regulates any form of protest event. The government needs better means to handle illegal and violent demonstrations in particular, said officials at the briefing. They further made a series of proposals concerning how this new phenomenon can be met from a legal point of view, all while respecting people's freedom of opinion.

MP Roth stressed the importance of guaranteeing the right to protest, but simultaneously underlined that people and the police have to be respected. Violence and chaos should not be tolerated, not even in such challenging times as the ones we are facing now, he said: "We believe that the government needs to have the necessary tools to uphold the rule of law and allow authorities in the field to implement it properly."

CSV officials further noted that the pressure they execute is starting to bear fruit. Last week, Minister of Justice Sam Tanson announced a series of new measures, including an increasing of sentences for civil disorder to three years and making spitting on officers a punishable offence. MP Mosar elaborated: "Police officers are being spat on, insulted, and assaulted physically and verbally through social media. To that we say, no more!"

Last week, the government further assured that investigators will have the possibility of using pseudonyms to carry out investigations in the digital sphere. MP Gloden argued that this measure is not far reaching enough and that people identified as being the orchestrators of illegal demonstrations should be punished: "Those organisers have to be held accountable. In France, offenders may face prison sentences of up to six months and monetary fines of up to €7,500."

CSV officials also suggested that the government should reserve the right to prohibit some protests under certain conditions. Furthermore, they reiterated the party's earlier call for authorities to receive the right to expel people from public spaces, as well as the introduction of bodycams.