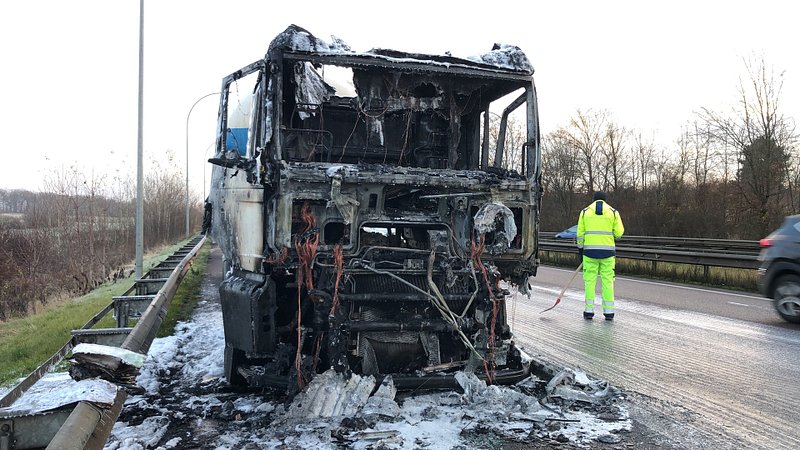 The lorry in question was on its way to Esch-sur-Alzette.

The incident occurred shortly after 6.30 a.m. on Monday. Emergency services managed to react quickly and got the fire under control soon after it started.

The motorway had to be completely shut in both directions until the fire brigade had the situation under control. Traffic in the direction of Luxembourg City was able to flow again soon after, but two out of three lanes in the direction of Esch-sur-Alzette remain closed.

Nobody was injured during the fire. The police have issued a reminder that drivers using the motorway should leave a corridor for emergency vehicle access.