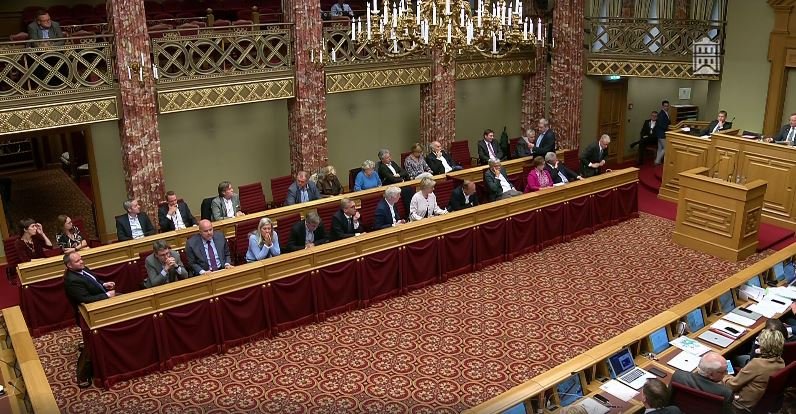 A referendum on constitutional reform would only be supported by the CSV if a respective petition on the subject reaches 25,000 signatures, said MP Claude Wiseler. At the moment it has garnered 8,400 supporters. Eligible voters can still sign the document until 8 November.

MP Michel Wolter (CSV) argued that it will be more constructive to hold one referendum on the complete constitutional reform, rather than organising four separate ones to vote on the four individual chapters.

Nevertheless, after the debate on Wednesday, the CSV still decided to adopt the first chapter of the constitutional reform, same as coalition parties DP, LSAP, and The Greens, as well as the Pirate Party. Given that the document is concerned with a reform of the country's constitution, MPs will have to vote on the issue again in three months, and it can only pass with a two-thirds majority. If not, a referendum will have to be held.

MP Nathalie Oberweis from The Left drew attention to the fact that there were protesters outside the Chamber asking for a referendum. She further criticised that not enough had been done to inform the public about the content of the planned reform. The Left thus chose to abstain from voting on Wednesday.

The ADR was the only party to vote against the first chapter of the reform. They believe that the separation between prosecution and judges is not significant enough. MP Mars Di Bartolomeo (LSAP) meanwhile underlined that his party is not against a referendum, which has to be held if 16 MPs or 25,000 eligible voters argue in favour of one.

The first chapter of the reform focuses on three distinct aspects of the justice system. One, a "national council of justice" is to be created, which will nominate judges, a process formerly conducted by the Ministry of Justice. The council will further oversee the proper functioning of the courts.

Two, procedural aspects, such as impartiality or presumption of innocence, will be inscribed into the constitution. And three, the independence of the justice system will also be constitutionally anchored.

The other three chapters of the planned constitutional reform are concerned with "rights and freedoms", the "organisation of the government", and the "Chamber of Deputies and the State Council". It is not yet known when MPs are to cast their first votes on any of the chapters.