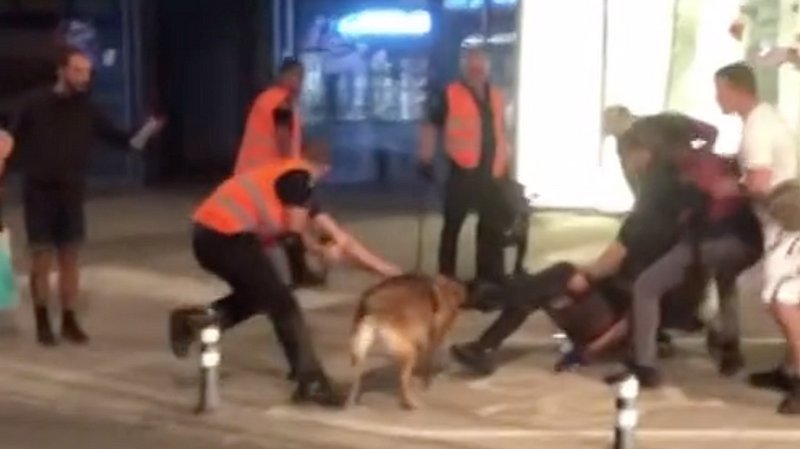 The managing director of the security firm implicated in the incident from the Gare quarter, gave his version of events on Tuesday.

The event has been dominating the news for days. Politicians, ministers, the mayor, and of course social media have all been reacting to the attack of a man by a dog Saturday night in the Gare quarter of Luxembourg City.

On Tuesday, Laurent Jossart, managing director of G4S, the security firm tasked with patrolling the streets, gave his version of events during a telephone interview. He explained that the incident started when two agents and the dog were "called over and violently insulted."

"As they are trained not to react to provocation, they kept their distance (40 meters according to the internal report)," he explained. Nevertheless, the person came back and "threatened them with a chair", after which they called a second patrol for assistance.

"They tried to calm the person down, who was drunk," he said. The security agents then "stepped back" and "tried to continue on their way", but the individual continued towards them "with a firearm", according to the agents' testimony.

At this point they decided to call the police, "around twenty minutes" into the altercation. "The dog was so excited that he managed to remove its muzzle and catch the attacker by the thigh", explains Laurent Jossart, adding that this was "a deterrent gesture" and "self-defence". The man then hit the dog and "the rest can be seen on social media."

Laurent Jossart stated that the agent in question was trained in Belgium and holds a dog handler diploma. The dog itself holds an aptitude certificate issued by an official authority. "The agent is experienced, over ten years as an agent and around half of those as a dog handler," he stressed.

Laurent Jossart confirmed Tuesday that G4S had filed a complaint "because our staff is trained in self-defence and what the dog did counts as self-defence". For the managing director, this was "an adequate reaction" to the behaviour of the "assailant", whose injuries were "benign", according to his information.

An investigation has been opened to determine the exact circumstances of the event.